Nakashima Is Next, Clinches Milan Crown 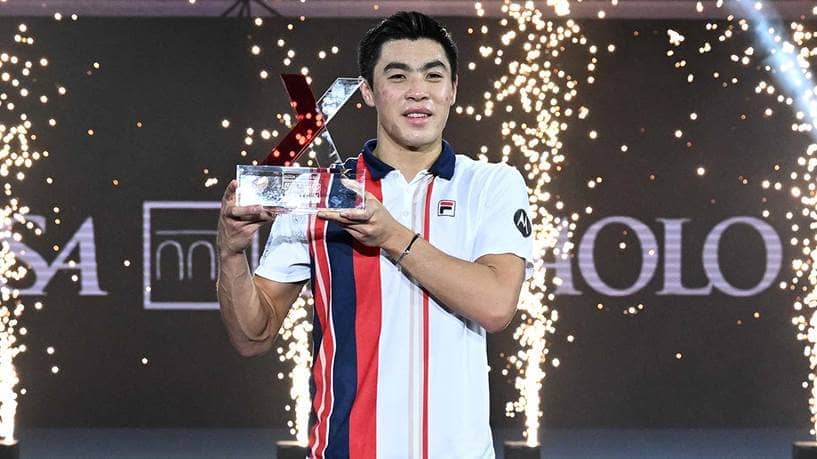 One year ago, Brandon Nakashima fell in the semi-finals of the Intesa Sanpaolo Next Gen ATP Finals. The American would suffer no such heartbreak in his second - and final - appearance in Milan, defeating Jiri Lehecka 4-3(5), 4-3(6), 4-2 in Saturday's title match to emerge as an undefeated tournament champion.

The 21-year-old quickly found his range, striking his fierce groundstrokes with precision and power in front of a vocal crowd at the Allianz Cloud to become the first American to triumph at the 21-and-under event. 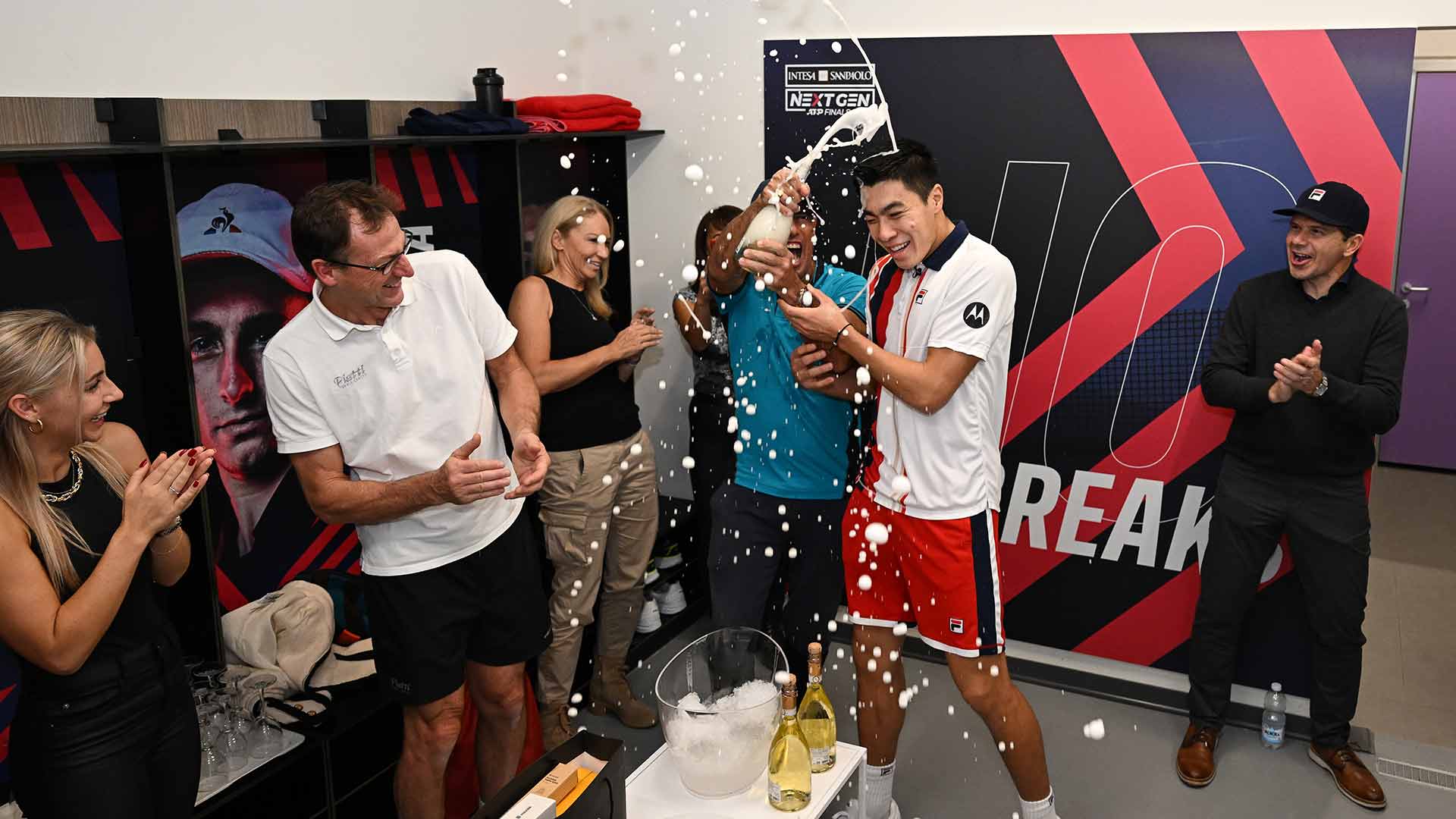 “I am super happy right now,” Nakashima said. “It was a great tournament, this whole week. This final was another tough match. Just a few points that could have gone either way. I am happy with my level today. It is a good way to finish off the year.

“It was a final, so there are going to be some pressure moments. There were some nerves at the beginning, but I am happy I was able to turn it around quickly and close it out at the end.”

In a hard-fought clash, Nakashima rallied from 1-3 in the first set and saved two set points in the second-set tie-break as he raised his level under pressure. The American struck 19 winners and committed just four unforced errors to secure his standout victory in 80 minutes.

The fourth seed Nakashima was a dominant force throughout the week in Milan, dropping just two sets in the round-robin stage, which included a straight-sets victory against Lehecka. He then downed British lefty Jack Draper in the semi-finals to reach the championship match.

“Being American and being able to play here in Milan is the best feeling in the world," Nakashima said. "I am going to take the [title] back to the United States and now take some time off.

“My team means everything to me. Together we have had such a great year, working well together. I am happy with where we are at right now and we are going to enjoy this one.”

The 21-year-old looked comfortable with the first-to-four, best-of-five-set format during the event, while he quickly adjusted to the 15-second shot clock rule following aces and missed returns as he raced through his service games during the week.

By triumphing in Italy, the American has ended his second season on Tour in style. Nakashima, currently No. 49 in the Pepperstone ATP Rankings, lifted his maiden tour-level trophy on home soil in San Diego and reached the fourth round at a Grand Slam for the first time at Wimbledon.

Lehecka started the season at No. 141 in the Pepperstone ATP Rankings but is now No. 74. The 21-year-old Czech, who defeated Dominic Stricker to reach the final, enjoyed a run to the semi-finals as a qualifier in Rotterdam in February, before he clinched an ATP Challenger Tour trophy in Liberec.