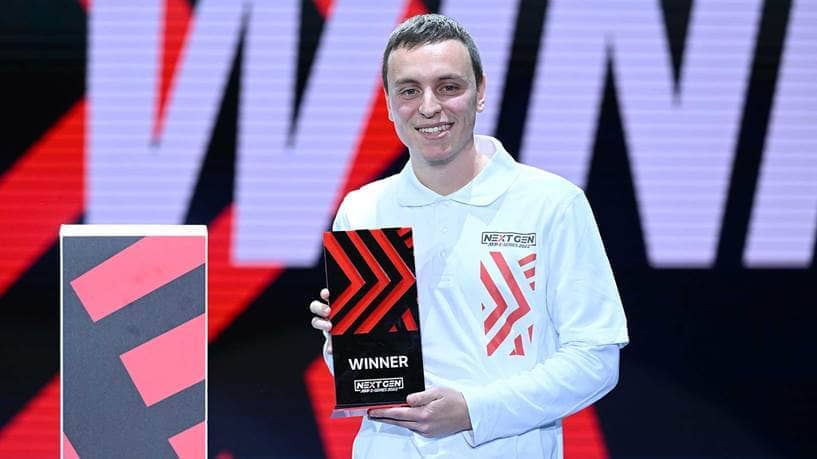 ©
Isniper lifts the trophy in Milan.

The 2022 NextGenATP E-Series concluded on Saturday in Milan with the best eight eSports players competing on Tennis World Tour 2.

Organised by Mkers, ATP and the Italian Tennis Federation, 128 players have competed since July with virtual racquets in six online tournament stages, with the top eight qualifying for the final event at the Allianz Cloud.

In the final, Isniper, who was playing with Stefanos Tsitsipas, overcame Ivan_mas96, who was also controlling Tsitsipas, 3-1, 3-1 to retain his title.

“It feels great,” Lorenzo Cioffi said. “It is the second year in a row that I have won, so it feels great to defend my title. It felt incredible to play here, from the qualifications to now. I love it.”