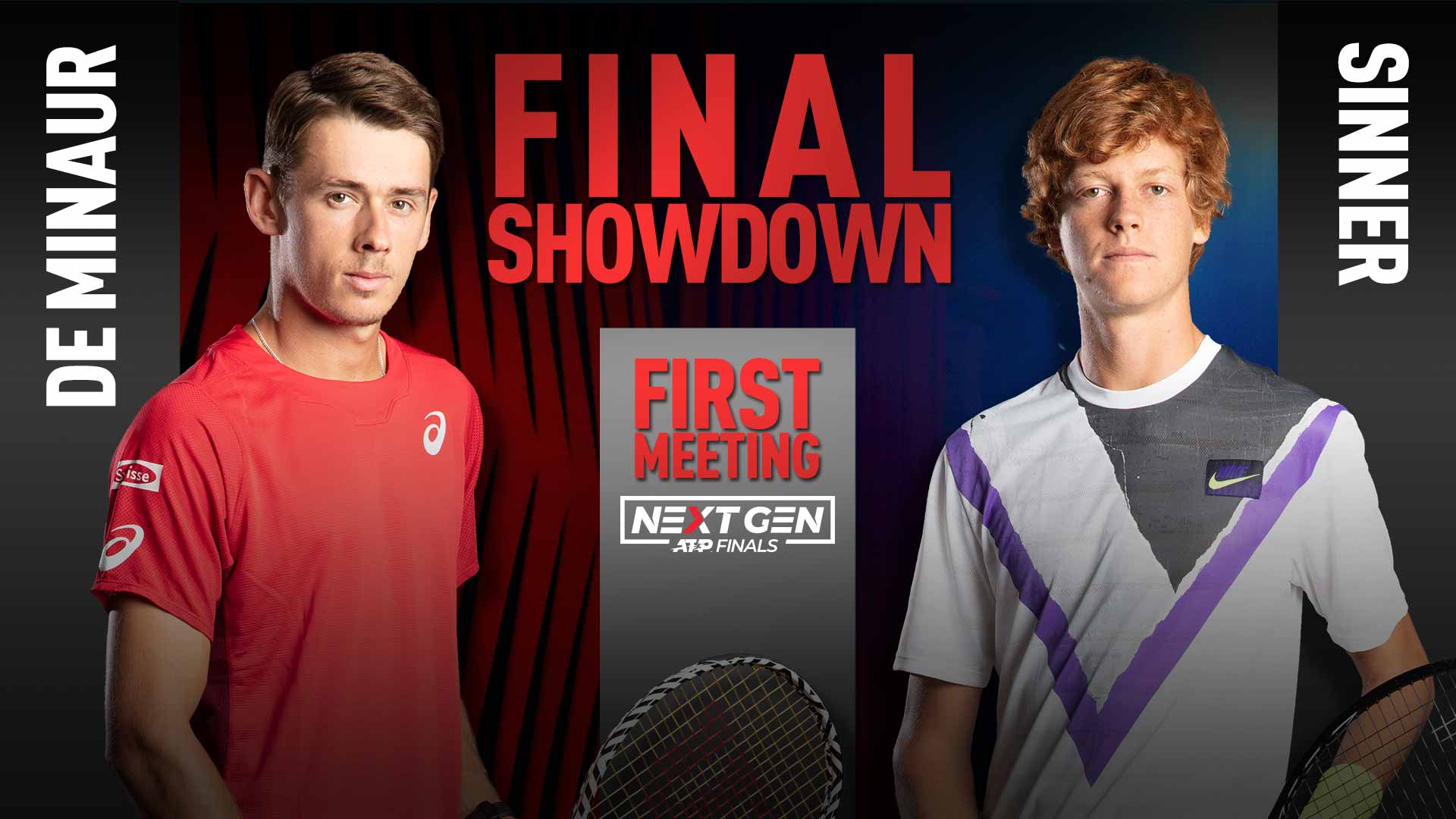 Alex de Minaur is the top seed in Milan, the highest-ranked player in the field (No. 18) and the 2018 Next Gen ATP Finals runner-up (l. to Tsitsipas).

He is also the only player in the field who has yet to drop a match, and the 20-year-old will play in his second Milan final on Saturday night against 18-year-old Jannik Sinner, the eighth-seeded Italian wild card.

But don't tell De Minaur he is the favourite ahead of his second Next Gen ATP Finals title match. “I don't see it as I'm the favourite; I see it as it's just another tennis match,” he said.

The Aussie returned to the Next Gen ATP Finals title match on Friday with a 4-2, 4-1, 0-4, 4-2 win against American Frances Tiafoe. De Minaur improved to 2-0 against the affable American in their FedEx ATP Head2Head series, having also beaten Tiafoe in four sets at the 2018 US Open.

For the second consecutive year, De Minaur rolls into the Milan final with a perfect 4-0 record. Yet he's not feeling overly confident ahead of the final. Sinner, at No. 95 in the ATP Rankings, is 77 spots lower than De Minaur. But the teenager is 3-1 this week and will have the Italian crowd roaring on Saturday night.

De Minaur said: “Here you put everything aside. It doesn't matter what rankings, form, how you have been playing. It's a tennis match, and you're playing your opponent. It's about whoever plays better on that day.

"Coming through this week, I haven't thought about being the favourite once. Coming tomorrow, it is not going to change. It's just another tennis match for me, and I'm going to do everything in my power to come tomorrow and play the best possible tennis I can, and hopefully that will be able to help.”

He and Sinner have never played, but De Minaur has been impressed by the Italian's run. Sinner, after starting the year at No. 551, has climbed 456 spots in the ATP Rankings this season and beat Nitto ATP Finals alternate Gael Monfils last month en route to the semi-finals of the European Open, an ATP 250.

“You can just see what he's been able to accomplish, especially in the ATPs. It's pretty special,” De Minaur said. “The amount of firepower he has is up there with anyone out there on Tour. It's pretty amazing to see and to witness, because it doesn't come very often.”

“I think the atmosphere will be great like today. It's unbelievable here, the atmosphere, and I enjoy every moment I play,” Sinner said. “I will try to play my best tennis, because against Alex, if you want to win, you have to. It's not an easy match tomorrow, but I [will] try my best.”