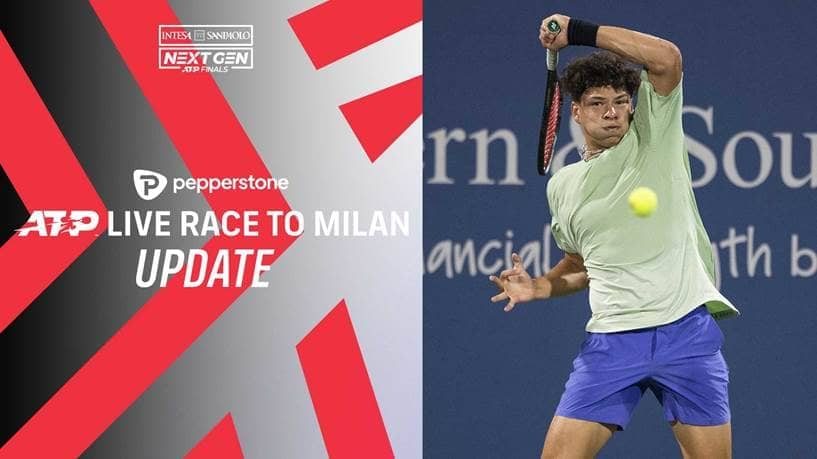 © Mike Lawrence/ATP Tour
Ben Shelton has climbed eight spots to No. 13 in the Pepperstone ATP Live Race To Milan following his run in Cincinnati.

#NextGenATP American Ben Shelton made waves at the Western & Southern Open this week, claiming his first Top 5 win against Casper Ruud en route to the third round in Cincinnati.

The 19-year-old has boosted his chances of qualifying for the Intesa Sanpaolo Next Gen ATP Finals for the first time following his standout run at the ATP Masters 1000 hard-court event.

Shelton, who made his tour-level debut in Atlanta last month, has risen eight spots in the Pepperstone ATP Live Race To Milan to No. 13 and will have the chance to climb further after receiving a wild card for the upcoming US Open.

Lorenzo Musetti, Holger Rune, Jack Draper and Jiri Lehecka are positioned third to sixth, respectively, and will all be aiming for deep runs at the Winston-Salem Open this coming week to further solidify their positions.

Musetti captured his maiden tour-level crown in Hamburg in July, while Lehecka triumphed at an ATP Challenger Tour event on home soil in Czech Republic earlier this month. Lehecka, who is 35-23 on the season across all levels, is aiming to qualify and make his debut at the 21-and-under event, taking place in Italy in November.