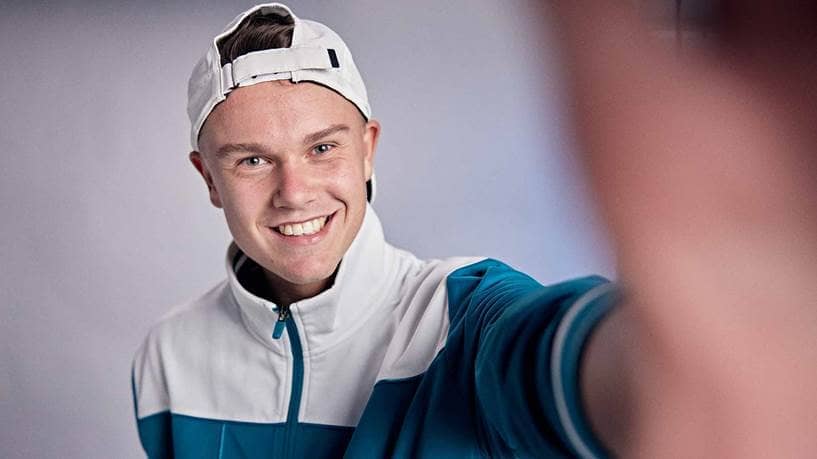 For #NextGenATP Dane Holger Rune, his standout fourth-round win over Stefanos Tsitsipas on Monday at Roland Garros was 13 years in the making.

While his victory over the World No. 4 was down to brutal hitting and impressive agility, the wheels for Rune’s recent success were set in motion back in 2009 at a club in Denmark. While his older sister took to court, Rune, aged five, watched on alongside his mother, Aneke Rune, and quickly became fascinated by the sport.

“All the other little sisters and brothers would be saying, ‘Can we go home soon?’” Aneke told ATPTour.com last year. “I could pay all my attention to Alma and when one match was finished he took his chair and moved it over to find another match to watch.

“He was hooked before he started himself. He wanted to start, but he wasn’t allowed to until he was six. So when he did start, he was very motivated.”

After waiting patiently, Rune was finally allowed to play. For the Dane, his passion for watching quickly transpired into competing. His current coach Lars Christensen spoke to ATPTour.com last year and recalled his earlier memories of Rune.

“He was totally dedicated to tennis. In the beginning, he was playing a bit of soccer as well and he was doing all kinds of leisure things. But very [quickly], he just wanted to be a tennis player,” Christensen said. “One week he was Rafa with the headband and all the gear. He wanted to be like Rafa. The next week he would be Federer and he was totally dedicated to it. He really loved playing tennis.”

For Rune, the opportunity to play Spaniard Rafael Nadal will arise this week if both can reach the final at Roland Garros. If you were to ask Rune to talk about the 13 Roland Garros titles Nadal has won in his career, you can expect the Dane to give you a detailed answer.

The 19-year-old, who is currently No. 28 in the Pepperstone ATP Live Rankings, eats, drinks and sleeps tennis according to his mother. While Rune briefly took up skateboarding when he was a kid, the Dane was always invested in following the Tour.

“He can spend hours. It’s not just a movie for him. It’s the footwork, he can tell you the backhand down the line [Stan] Wawrinka hit in that match in that year. You can ask him anything and he can answer, he’s just so much into details,” Aneke said.

His passion for tennis can be seen in his desire to attend events when growing up. Last November, Rune made his debut at the Intesa Sanpaolo Next Gen ATP Finals. However, it was not his first visit to Milan, with Rune visiting as a fan in 2017.

“I watched it [the Intesa Sanpaolo Next Gen ATP Finals] when I was very young with my mum. She bought tickets for Christmas, an early Christmas gift in 2017,” Rune told ATPTour.com last November. “I went to Milan to watch the first edition when Hyeon Chung won and [Andrey] Rublev played and [Daniil] Medvedev.”

On Wednesday, kids will be in the stands on Court Philippe Chatrier to watch Rune play against Casper Ruud. The talented teenager - who has improved his mentality over the years according to his coach - is is the first Danish man in the Open Era to advance to the quarter-finals at a Grand Slam. 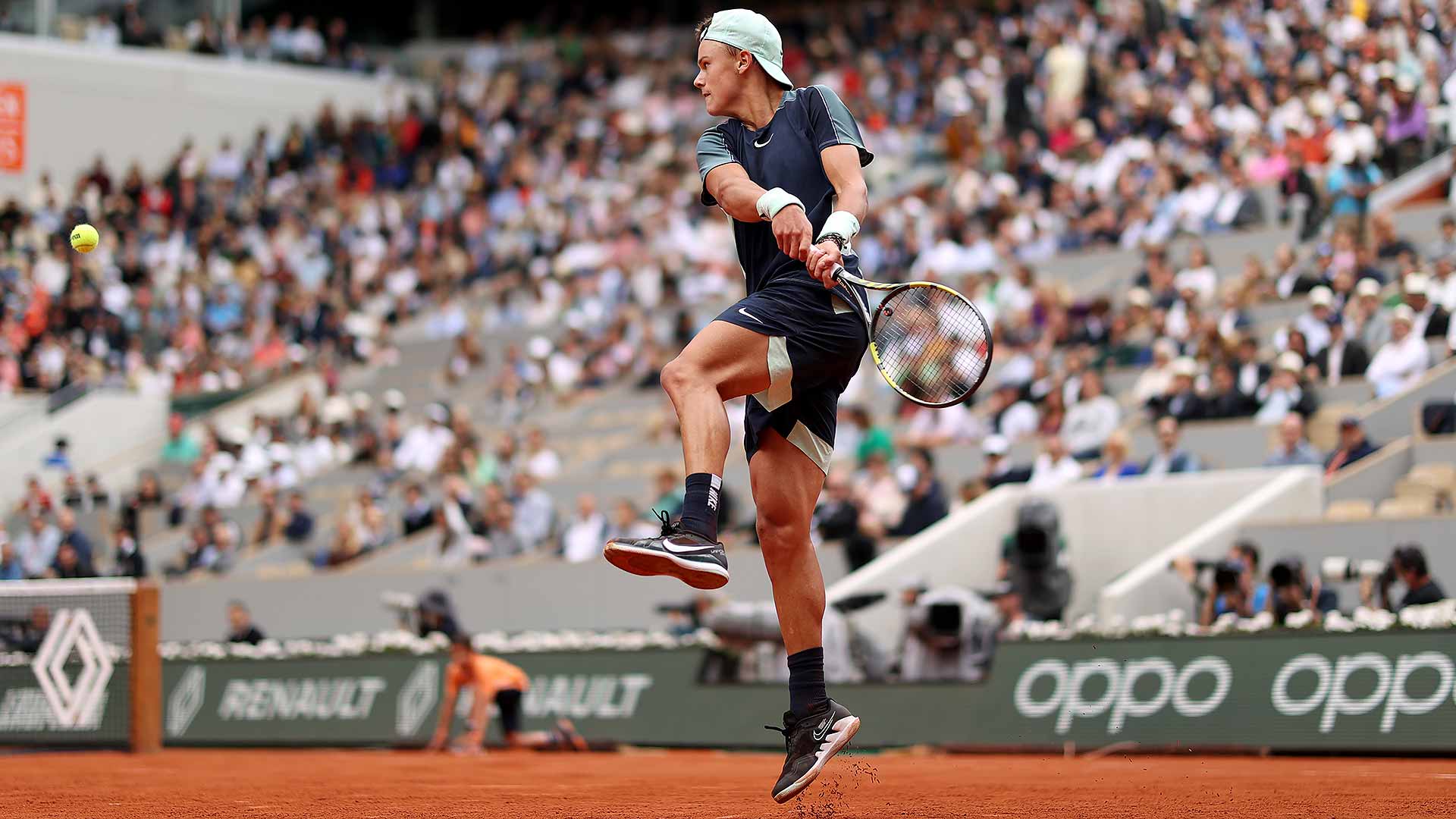 Earlier this season, the Dane made waves on the ATP Tour. He earned his maiden Top 10 win against Alexander Zverev in Munich, before he clinched his first ATP Tour title later that week in Germany. By reaching the last eight on his debut in Paris, the 19-year-old has made his biggest splash yet.

Ruud will take a 3-0 ATP Head2Head series lead into his match with Rune, but whatever happens, the Dane will leave Paris with his head held high.

For the 19-year-old, it is just another step on the pathway to his ultimate goal.

”My ultimate goal is to be No. 1 in the World. I'm not going to hide it, because it is and it's always been [my goal],” Rune said following his win against Tsitsipas. “I know there is a long way. There has been even a longer way, but now I'm getting closer and closer. I believe in myself, and also being capable of beating these kind of players, not only one time but also in a Grand Slam where we all know that they want to perform at their best.”

If Rune can continue to climb the Pepperstone ATP Rankings, he might reward himself with a ‘cheat meal’ to celebrate his efforts and for the 19-year-old, his choice of food would be simple.

“I would probably have either pizza or a burger as my main course and then probably a chocolate mousse,” Rune recently told ATPTour.com. “That is very good in France.”