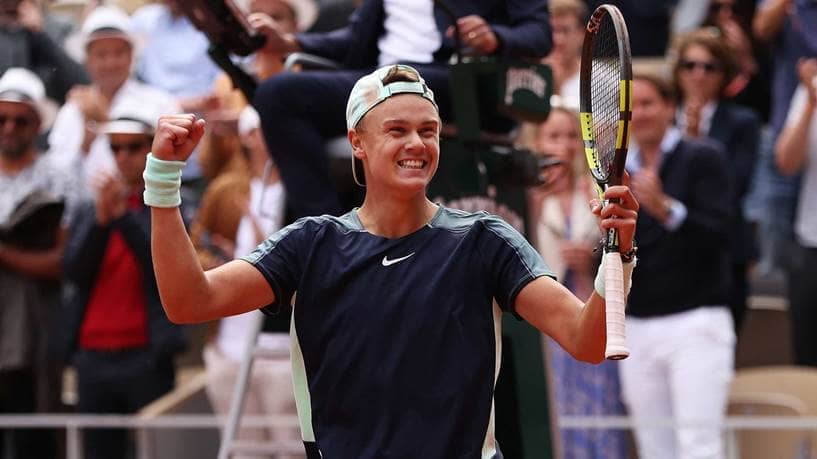 Holger Rune has boosted his chances of qualifying for the Intesa Sanpaolo Next Gen ATP Finals after reaching the quarter-finals at a Grand Slam for the first time at Roland Garros.

The 19-year-old, who became the first Danish man to advance to the last eight at a major in the Open Era, is third in the Pepperstone ATP Race To Milan as he looks to compete at the 21-and-under-event, which will be held in the Italian city from 8-12 November.

“I have an unbelievable feeling right now,” Rune said following his fourth-round win over World No. 5 Stefanos Tsitsipas in Paris. “I was so nervous at the end but the crowd was amazing for me the whole match, the whole tournament. I am so grateful and so happy to be playing on this court. You guys are amazing.”

Italian Lorenzo Musetti strengthened his chances of competing on home soil in November by capturing his first ATP Challenger Tour title of the season in Forli last week. The 20-year-old, who played in Milan in 2021, is fourth with 621 points.

Carlos Alcaraz continues to lead the way following his run to the quarter-finals in Paris. The 19-year-old clinched his first two ATP Masters 1000 titles in Miami and Madrid this year and has earned a joint Tour-leading four trophies in 2022. The Spaniard triumphed in Milan last November.

Jannik Sinner remains in second following strong performances on clay in Rome and at Roland Garros. The Italian reached the quarter-finals at the clay-court Masters 1000 event in the Italian capital, before he advanced to the fourth round in Paris, where he was forced to retire when playing Andrey Rublev.

Chun-hsin Tseng sits seventh after he battled through qualifying to make his Roland Garros debut, while Brandon Nakashima sits eighth following a run to the third round at the clay-court Grand Slam.

Other players who made big moves in the Race were Czech Dalibor Svrcina and Italian Francesco Passaro. Svrcina rose six places to 11th, while Passaro climbed 12 spots to 13th.