Rune To Compete In Milan 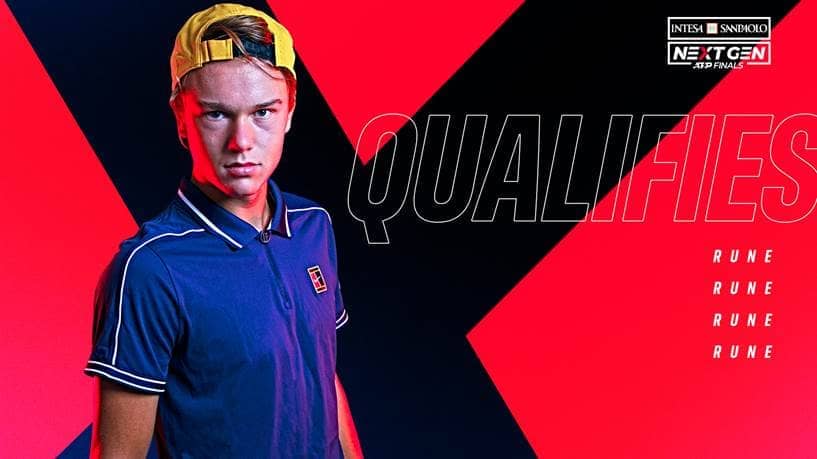 Following Jannik Sinner's withdrawal, Holger Vitus Nodskov Rune has qualified for the Intesa Sanpaolo Next Gen ATP Finals in Milan, to be played from 9-13 November.

Rune became the youngest ATP Tour quarter-finalist since 2014 in March at the Chile Dove Men+Care Open in Santiago, where as a 17-year-old he advanced to the last eight as a qualifier. The teen, who also made the last eight at the Moselle Open in Metz, became the first Dane to reach an ATP Tour quarter-final since Kristian Pless in 2006 (Newport).

Rune proved he is able to compete with the best in the world at the US Open, where he took a set off World No. 1 Novak Djokovic before losing against the Serbian. He qualified at Flushing Meadows on his first qualifying attempt at a major.

Sinner is still in contention for a place in the Nitto ATP Finals in Turin, and is scheduled to compete next week in the Stockholm Open. The Italian is currently ninth in the FedEx ATP Race To Turin, putting him within striking distance of a spot at the season finale.