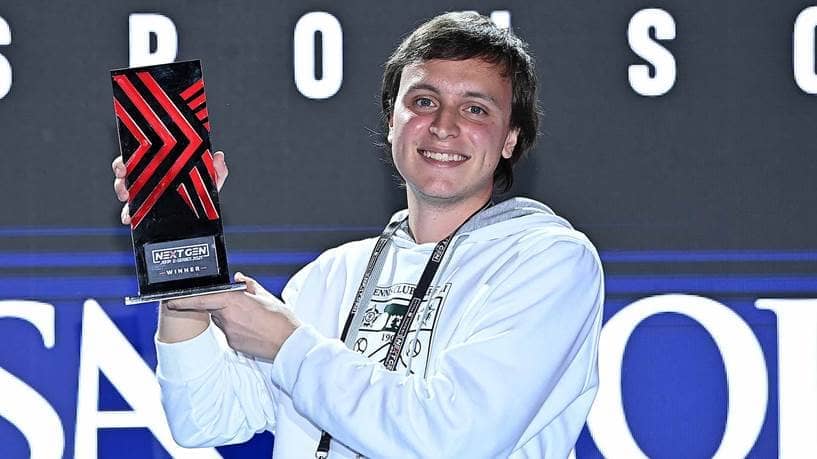 The 2021 NextGenATP E-Series came to a conclusion on Saturday in Milan with the best eight eSports players competing on Tennis World Tour 2.

Organised by Mkers, ATP and FIT, 128 players have competed since June with virtual racquets in six online tournament stages, with the top eight qualifying for the final event at the Allianz Cloud.

On the event, managing director and board member of Mkers, Paolo Cisaria said: "For the first time, representative institutions such as ATP and FIT decide to enter the esports world. This important collaboration gives Mkers a further step towards the internationalisation of the group. The 2021 Next Gen ATP E-Series is another step towards the credibility and importance of esports and the virtual tennis world."

"It feels great to win," Lorenzo Cioffi said, who uses the handle Isniper. "Especially after playing online, it was great to play here. I practised two hours a day into the lead up to the event, focusing on a few things that I needed to work on."