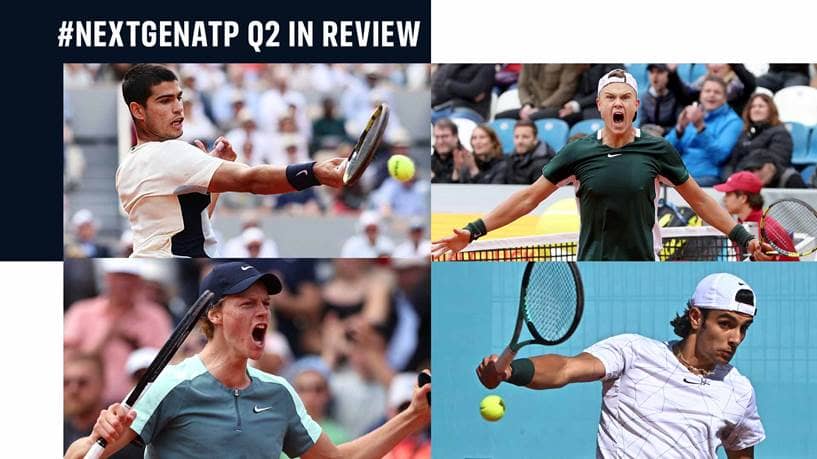 © ATP Tour/Getty Images
The 2022 Intesa Sanpaolo Next Gen ATP Finals will be held from 8-12 November in Milan.

Four #NextGenATP stars have continued to lead the pace in the Pepperstone ATP Race To Milan, with maiden tour-level titles, Top 10 wins and career-high rankings the story of the second quarter of the 2022 season.

Carlos Alcaraz made history when he captured his second ATP Masters 1000 title in Madrid, while there was delight for Holger Rune, who clinched his maiden tour-level crown in Munich.

Italians Jannik Sinner and Lorenzo Musetti both flourished on the clay, with the former reaching quarter-finals in Monte Carlo and Madrid. Musetti earned his first Top 10 win of the season against Felix Auger-Aliassime as he boosted his chances of qualifying for the Intesa Sanpaolo Next Gen ATP Finals, to be held from 8-12 November.

No. 1 Carlos Alcaraz, 3820 points
The Spaniard has continued to make history in recent weeks, with his season going from strength to strength on the European clay.

The 19-year-old soared to success on home soil at the Barcelona Open Banc Sabadell in April, which meant he became the youngest player to crack the Top 10 since Rafael Nadal did it exactly 17 years before on 25 April 2005 after lifting his first Barcelona trophy. Fuelled by confidence, Alcaraz then made the 620 km journey to Madrid, where he enjoyed a dream run to his second Masters 1000 title of the season.

In a standout week, Alcaraz eliminated Rafael Nadal, Novak Djokovic and Alexander Zverev to become the first player to defeat Nadal and Djokovic at the same clay-court event. It was also the first time since David Nalbandian in Madrid in 2007 that a player had overcome three Top 4 stars at a Masters 1000 tournament.

“It feels great to be able to beat these players. To beat two of the best players in history and then Zverev, the World No. 3. He is a great player. I would say this is the best week of my life,” Alcaraz said following his win in the final against Zverev, which moved the Spaniard to a Tour-leading fourth title of the year.

Alcaraz rolled into Roland Garros at a career-high No. 6 in the Pepperstone ATP Rankings. He saved a match point against Albert Ramos-Vinolas en route to his second quarter-final at a major, where Alexander Zverev stopped him in a gruelling four-set encounter.

No. 2 Jannik Sinner, 1430 points
Consistency was the key for Sinner on clay, with the Italian strengthening his position in the Pepperstone ATP Race To Milan. The 20-year-old, who lifted the trophy at the Intesa Sanpaolo Next Gen ATP Finals in 2019, ended the swing on the surface holding an 11-4 record. 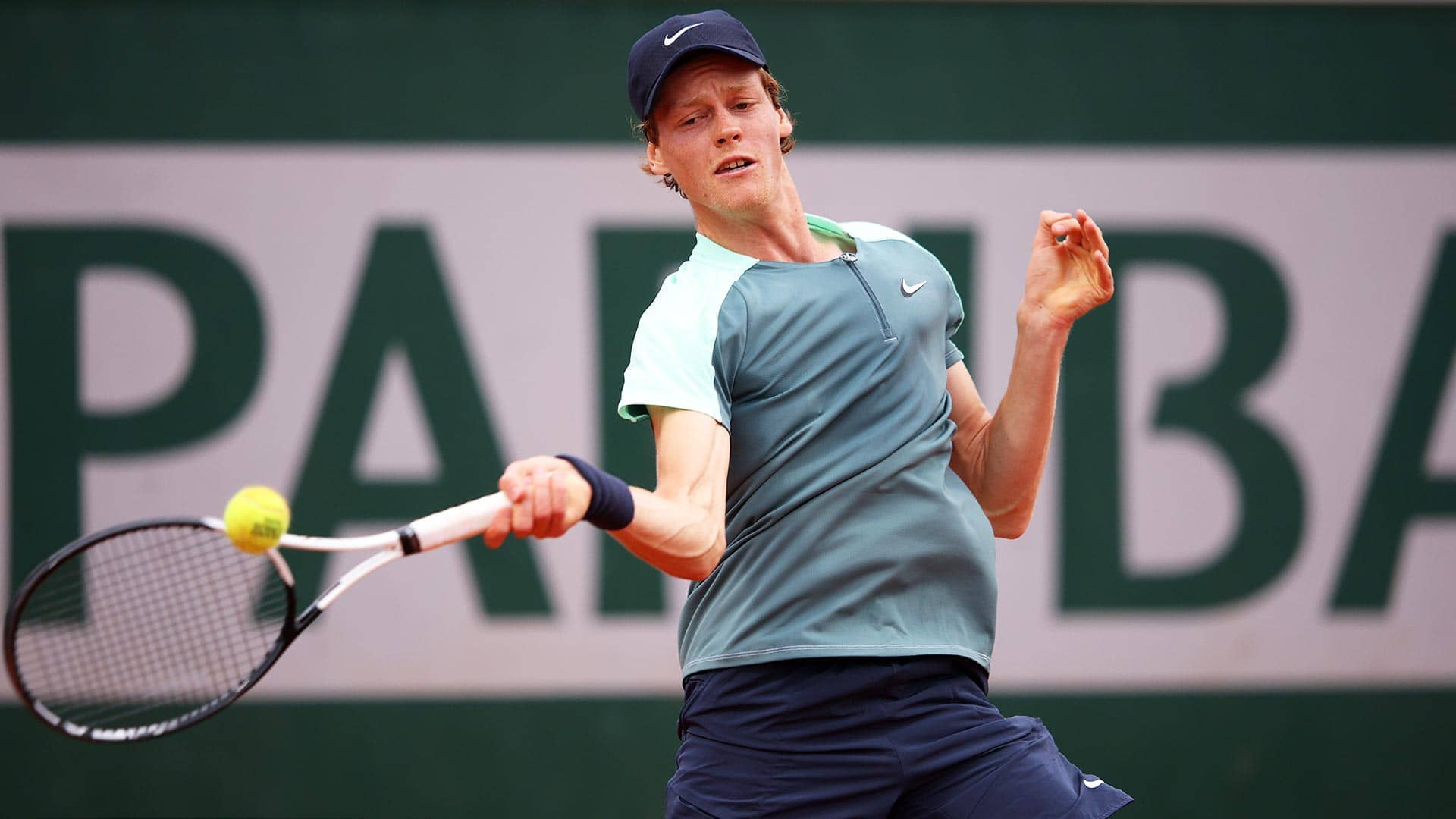 Photo Credit: Getty Images
Under the guidance of new coach Simone Vagnozzi, Sinner earned his first Top 10 win of the season in Monte Carlo, defeating Andrey Rublev en route to the quarter-finals. He then saved three match points to defeat Tommy Paul in the first round in Madrid. By saving three match points against the American, Sinner moved to an ATP Tour-best four wins on the 2022 year after saving match points.

Speaking to ATPTour.com in May, coach Vagnozzi said that he feels Sinner’s fighting qualities are one of the Italian’s biggest assets.

His 100th tour-level victory followed when he eliminated Australian Alex de Minaur to reach the third round in the Spanish capital. It provided an opportunity for Sinner to reflect on his career.

“I have gone my own way. I remember the first win and now I am here at 100 wins. I hope for more as I am working for that and I just love to play tennis," Sinner told ATPTour.com after he reached the landmark. "Every match you win is a great moment."

With 100 wins in the bank, Sinner then advanced to the quarter-finals in Rome for the first time, before an injury ended his Roland Garros run at the fourth-round stage.

No. 3 Holger Rune, 953 points
The European clay period has been a memorable one for #NextGenATP Dane Rune. The 19-year-old soared to his first ATP Challenger Tour title of the year in San Remo, before he came through qualifying to reach the second round in Monte Carlo on debut.

Rune’s major breakthrough came in Munich, though, where he earned his first Top 10 win against Alexander Zverev en route to his maiden ATP Tour title at the 250 event.

“It means a lot. It was my ultimate goal for this year to be able to win my first ATP 250 title,” Rune told ATPTour.com following his title success in Germany. “It happened today and I’m super happy about that and excited about the future. This can only bring good things out of me and I’m going to stay working hard and just try to achieve more things.”

With confidence at an all-time high, the Dane then enjoyed success on French soil. Rune reached the semi-finals in Lyon and then broke more new ground at Roland Garros, shocking World No. 4 Stefanos Tsitsipas to become the first Danish man to advance to the quarter-finals at a Grand Slam in the Open Era.

No. 4 Lorenzo Musetti, 621 points
Musetti boosted his chances of qualifying for the Intesa Sanpaolo Next Gen ATP Finals for the second consecutive year by doing what he does best. Performing well on clay.

The Italian, who is fourth in the Pepperstone ATP Race To Milan, reached the third round at ATP Masters 1000 events in Monte Carlo and Madrid, with the 20-year-old capturing his maiden Top 10 win of 2022 against Auger-Aliassime in the Principality. 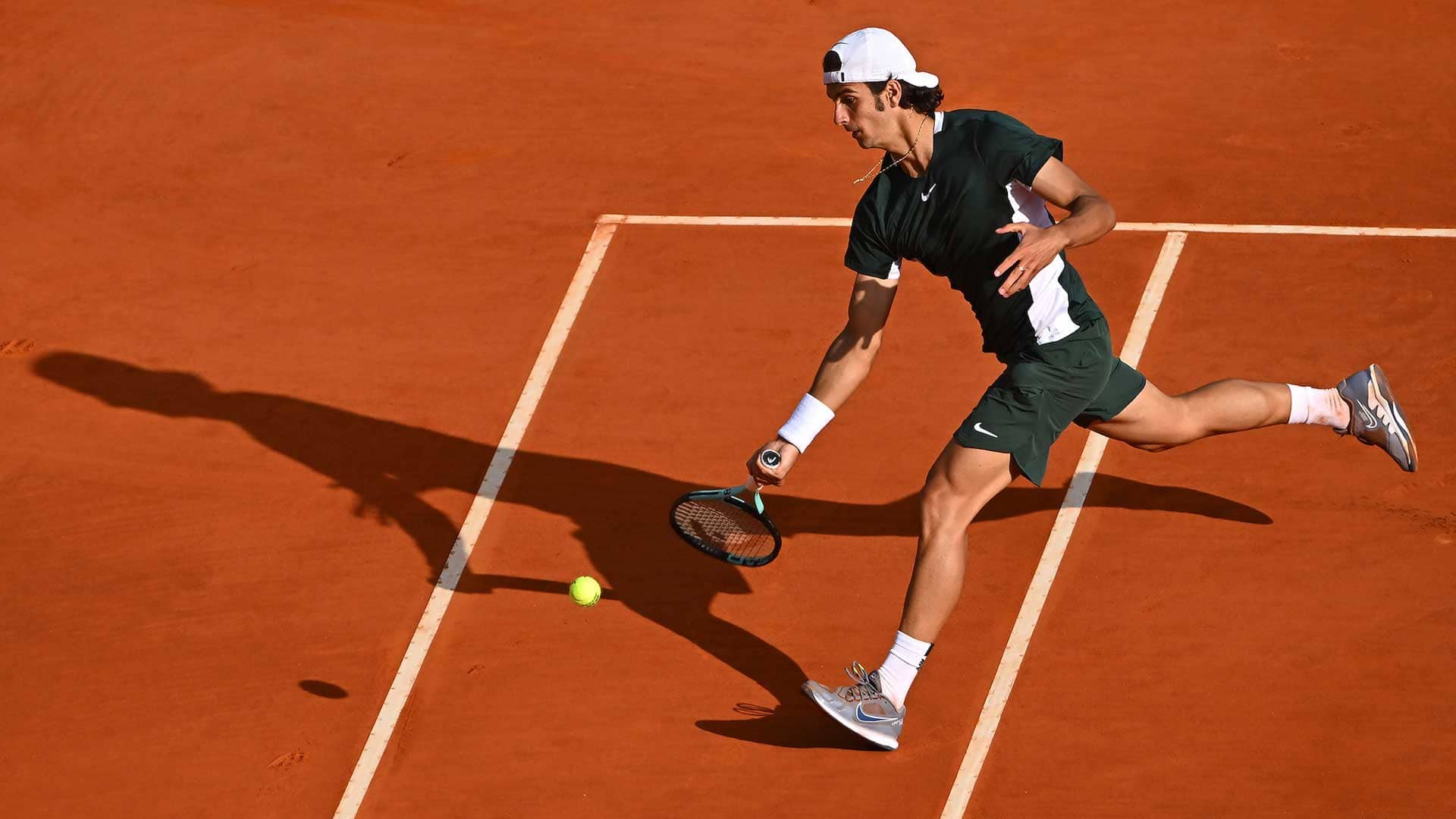 Photo Credit: Corinne Dubreuil/ATP Tour Just as Musetti did in 2021, he gained the spotlight at Roland Garros, taking the first two sets against Greek Tsitsipas before losing in five in their first-round meeting. Last season, the 20-year-old forced Novak Djokovic to a fifth set in Paris before retiring.

“He's fighting. He's a talented player that has a very nice one-handed backhand,” Tsitsipas said when discussing Musetti. “He knows the game on clay. He has grown up playing [on] these courts. He's definitely a difficult opponent to face in any circumstance, really."

With the Greek's words ringing in his ears, Musetti flourished on the clay in Forli, clinching his first ATP Challenger Tour title of the season at the Italian event in June.

Others To Watch
Jack Draper was one of the standout #NextGenATP stars in the first quarter of the season, winning four ATP Challenger Tour titles from January to April. Despite missing a portion of the clay swing due to injury, the 20-year-old Brit tasted further success in recent weeks. The lefty earned his second main-draw match win at an ATP Masters 1000 event when he downed Lorenzo Sonego in Madrid.

Czech Jiri Lehecka is sixth in the Pepperstone ATP Race To Milan, while Chun-hsin Tseng is seventh. Lehecka advanced to his first ATP Challenger Tour final of the season in May, while Tseng of Chinese Taipei came through qualifying to make his debut at Roland Garros.

Brandon Nakashima, who reached the semi-finals in Milan last year, has strengthened his position in eighth with a run to the third round in Paris. Italians Flavio Cobolli and Luca Nardi are ninth and 10th, respectively, meaning they remain firmly in contention to qualify for their home event in November.