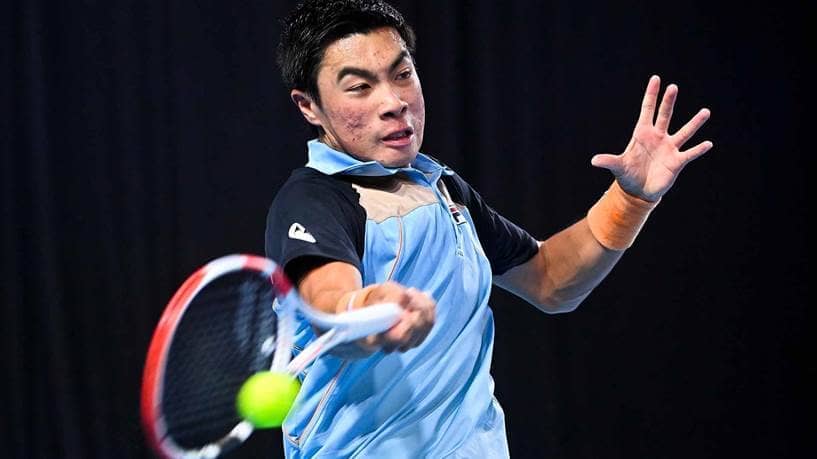 American Brandon Nakashima is making a late push to secure his spot at the Intesa Sanpaolo Next Gen ATP Finals in Milan, and he has a chance to continue his surge this week at the European Open.

Nakashima, who began the week in eighth (686 points) in the ATP Race To Milan, qualified with wins over former World No. 7 Fernando Verdasco and Frenchman Pierre-Hugues Herbert, then reached the second round of the main draw when he upset sixth seed Alex de Minaur.

The 20-year-old, who has reached tour-level finals in Los Cabos and Atlanta this season, started the tournament two points behind Juan Manuel Cerundolo in the Race (688). The Argentine is competing at an ATP Challenger Tour event in Buenos Aires.

Nakashima's countryman, Jenson Brooksby, began the week in fifth (902), and he has secured his standing by advancing to the quarter-finals with victories against fifth seed Reilly Opelka and US Open quarter-finalist Botic van de Zandschulp.

The 20-year-old, who qualified like his countryman, advanced to the fourth round at the US Open, before reaching the second round in Indian Wells, where he took a set off World No. 4 Alexander Zverev. Brooksby reached his first tour-level final in Newport in July.

Italian Lorenzo Musetti was looking to strengthen his claim for a place at the Intesa Sanpaolo Next Gen ATP Finals this week in Antwerp, where he made the second round of the main draw before losing against top seed Jannik Sinner.

The 19-year-old entered the event sixth (886 points) in the Race and has enjoyed a strong season, reaching tour-level semi-finals in Acapulco and Lyon.

The players who have already qualified for the 21-and-under season finale are Washington champion Sinner, Canadian Felix Auger-Aliassime, Umag champion Carlos Alcaraz and Parma titlist Sebastian Korda. The Intesa Sanpaolo Next Gen ATP Finals will be held in Milan from 9-13 November.