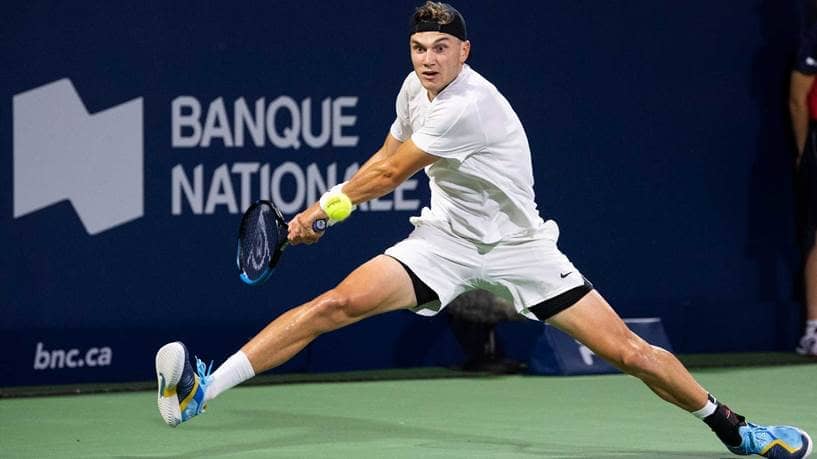 A wild Wednesday filled with upsets in Montreal ended with the biggest shock of them all, according to the Pepperstone ATP Rankings.

On a day that also saw the first, second and fifth seeds defeated, #NextGenATP Briton and World No. 82 Jack Draper closed the night session with a 7-5, 7-6(4) stunner against Stefanos Tsitsipas. By beating the third seed and World No. 5, Draper earned his first Top 10 win.

"This is why I put in all the hard work, for nights like this on stages like this," the 20-year-old qualifier said in an on-court interview. "Last week [after] Washington, me and my coach probably were thinking we weren't even going to come here. We were going to maybe train a week, get a bit of confidence. But it paid off coming."

The gap of 77 places between Draper and Tsitsipas is the largest of any of the day's upsets by some margin, with the Greek joining Daniil Medvedev, Carlos Alcaraz and Andrey Rublev in making an early exit at the National Bank Open Presented by Rogers.

Draper earned the victory by moving the Greek around the court from the baseline and being the steadier player over the course of the two-hour match, particularly at the crucial moments on Court Central at the ATP Masters 1000 event.

"I didn't really have much of a game plan," Draper said. "I just thought I needed to play good tennis to beat Stefanos. He's at the top of the game for a reason. [He's] someone I've looked up to the last few years. It's just good to be out here and try to express myself on this stage."

Both players created plenty of looks on return, with Draper finishing three of nine on break chances and Tsitsipas two of seven. But late in both sets, the Briton frustrated his opponent from the back of the court. Draper instantly recovered an early break in the second set and immediately reclaimed a mini-break in the tie-break before Tsitsipas committed three errors from 4/4 to seal his fate.

It was a deserved victory for Draper, who dominated behind his lefty serve, winning 74 per cent (35/47) of points on his first delivery. While Tsitsipas began to dictate with his forehand in the second set and was the aggressor for much of the contest, he ended the match with 36 unforced errors compared to 35 winners. Draper was a plus-four by that measure, firing 21 winners to 17 errors.

The victory lifts the Briton to No. 62 in the Pepperstone ATP Live Rankings, setting him up for a new career-high. He will next face Gael Monfils, who defeated Maxime Cressy 7-6(10), 7-6(6) earlier in the day.

In the first match of the Montreal evening session, home favourite and sixth seed Felix Auger-Aliassime overcame stubborn resistance from Yoshihito Nishioka to earn a 7-6(6), 6-4 victory and set up a Thursday meeting with Los Cabos finalist Cameron Norrie.

Spurred on by the Court Central crowd, Auger-Aliassime used aggressive hitting to dismiss Nishioka, who fell to Nick Kyrgios in the Washington final on Sunday. As demonstrated by INSIGHTS: In Attack analysis, the Canadian played 25 per cent of his shots from an attacking position, more than the ATP Tour average of 23 per cent. 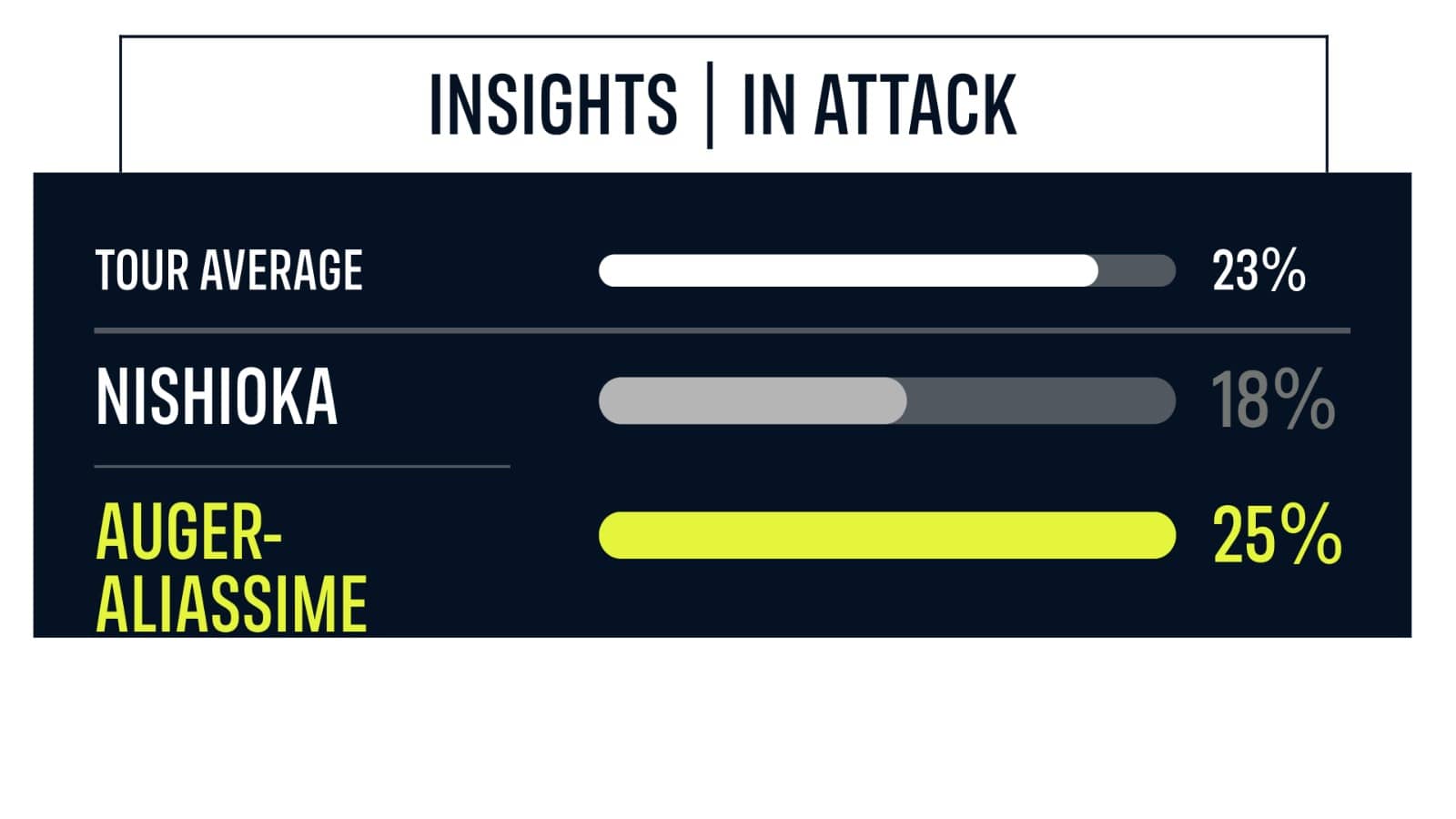 But in the highlight point of the match — which crucually doubled as set point in the opener — Auger-Aliassime did his damage from defence. As Nishioka found the corners to gain an advantage in a marathon point, the Canadian turned the tables with a stunning pass that electrified the Montreal crowed and propelled him to victory.