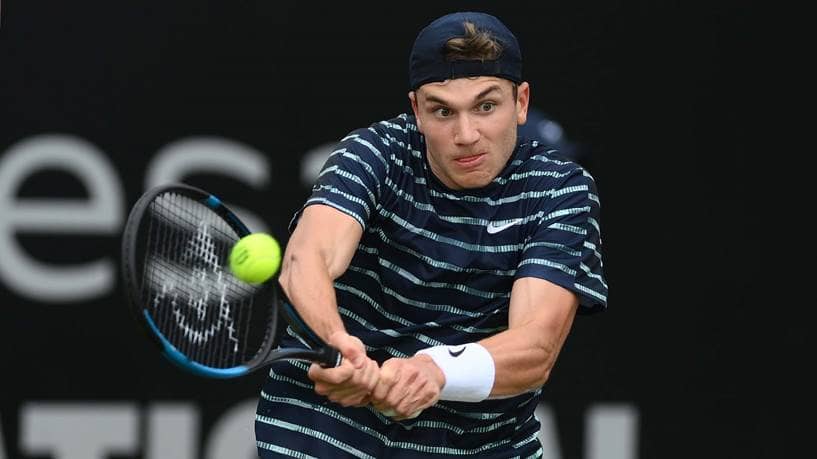 The 20-year-old overcame World No. 15 Diego Schwartzman earlier this week in Eastbourne and backed up that victory with another dominant grass-court performance in front of a vocal home crowd.

Draper dictated play with his aggressive groundstrokes, while he caused wild card Peniston trouble with his lefty serve to advance after 76 minutes, boosting his chances to qualify for the Intesa Sanpaolo Next Gen ATP Finals. The lefty is currently fifth in the ATP Race To Milan as he looks compete at the 21-and-under-event for the first time this season.

The four-time ATP Challenger Tour champion is now up to No. 94 in the Pepperstone ATP Live Rankings following his strong run in Eastbourne. Draper, who defeated Taylor Fritz at The Queen’s Club last week, will face Maxime Cressy in the last four.

"I know what Maxime is going to come at me with. I've seen him play a bit of Dan [Evans] and Cam [Norrie] in the past couple of days," Draper said when looking ahead to his match with Cressy. "He had been on the [ATP] Challenger Tour. I have been seeing him a lot at the same tournaments. He is very unique. He's got quite a traditional game, so it's going to be fun to play him."

Peniston was competing in his second tour-level quarter-final in as many weeks, after soaring to the last eight at the Cinch Championships on his ATP Tour debut. The 26-year-old is up to No. 135 in the Pepperstone ATP Live Rankings, having eliminated #NextGenATP Dane Holger Rune and Spaniard Pedro Martinez earlier this week.