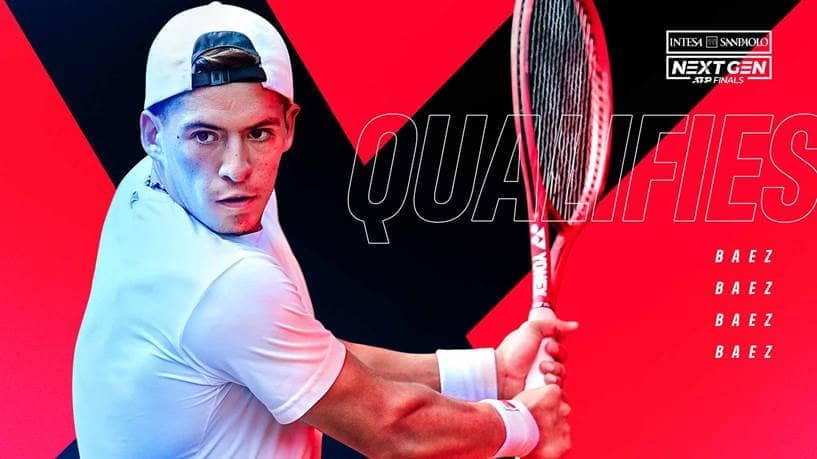 Following Jenson Brooksby's withdrawal due to an abdominal injury, Sebastian Baez has qualified for the Intesa Sanpaolo Next Gen ATP Finals in Milan, to be played from 9-13 November. The Argentine joins countryman Juan Manuel Cerundolo in the field.

The 20-year-old, who started the year at No. 309 in the FedEx ATP Rankings, is at a career-high No. 111 thanks to his historic efforts this year.

The Buenos Aires native also earned his first tour-level win at the Hamburg European Open, where he defeated Frenchman Corentin Moutet in the first round.