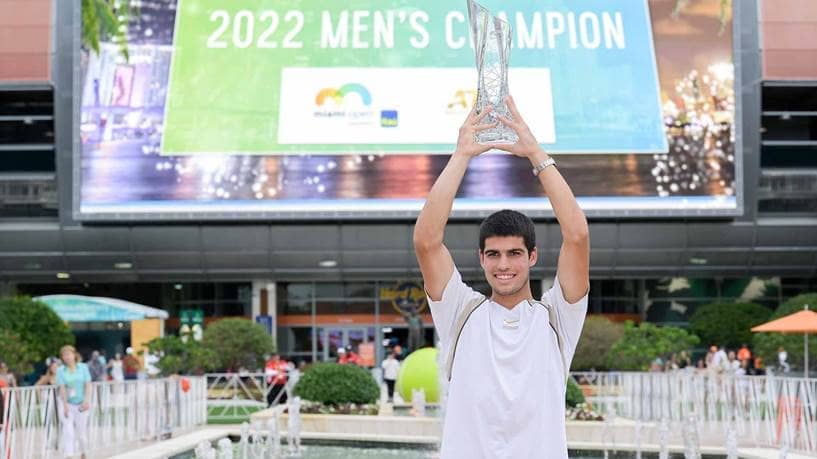 The 18-year-old Carlos Alcaraz claimed the biggest ATP Tour title of his career on Sunday at the Miami Open presented by Itau. The Spaniard defeated sixth seed Casper Ruud, 7-5, 6-4, in the final at Hard Rock Stadium to win his first ATP Masters 1000 title and his third tour-level crown.

Alcaraz is the youngest Miami men's champion in the event's 37-year history, and the third-youngest ATP Masters 1000 champion overall, spanning 283 events from 1990. The first Spanish champion at the event, he will rise to a career-high ATP Ranking of No. 11 with the win.

"I have no words to describe how I feel right now," Alcaraz said after the one hour, 52-minute match. "It's so special to win my first Masters 1000 here in Miami. I have an unbelievable team with me and family... I'm so happy with the win and my team."

Alcaraz's team in Miami included the late addition of coach Juan Carlos Ferrero, who surprised his charge by arriving ahead of the final. The former No. 1 had not been at the tournament due to the recent passing of his father, Eduardo.

Only Michael Chang (Toronto 1990) And Rafael Nadal (2005 Monte Carlo) were younger that Alcaraz's 18 years and 333 days when they won their first respective ATP Masters 1000 titles. Alcaraz replaced Novak Djokovic as the youngest Miami champion, with the Serb taking the 2007 title at the age of 19, when Alcaraz was three years old.

After dropping the opening three games of the match with a slow start, Alcaraz took control by winning eight of nine games from 1-4 down. He used that run to open up a double-break lead in the second, and though Ruud clawed one back, he could not stop the Spaniard from closing out the match with three confident service holds.

"I knew that Casper is playing unbelievable. He has a big forehand. I tried to play to his backhand first and attack all the time," Alcaraz said of his tactics. "I tried not to let him dominate the match. Forehand down the line, backhand down the line was a pretty good key for me."

Just as in his quarter-final win over Miomir Kecmanovic, Alcaraz took some time to find his footing on the stadium court. Ruud opened well, but was helped along by five early errors from Alcaraz as he eased in front.

But after getting to at least 40/30 in his opening three return games, Alcaraz got the break back on his third break chance of the match. He won six of seven games to wrestle away the opening stanza — a ripped 102-mph forehand winner bringing up his break chances at 5-5.

The Spaniard applied consistent pressure on the Ruud serve, frequently putting his opponent on the back foot with deep returns. Without blowing away the sixth seed on his own serve, Alcaraz held comfortably until he was forced to save a break point while serving out the set. A big serve erased the chance as the youngster powered to a one-set lead.

There was more magic early in the second set, as Alcaraz turned on the style with a pair of winners to seal his two early breaks in the second. But just as he seemed ready to run away with the match, Ruud got one break back by converting on his sixth break point of a three-deuce game. He followed it up with a love hold before taking a medical timeout to receive treatment for an apparent issue in his left-hip area.

Alcaraz rode strong serving to close out the match, dropping just two points in his final three service games, including two love holds. From 4-3, 30/30, he won his last six service points, sealing the title with a successful serve and volley before collapsing to the court in celebration. On the match, Alcaraz won 75 per cent (36/48) of points in his first serve. 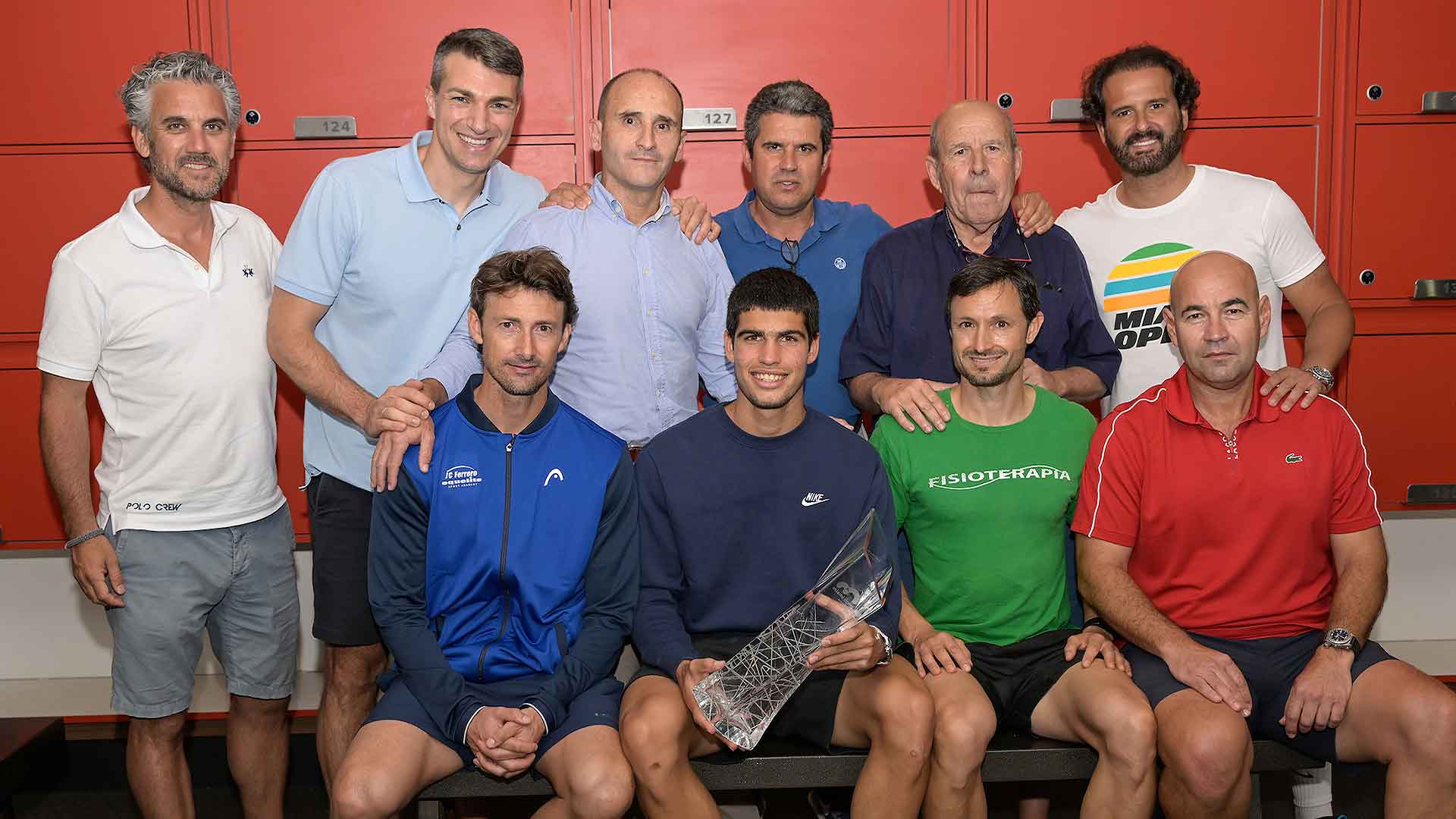 Photo Credit: Peter Staples/ATP Tour
Ruud, competing in his 10th ATP Tour final, was seeking the second hard-court trophy of his career. The first Norwegian to contest a Masters 1000 final, he now holds a 7-3 record in those finals, while Alcaraz improves to a perfect 3-0.

In addition to becoming the youngest winner in tournament history, Alcaraz becomes the first Spanish man to claim the title following eight previous final appearances, including five by Nadal.