Alcaraz: 'I'm Not Far Away From Winning A Grand Slam' 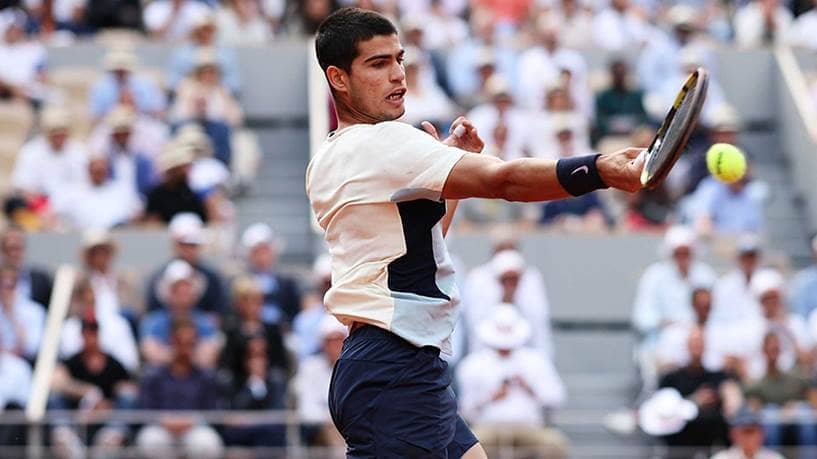 Carlos Alcaraz said that he is looking to take the positives from his Roland Garros quarter-final defeat to Alexander Zverev on Tuesday as he aims to use the experience as a learning curve.

The 19-year-old Spaniard entered the clash against the German on a 14-match winning streak, but was unable to cope with the World No. 3’s heavy-hitting, falling in four sets on Court Philippe Chatrier.

“I have to take the lessons [from] today. It was a tough match and close match,” Alcaraz said in his post-match press conference. “I could say I didn't start well, and in this level, quarter-final of a Grand Slam, you are playing against the best players in the world, so you have to start the match better than I did today.

Alcaraz has enjoyed a standout 2022 season, capturing a Tour-leading four titles, including ATP Masters 1000s crowns in Miami and Madrid. The 19-year-old, who is 32-3 on the year, is currently No. 6 in the Pepperstone ATP Rankings.

While Zverev produced the better level in the key moments against Alcaraz in a rematch from their Madrid final on Tuesday, the Spaniard gave another impressive account of himself in what was just his second appearance in Paris.

After winning a dramatic third set to gain a foothold in the match, Alcaraz was then edged in a fourth-set tie-break. While the five-time tour-level titlist was disappointed that he could not force a decider, he felt encouraged by many aspects of his game.

“I am going try to take the positive things of the match, and of course the bad things that I did, to improve to the next matches or next tournaments or next Grand Slams,” Alcaraz added. “I was close to a good match, close to a fifth set, and in the fifth set everything could happen. I'm going to take a lesson from this match.

Despite falling short, Alcaraz revealed that he thoroughly enjoyed competing in the French capital, where he was backed by a vocal crowd throughout.

“I enjoyed [it] a lot, even [though] I lost," Alcaraz said. "Playing in front of such a great crowd, playing in these kinds of tournaments, on this kind of court, is amazing for me… That's why I'm training, that's why I'm playing tennis, to keep dreaming, to have chances to be in the best tournaments in the world.

“Of course I couldn't be disappointed with this crowd or I couldn't ask for a better crowd in here, in Paris supporting me, until the last ball supporting me, from the beginning to the end of the match. I just say thank you to the crowd.”