Alcaraz: ‘It Is The Best Way To Finish The Year’ 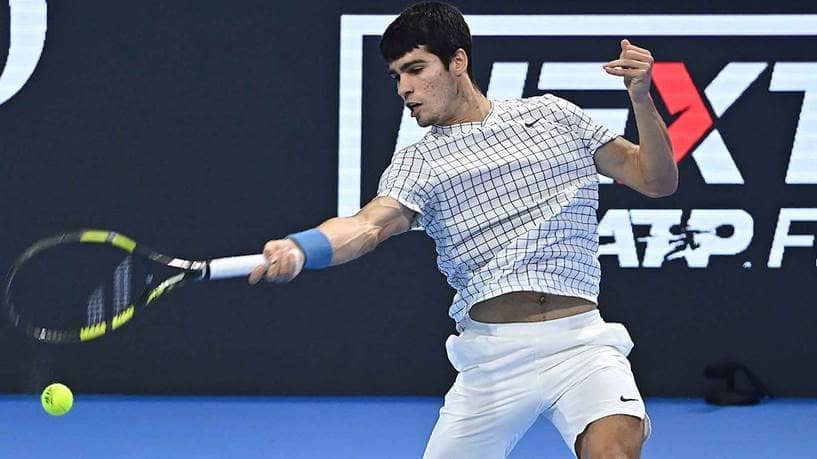 After clinching the Intesa Sanpaolo Next Gen ATP Finals title on Saturday, Carlos Alcaraz was in a reflective mood as he looked back on his successful 2021 season with a smile on his face.

The 18-year-old overcame Sebastian Korda in the final at the 21-and-under event in Milan to round off a year that has seen him rise from No. 141 in the FedEx ATP Rankings to a current career-high No. 32.

“I feeling amazing,” Alcaraz said after triumphing 4-3(5), 4-2, 4-2 in the championship match. “It feels good to end the year in the best way possible. Playing great matches against great players. It is the best way to finish the year.”

Under the guidance of coach and former World No. 1 Juan Carlos Ferrero, Alcaraz has made headlines in 2021. The Spaniard captured his first tour-level title in Umag in July and enjoyed a run to the quarter-finals at the US Open.

While Alcaraz, who was the top seed in Milan, views those moments as high points, he believes other experiences he has had on Tour this season provided the crucial building blocks for his success.

“It has been a really good season for me,” Alcaraz said. “I am really happy about the moments I have experienced. Beating Stefanos [Tsitsipas] at the US Open, reaching the quarter-finals at a Grand Slam and winning my first ATP [Tour title].

Alcaraz dropped just one set en route to the title in Milan as he played aggressively in the big points to defeat stiff opposition at the Allianz Cloud. The 18-year-old admitted that it is an area of his game he has been focused on and will look to continue to develop.