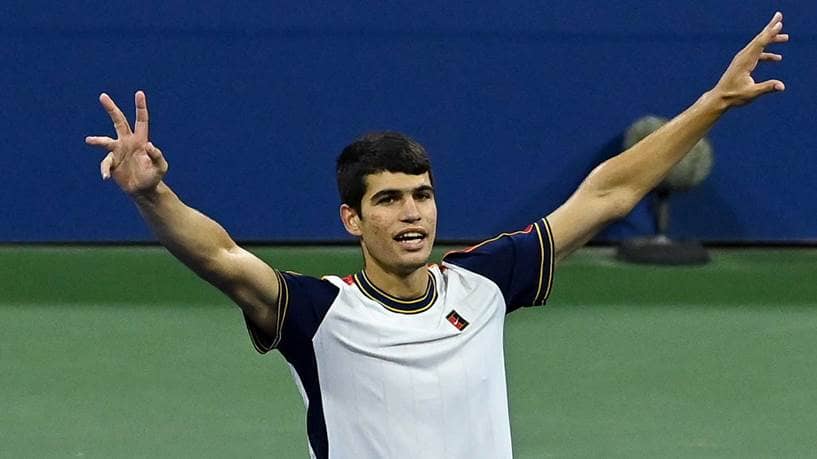 Carlos Alcaraz and Jenson Brooksby have both strengthened their chances of competing at the Intesa Sanpaolo Next Gen ATP Finals for the first time following a number of standout performances at the US Open.

Factoring in points earned so far at the US Open, the 18-year-old Alcaraz has moved up one place to third in the ATP Race To Milan, for the a spot at the 21-and-under event from 9-13 November. He has become the youngest US Open men’s quarter-finalist in the Open Era (since April 1968).

The Spaniard, who beat Stefanos Tsitsipas in New York en route to his deepest run at a major championship, captured his first ATP Tour title in July at the Plava Laguna Croatia Open Umag (d. Gasquet). Alcaraz plays Canada’s Felix Auger-Aliassime for a place in the US Open semi-finals on Tuesday night.

Another breakout #NextGenATP star, American Jenson Brooksby, who was outside of the world’s Top 200 less than four months ago, made it to the US Open fourth round (l. to Djokovic).

The 20-year-old reached the Hall of Fame Open final at Newport (l. to Anderson) in July and is up to fifth place in the ATP Race To Milan on 877 points, 21 points ahead of Italy’s Lorenzo Musetti (856).

Two other Americans, Sebastian Korda (fourth on 1,145 points) and Brandon Nakashima (seventh on 631 points), also feature among the Top 7.

Italy’s Jannik Sinner, the 2019 Intesa Sanpaolo Next Gen ATP Finals champion, and Auger-Aliassime are in the top two positions in the 2021 ATP Race To Milan. Sinner fell to Alexander Zverev in the US Open fourth round.