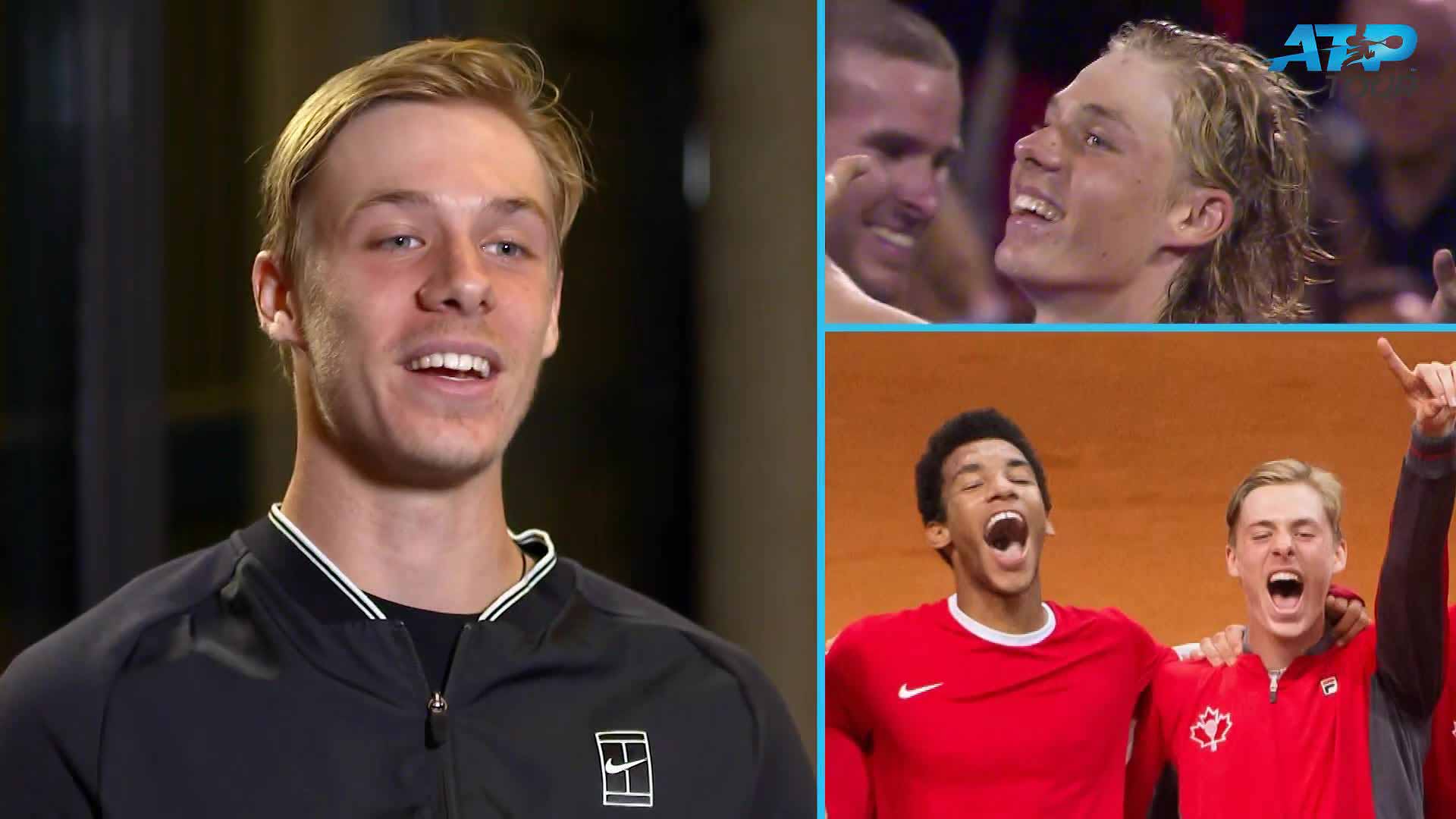 Felix Auger-Aliassime will face off against Rafael Nadal for the first time on Wednesday at the Mutua Madrid Open, but it wasn’t long ago that the 18-year-old Canadian had a poster of the Spaniard up on his bedroom wall.

In fact, Denis Shapovalov, whom Auger-Aliassime defeated on Sunday to set up a second-round clash with Nadal, is responsible for taking down the poster.

Two years ago during his breakthrough run at the Coupe Rogers, Shapovalov stayed with the Auger-Aliassime family at their home in Montreal. He stunned Nadal 3-6, 6-4, 7-6(4) in front of the home crowd to become the youngest ATP Masters 1000 quarter-finalist in history, and afterwards celebrated the late-night victory with Felix, his mom and his sister.

“The funny thing about it is that he had a Rafa poster in his house,” Shapovalov shared with ATP Uncovered presented by Peugeot. “I kind of took it down as a joke. I told him, ‘We got to take it down.’ After that he legitimately took the poster down. He’s like, ‘Nah brother, the poster’s gone. Now I’ve got to put one of you.’ It was a great moment.”

Great moments have continued for the #NextGenATP stars this season, with both up to career highs in the ATP Rankings – Shapovalov at No. 20 and Auger-Aliassime at No. 30 – supported by recent semi-final runs at the Miami Open presented by Itau. Auger-Aliassime broke into the Top 100 in February following a runner-up finish at the Rio Open presented by Claro, an ATP 500 clay-court tournament.

“I never expected that I was going to be here this early. That was always my dream and I’m still following it,” said Auger-Aliassime. “Even just a few months ago, I was trying to break into the Top 100 and maybe thinking about Top 50 at the end of the year. [It's great] being in the Top 30, but there was also a lot of work put behind it. I’m just enjoying myself now.”