Tsitsipas On #NextGenATP Musetti: 'I See Him At The Top' 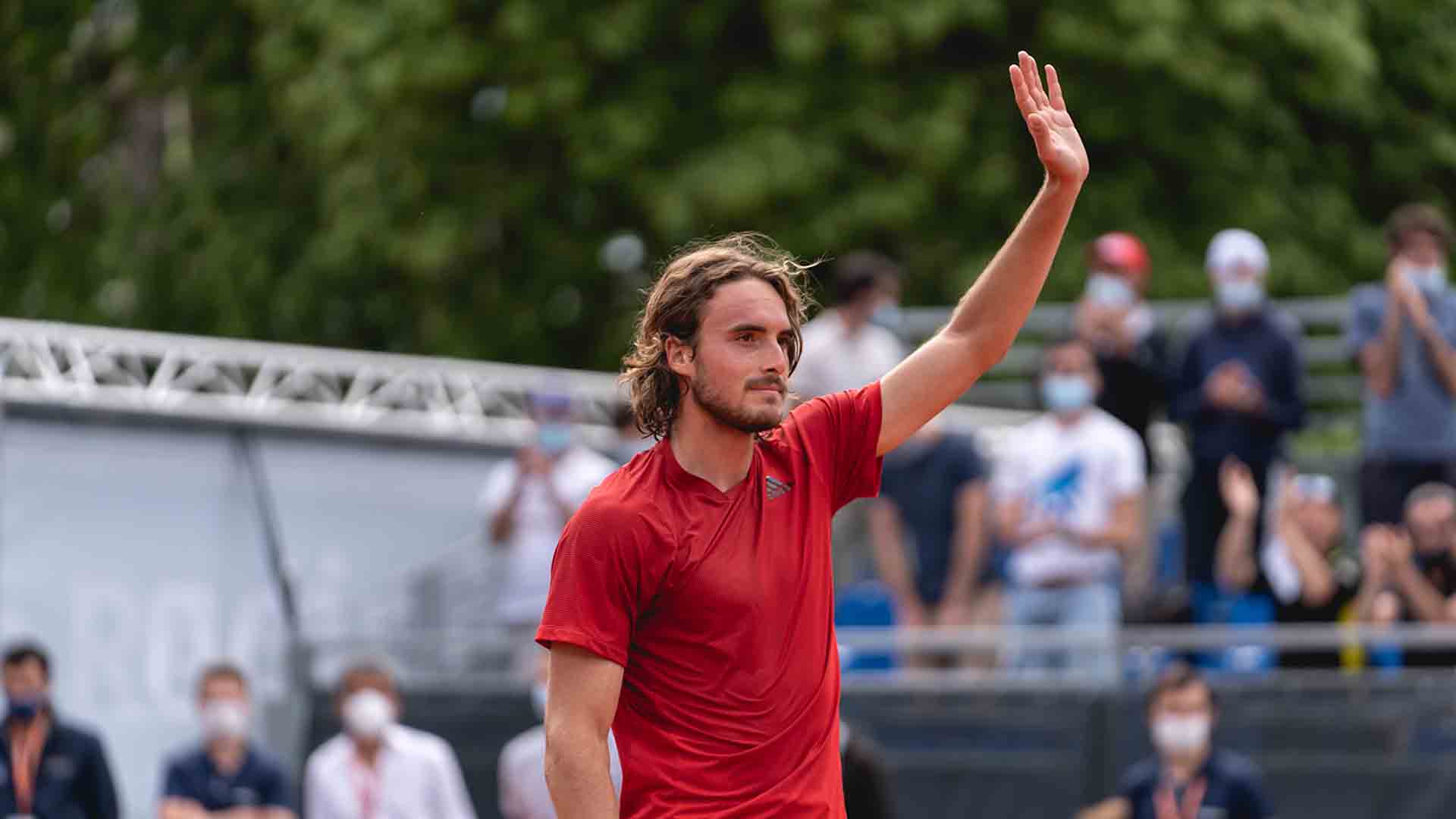 After beating him in the semi-finals of the Open Parc Auvergne-Rhone-Alpes Lyon on Saturday, Stefanos Tsitsipas had only great things to say about his opponent, #NextGenATP Italian Lorenzo Musetti.

“He has a lot of potential and he has proved himself multiple times before,” Tsitsipas said in post-match press. “He's definitely a competitor that I will take seriously and a player that will be challenging me in the next couple of years.”

Tsitsipas needed to step up his game to get the 4-6, 6-3, 6-0 win and book his place in the final where Cameron Norrie awaits. For the first part of the match, Musetti threw the World No. 5 off his rhythm with a balance of aggression and drop shots but ran out of steam.

“I see him at the top,” Tsitsipas said. “I see no reason he won't be there, but that also will have to do a lot with his mentality and the way he approaches his tennis and how much he works hard to get to the top of the game. I see no reason that he won't be a good player. He has everything.”

Musetti started the 2020 season ranked No. 357 in the FedEx ATP Rankings and made his tour-level debut in Dubai. The 19-year-old has since reached two ATP 250 semi-finals and appeared in the fourth round of the ATP Masters 1000 in Rome, while climbing up to No. 88 in the world.

Tsitsipas did well to reset after the first set, staying calm and raising his level to shut Musetti’s efforts down.

“I take every single point very seriously and, for me, it doesn't have to do with the level of the tournament that I'm playing, it more has to do with the opponent I'm facing,” he said. “It's like a boxing match: It doesn't matter where you're performing, it's all about your target and your target is your opponent.”

The World No 5 has played a lot of tennis this clay-court season with a first ATP Masters 1000 title in Monte-Carlo, a final run in Barcelona and a quarter-final appearance in Rome. He'll be playing his fourth final of the season as he seeks his seventh trophy.

“My body is an important thing," he said. “If my body is fresh, I'm able to play well and I'm able to concentrate and [use] all of my inner strength to get the best out of every single match.”