Five Things To Know About Tiafoe, Who's Headed Back To Milan 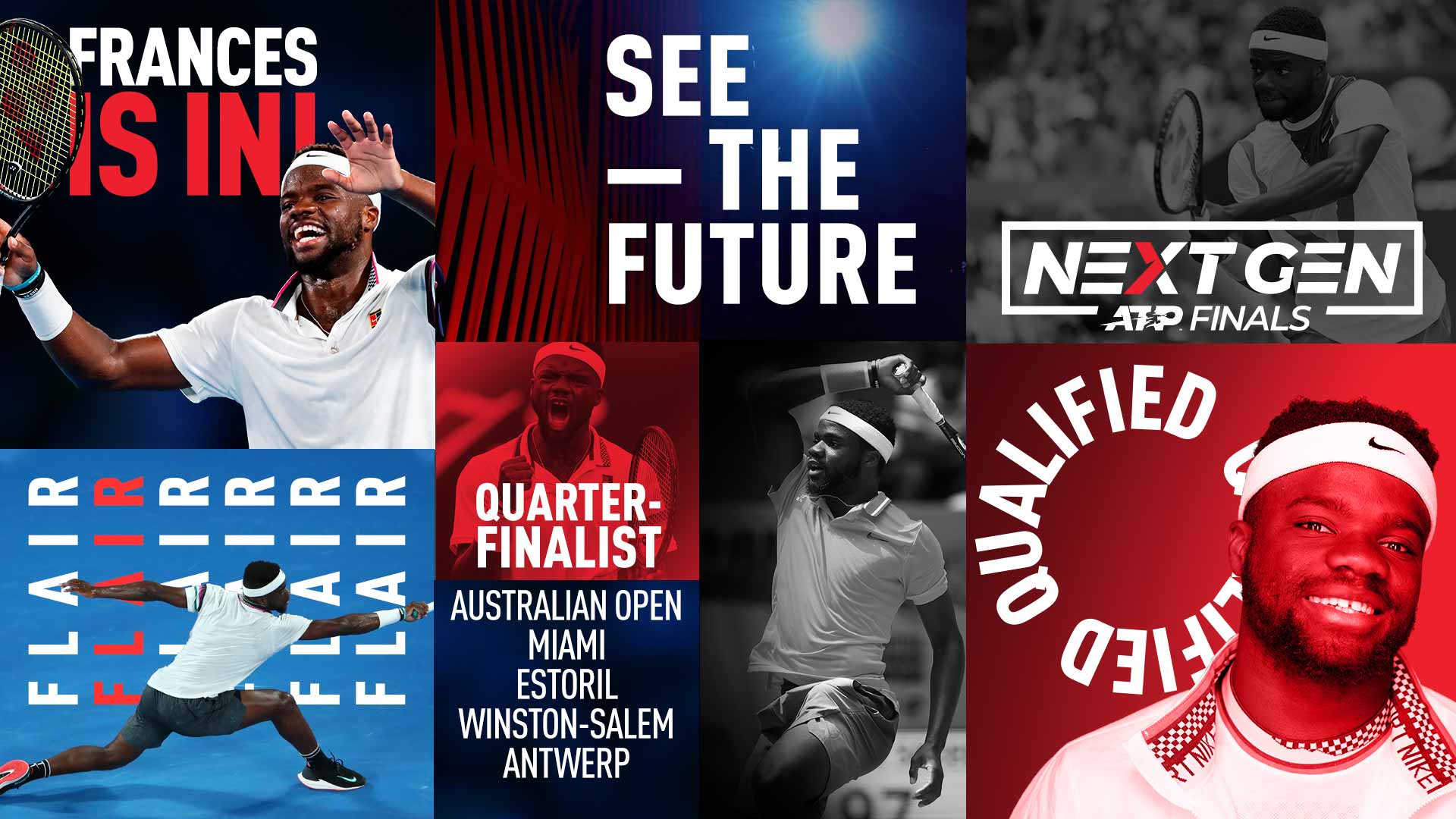 Frances Tiafoe is returning to Milan. The 21-year-old American has qualified for the Next Gen ATP Finals for the second consecutive year.

Here are five things to know about Tiafoe before the Next Gen ATP Finals, which will be held 5-9 November.

1. He has an unconventional tennis story.
Tiafoe did not grow up the son a former major tennis champion or destined for ATP Tour greatness. His father, Frances Sr., was the Head of Maintenance at the Junior Tennis Champions Center in College Park, Maryland, USA, and Frances and his twin brother, Franklin, began to play there against a wall at the age of three.

Some nights, all three of them would sleep at the tennis center. Tiafoe's mother, Alphina, and Frances Sr. moved from Sierra Leone to the U.S. in 1996.

“I obviously wasn't a normal tennis story,” Tiafoe said. “The beginning of my career, I was playing for them, trying to do everything for my family. Obviously now I put them in a great place. Now I'm trying to do it for me.”

2. He enjoyed a breakout run in Australia.
Tiafoe was 0-1 on the season coming into the Australian Open and had never made it past the third round of a Grand Slam. Yet the American won four matches, including against No. 6 Kevin Anderson, No. 35 Andreas Seppi and No. 21 Grigor Dimitrov, to make his first major quarter-final (l. to Nadal).

“[The Australian Open] was an absolute movie for me. Still in disbelief. I [want to] thank everyone who pushed me to make this run, y’all know who you are. I couldn’t be more grateful,” Tiafoe said.

3. He knocked out a Spanish legend in Miami.
David Ferrer retired in May after losing to Alexander Zverev at the Mutua Madrid Open. Along the way, though, Ferrer said goodbye to a few select tournaments, including the Miami Open presented by Itau.

“Absolute war. I [have nothing] but respect for this guy, [David Ferrer]. You will be missed,” Tiafoe said.

“He's a hero of everybody, I hope. We're talking about LeBron James. I'm a massive basketball fan. I can talk about it for ages,” Tiafoe said.

What better way for American @FTiafoe to celebrate his first Grand Slam round of 16?

5. He's coming back to Milan.
Tiafoe represented the #NextGenATP in Milan last year, falling just short of the semi-finals. He went 1-2, beating Poland's Hubert Hurkacz but losing to eventual champion Stefanos Tsitsipas and Spain's Jaume Munar. Every year of the Next Gen ATP Finals has had American representation: 2017, Jared Donaldson and 2018, Taylor Fritz and Tiafoe.