How #NextGenATP Tiafoe Learned How To Focus, Play Better Than Ever 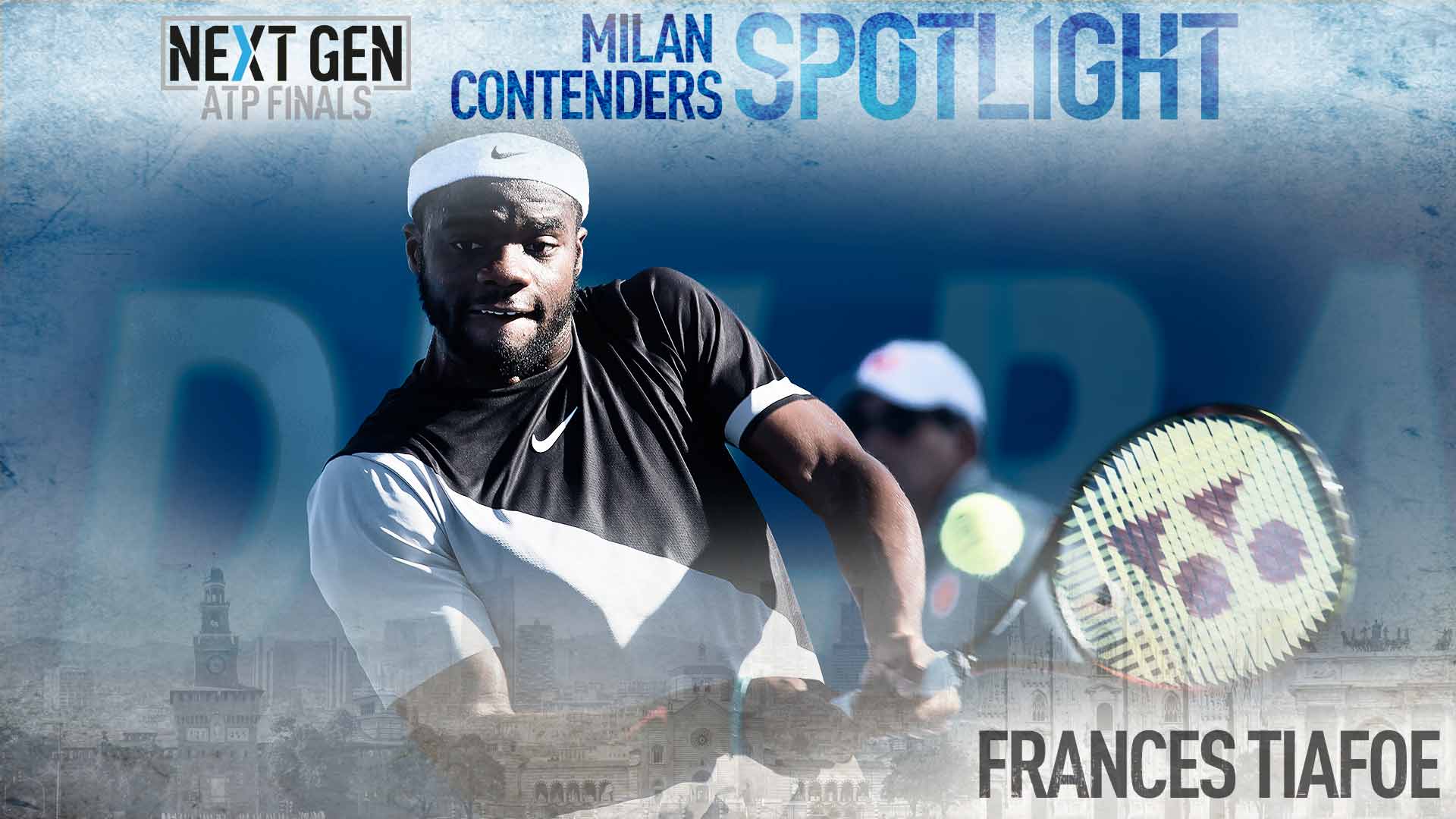 Frances Tiafoe is handling the little things in his career better than ever. © Peter Staples/ATP World Tour

“The little things”: They can be hard to describe, but no one doubts that those tiny details can decide a match, a tournament and a season.

#NextGenATP American Frances Tiafoe and his coach Robby Ginepri both admit that Tiafoe, who won his maiden ATP World Tour title last month at the Delray Beach Open, is handling “the little things” better than in the past.

Ginepri, however, doesn't struggle to conjure up an example of how Tiafoe used to goof the specifics of his professional life, you know, “little things”, such as remembering to bring your racquets to practice.

A year before Tiafoe triumphed in South Florida, Ginepri wanted to test his player's growing maturity, kind of like how parents test their children by gradually giving them more responsibility.

Ginepri would often handle Tiafoe's racquets during a tournament. He'd bring them to the stringer and pick them up before matches or practices. But at last year's Abierto Mexicano Telcel presentado por HSBC in February, Ginepri delegated the task to Tiafoe.

“Let's see if you can handle it,” he remembers saying.

When it came time to practise, Tiafoe, then 19, arrived at the court in Acapulco, set down his bag and opened it. He discovered his clothes and a pair of shoes, but no racquets.

“He kind of looked at me like, 'Are you going to get them?'” Ginepri remembered.

Tiafoe jogged to the stringers' desk as his warm-up for practice.

“Little things like that would pop up several times a day, 10 times a week, 40 times a month,” Ginepri told ATPWorldTour.com. “You're losing some ground here.”

In a sport where a couple points can decide a match and therefore a tournament, it's easy to extrapolate how forgetting such crucial details – i.e. bringing your racquets to practice – can affect a player in a match and limit his progression.

But lately Ginepri has seen a changed Tiafoe, a 20-year-old who's maturing and assuming ownership of his career. Tiafoe describes the turning point as earlier this year, after what had been a poor start to his fourth professional season.

He had played in four tournaments – two ATP World Tour events and two ATP Challenger Tour tournaments – and had gone 0-2 in tour-level contests. At the ASB Classic in Auckland, Tiafoe had fallen to Aussie Matthew Ebden, and at the Australian Open, Tiafoe had lost to childhood idol Juan Martin del Potro in three quick sets.

The American had even struggled at the Challenger level, winning only one match during the two tournaments. “I just couldn't really get anything going,” Tiafoe told ATPWorldTour.com.

The week before the New York Open, Tiafoe headed to Maryland, where he grew up the son of immigrants from Sierra Leone, and got to work.

“Really took ownership of myself, my tennis and I really just locked it in... Had a great week of practice. Hung out with friends. Did my own thing and did it the way I want to do it... and held myself really accountable,” Tiafoe said.

“He's been doing a good job. He shows up to work with a smile on his face, gives you 120 per cent,” Ginepri said.

Tiafoe's work during the past 18 months, as long as he's trained with Ginepri, also pushed him to the best week of his career. In Delray Beach, his serve was better than ever, thanks in part to some tweaks he and Ginepri made.

Tiafoe used to have an erratic ball toss, so during practice they'd set a racquet or a trash can on the ground, and Tiafoe would practise 100 tosses at a time, trying to land the ball on the strings or in the basket every time.

Tiafoe also switched to a more abbreviated takeback, and his entire service motion relies more on his hips and less on his arm, a change that should protect his body as he ages.

“His takeback with his right arm was never the same, especially under pressure, it would get a bit off,” Ginepri said.

“He served his way out of trouble a lot... which I think was one of the big reasons he hoisted the trophy,” Ginepri said.

Tiafoe sits among a crowded group of #NextGenATP Americans – including Taylor Fritz, Reilly Opelka and Michael Mmoh – vying to qualify for the 2018 Next Gen ATP Finals in Milan, which will welcome eight of the best 21-and-under players in the world. The 20-year-old Tiafoe rose to second place in the ATP Race To Milan with his Delray Beach title.

See Who's Leading The ATP Race To Milan

He was the last of the #NextGenATP American bunch to make an ATP World Tour quarter-final but the first to win an ATP World Tour title. Yet, as the tennis world recently witnessed with Tiafoe, things can change quickly with 20-year-olds and teenagers, especially when a new leader distinguishes himself from the pack.

“All it takes is one,” said Craig Boynton, coach of Americans Sam Querrey and Steve Johnson. “I call it the rabbit. When the rabbit gets out in front. I saw it with Andre [Agassi] too, when Andre won a Slam they were like, 'Well, I'm just as good as him. Why can't I do it?'

“The rising tide lifts all boats... and I see those guys with a healthy competitiveness. They want to leap frog each other in the rankings, which is great. They all get along well, which is fun to see... As one does well, I suspect there will be a few more who do well.”