Tiafoe On #NextGenATP Friendships: 'Togetherness Is A Big Thing' 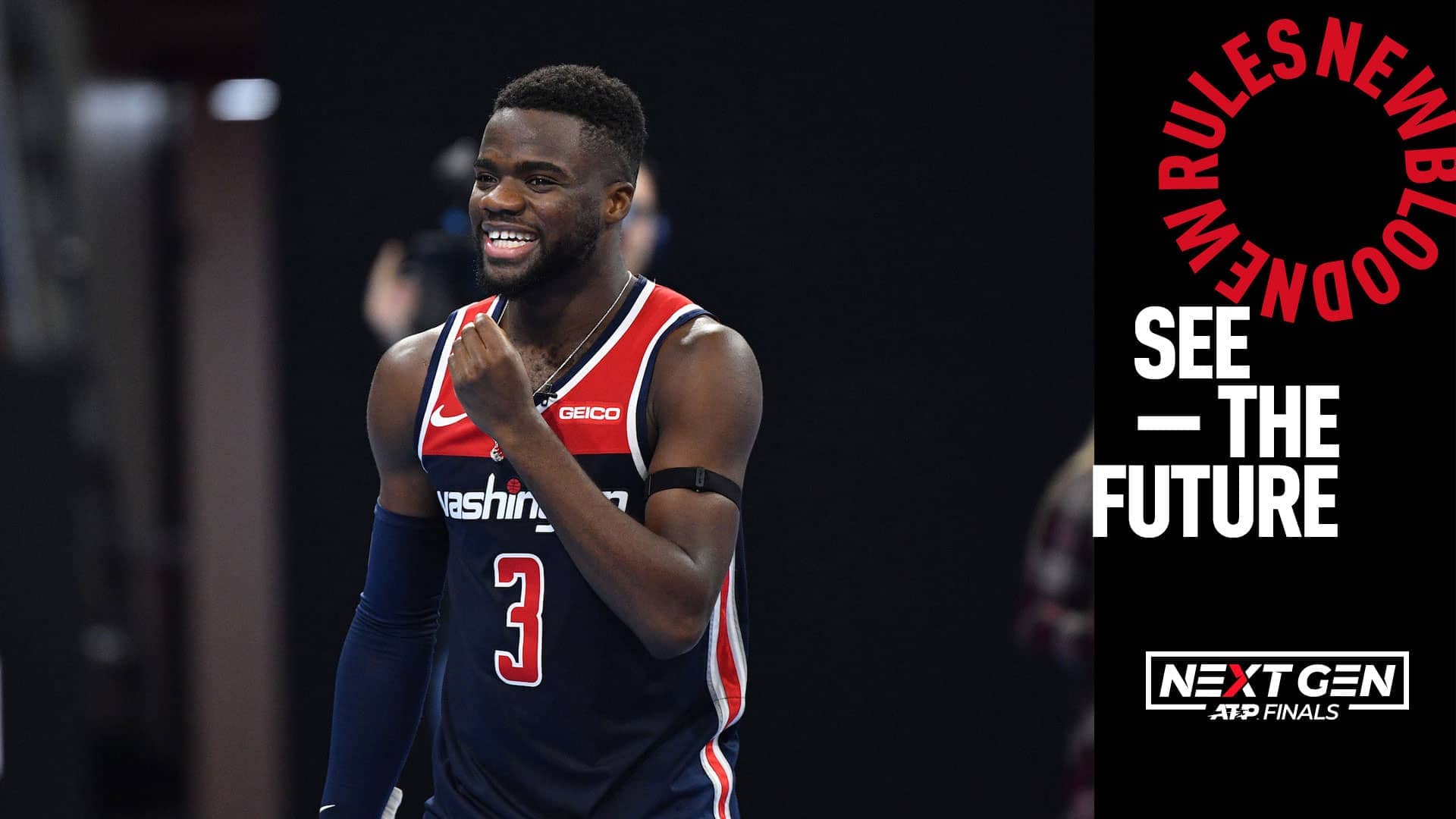 Frances Tiafoe is making the most of his time on and off court at the Next Gen ATP Finals. © Peter Staples/ATP Tour

Frances Tiafoe has a knack for lighting up any room he enters.

The Next Gen ATP Finals launch party this Saturday was a perfect example of the 21-year-old in his element. He posed for photos with fans, chatted with the media in attendance and led the ongoing banter with his fellow competitors in Milan. Tiafoe thrives on a festive atmosphere off the court, which extends to his love on the court for packed stadiums at ATP Tour events worldwide.

”I’ve always liked the spotlight,” Tiafoe said ahead of his second appearance at this event. “You can always count on me playing my best tennis on a big court. The crowd getting into it is what makes it fun. That’s when all the work you’ve done in the dark comes out.

”I think it’s a privilege to have pressure, to be in a unique position. To play on a big stage with high stakes, you could be in a much worse situation.”

A vocal crowd is just one of the reasons that Tiafoe looked forward to returning to Milan. Tiafoe relished the unique format of this event last year, utilising the in-match coaching option and feeding off the fan-friendly environment. Although he didn’t advance out of Group B, he still looked back on the week with fond memories.

Tiafoe also enjoyed how the event provideed an opportunity to spend time away from the court with his #NextGenATP peers. The affable American is one of the most well-liked players in the locker room and it’s evident when he walks around the Allianz Cloud. When he’s not preparing for his first match on Tuesday against Jannik Sinner, he’s cracking jokes with other players or mingling with tournament staff, buzzing around the complex with the vigour of a seasoned politician.

”I’m really close with Alex de Minaur. Miomir Kecmanovic is a good friend of mine,” Tiafoe said. “I’ve seen Mikael Ymer around since the juniors. I don’t know a lot of the other guys here as well. It’s a new group for me, so I’m looking forward to getting to know them.”

Tiafoe has no problem getting down to business when a match starts, though. The American’s intensity was on full display when he kicked off this season with his maiden Grand Slam quarter-final at the Australian Open. He celebrated victories with roars of approval, ripped off his shirt and even mimicked the chest-thumping celebrations of NBA star LeBron James.

The 21-year-old believes the intensity he brings to a match is a sign of respect for his opponent. But once a match is over, he’s able to leave it on the court.

'You want to respect their time. When you’re playing them, it’s still a job,” Tiafoe said. “There’s money on the line, [ATP Rankings] points, opportunity… For those two or three hours, we’ll compete, but then I promise you we’ll be friends after. Some people take [losing] personally, but I’ll talk to you in the locker room 10 minutes later.”

Tiafoe is known for being a class act after tough losses, offering a hug or hearty handshake to his opponents. Maintaining relationships has always been a high priority for him. But if the reception he’s gotten from his peers this week is any indication, losing those connections isn't something he needs to worry about.

”I think togetherness is a big thing. You hope to have these relationships forever,” Tiafoe said. “You’re playing against each other, but they’re also your colleagues for the next 15 or 20 years. I’m competitive, but I also want the best for everyone.”