Tiafoe, With Lessons Learned From 2019, Has Milan Title On His Mind 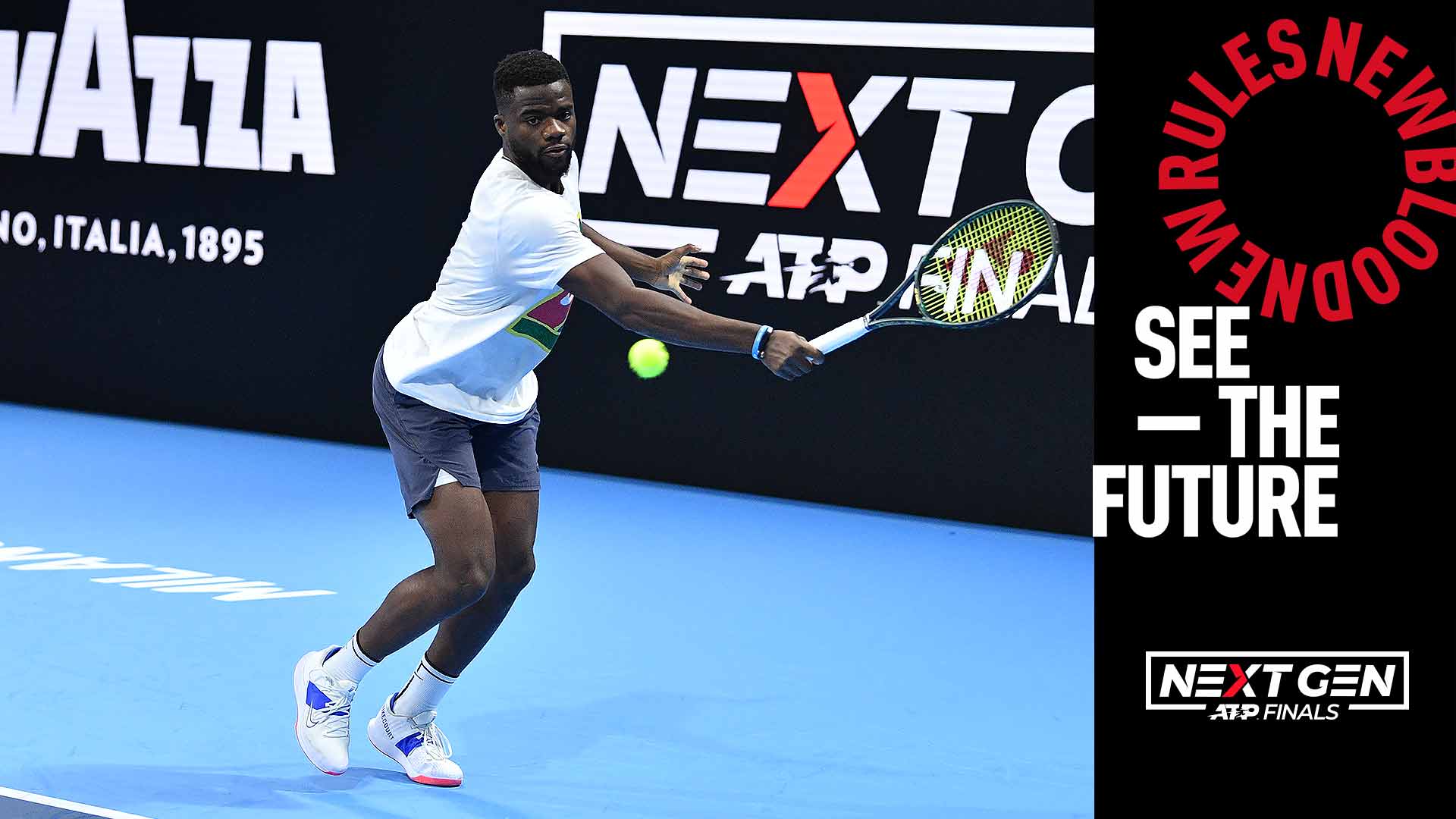 Frances Tiafoe can confidently call his third season on the ATP Tour a learning experience, both on and off the court.

In between the lines, he has experienced some of his best moments, making the quarter-finals of the Australian Open and the Miami Open presented by Itau in the first three months of the year.

But the American, who won his maiden ATP Tour title in 2018 (Delray Beach), didn't reach a semi-final all season and returns to the Next Gen ATP Finals in Milan with a 21-25 record.

“It was tough. Obviously, your head gets a little big, you think you can just show up [at] the big events,” Tiafoe told ATPTour.com. “I think I learned a lot this year, and it's going to to help me for next year and the years to come.”

More About Tiafoe
5 Things To Know About Milan-Bound Tiafoe
Tiafoe On #NextGenATP Friendships: 'Togetherness Is A Big Thing'
Groups Locked In For Milan

Off the court, however, might be where Tiafoe has learned the most in 2019. The 21-year-old became a spokesperson for ThanksUSA, a nonprofit organisation that provides scholarships and employment support to children and spouses of U.S. military personnel.

Every Wednesday, when Tiafoe is around his home club, the Junior Tennis Champions Center in College Park, Maryland, USA, he plays tennis with members of the organisation as part of ThanksUSA's Tennis Corps program. They joke around on court and open up off it.

Tiafoe's mother, Alphina, and father, Frances Sr., moved from Sierra Leone to the U.S. in 1996. As a child, Frances sometimes stayed overnight at his home club, with his twin brother, Franklin, and their father, who was the Head of Maintenance. The Tiafoe boys began to play tennis at the club at the age of three.

The veterans and their families like chatting with Tiafoe about the ATP Tour and follow his results. He enjoys measuring their tennis progress, or lack thereof.

“It's a great organisation. Military families, they don't get enough praise... I love being a part of it. I love playing with those veterans,” he said. “They love seeing me. [We] talk about my results. I talk about, 'Man, you guys haven't improved since I've been gone. What's going on?' They're great people. They deserve that praise. I'm just more than happy to speak for them.”

The experiences remind Tiafoe of his unlikely beginnings and why he plays and travels the world 11 months out of the year.

“I just love being at home in general. Obviously, D.C. means everything to me. Something to have at home like that is great for me. Keeps me grounded, keeps me humble. Understanding where I came from, understanding that it's not a 'me thing,' it's a 'we thing,'” he said. “In due time, I want to do much more. I think that would also give me much more motivation out here to know that I'm [contributing to] something bigger than myself.”

Tiafoe also has plans to do much more this week in Milan. The American didn't advance out of the group stage in 2018, falling in straight sets to Spain's Jaume Munar in his final match.

But Tiafoe is eager to make good on his final appearance at the award-winning 21-and-under event and apply what he's learned this year. (Tiafoe was born in 1998, making him ineligible for the 2020 Next Gen ATP Finals.)

“This year was a huge learning curve. He did some really great things along the way,” coach Zack Evenden told ATPTour.com. “But it's more of an important year for him, because he can learn a lot from it.”

Despite his occasional struggles, Tiafoe has never stopped working hard this season. “We always say whether any player is struggling, if you're putting in the work, good things are going to come eventually,” Evenden said.

For Tiafoe, that good thing would be his first – and final – Milan title, a head-turning finish to match his click-worthy start.

“First priority is to get out the group and, obviously, see where you can go from there,” Tiafoe said. “But ultimately, I want to be playing on the last day and competing for a title.”