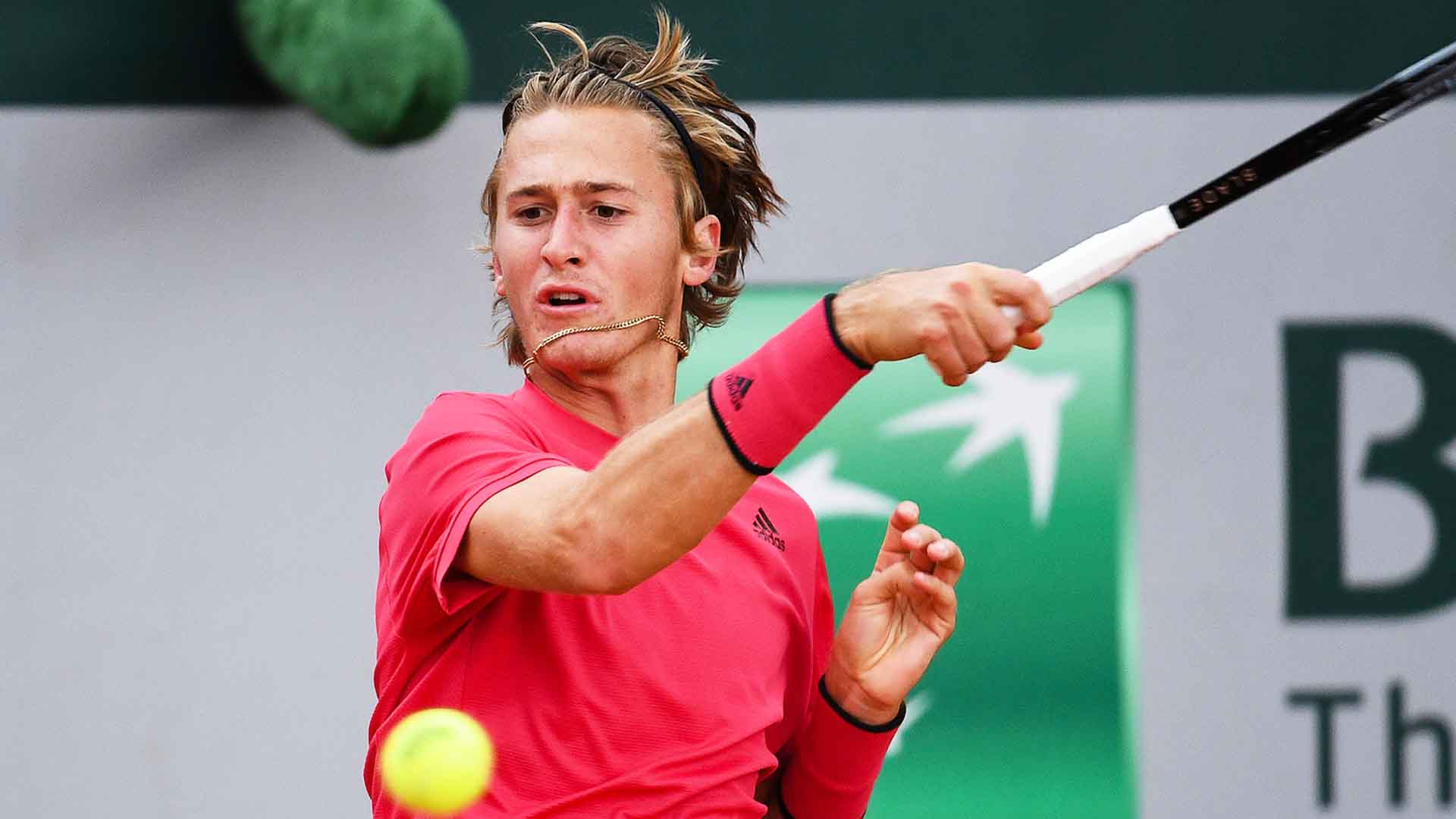 Sebastian Korda was one of three #NextGenATP stars to advance to the Roland Garros main draw for the first time on Friday.

The 20-year-old, son of 1992 runner-up Petr Korda, booked his place in the first round in Paris with a 7-5, 6-2 triumph against Aslan Karatsev. Korda broke the seventh-seeded Russian on five occasions to claim victory in 90 minutes on Court 7.

"I was really emotional and super excited to qualify for the main draw," said Korda.

Korda is not the only son of a former Roland Garros finalist to qualify for this year's event. Emilio Gomez, son of 1990 champion Andres Gomez, booked his place in the main draw on Thursday.

"It's pretty cool and [I am] really happy that Emilio got through as well and to keep our dads' names out there," said Korda.

The American will make his second straight appearance in a Grand Slam main draw, following his debut at the level at this year’s US Open. Korda pushed eventual quarter-finalist Denis Shapovalov to four sets in the first round.

After failing to qualify in each of his three previous Grand Slam appearances last year, 21-year-old Jurij Rodionov will make his main draw debut at a major championship in Paris. The Austrian, who claimed two ATP Challenger Tour trophies earlier this year, defeated countryman Sebastian Ofner 6-4, 3-6, 6-3 in two hours and 18 minutes.

Michael Mmoh will also make his debut in the first round at Roland Garros this year. The 22-year-old recovered from a set down to beat Renzo Olivo 4-6, 6-2, 6-3.

"It feels awesome and I won a main draw match at the Australian Open and US Open this year and this feels better because it's the first time I qualified for a Grand Slam tournament and I had to earn it the hard way," said Mmoh. "It feels good to play well on clay and to win three matches.

"It means a lot to qualify and I found a way to win it the hard way. I am confident going into the main draw and I couldn't be happier for Sebi. We spent a lot of time practising together and it shows how much work we put in during the break."

After surviving a final-set tie-break in the second round, Jack Sock completed a successful qualifying campaign in the French capital with a 7-6(5), 7-6(4) victory against Andrey Kuznetsov.

The former World No. 8 landed 13 aces and struck 31 winners against the Russian to qualify in just under two hours. Sock will compete in the first round in Paris for the first time in two years and will be aiming to record his first main draw victory at the event since 2016.

The 2017 Rolex Paris Masters champion is unbeaten in qualifying matches in the French capital. On his tournament debut in 2013, the 6’3” right-hander won four matches from qualifying without dropping a set to reach the second round. Sock’s best run in Paris came in 2015, when he pushed Rafael Nadal to four sets in the Round of 16.

Marco Cecchinato, the 2018 semi-finalist, successfully navigated qualifying in Paris for the first time in four attempts. The Palermo native, who fell in qualifying in 2014, 2015 and 2017, raced past Kimmer Coppejans 6-1, 6-2 to qualify without dropping a set this week.

The fifth seed broke serve on five occasions to earn his spot in the main draw after one hour. Cecchinato owns a 5-3 record in the main draw in Paris, with all of those wins coming during his run to the last four in 2018. Cecchinato stunned Pablo Carreno Busta, David Goffin and Novak Djokovic in consecutive matches to reach his maiden Grand Slam semi-final at the event.

Switzerland’s Henri Laaksonen qualified for the second straight year. The World No. 135 completed his qualifying campaign with a 7-5, 6-1 victory against Daniel Elahi Galan. Nikola Milojevic found himself a set down for the third straight match, but continued his streak of comeback wins to beat Leonardo Mayer 6-7(4), 6-2, 6-3.

Did You Know?
Korda, Mmoh and Sock are the first American trio to qualify for the main draw at Roland Garros since 2013.