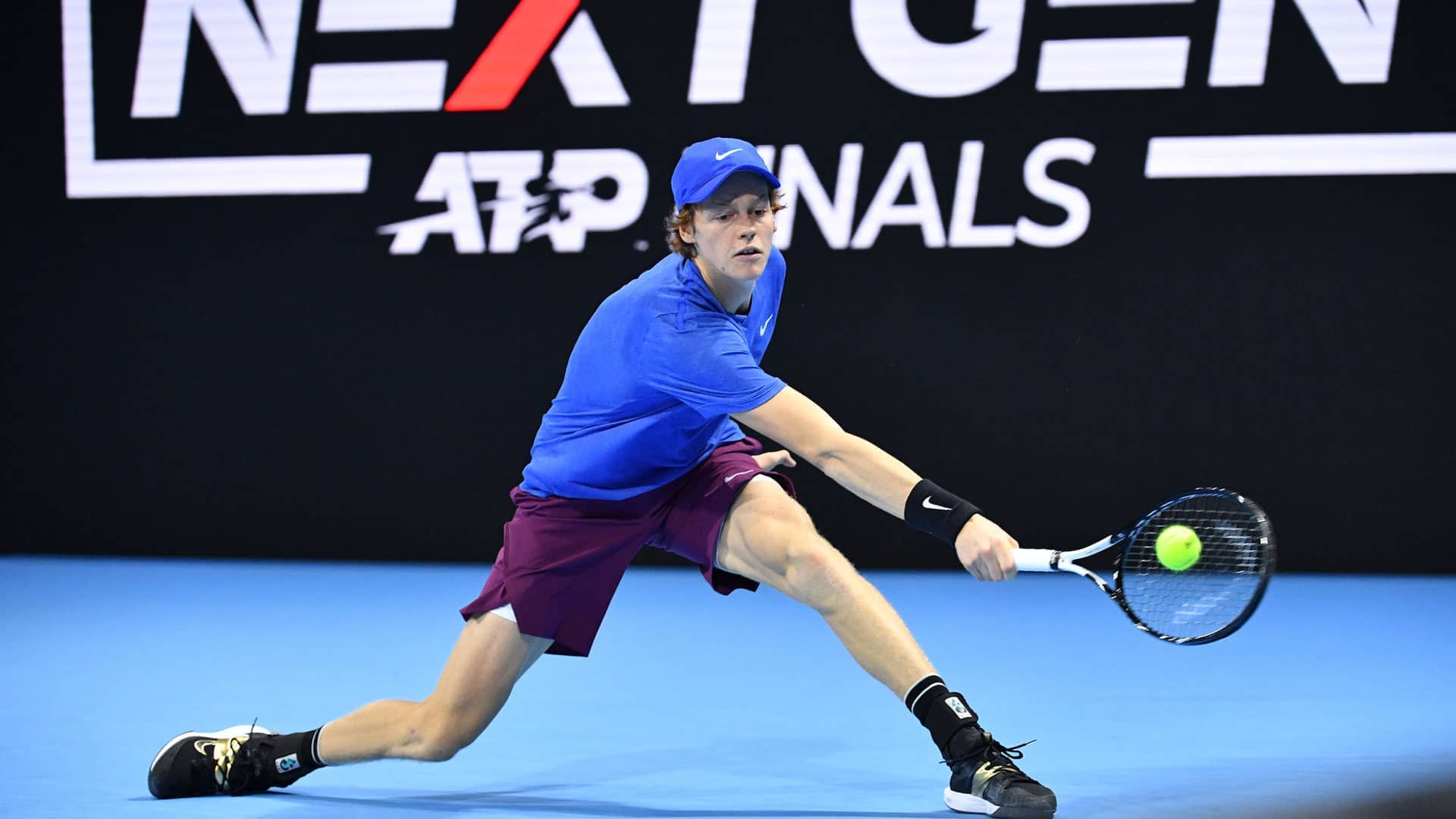 Jannik Sinner wasted no time getting down to business on Wednesday at the Next Gen ATP Finals, delighting the home crowd in Milan with a dominant 4-0, 4-2, 4-1 win over Swede Mikael Ymer to reach the semi-finals.

The Italian wild card is the first player to advance out of round-robin play this week. Sinner recorded the most one-sided victory in tournament history with his three games dropped against Ymer. The 56-minute match was also the second-fastest in tournament history, just one minute shy of Alex de Minaur's win last year over Liam Caruana.

“I felt well on court today,” Sinner said. “It was a perfect start and I was serving well. I tried to push the ball immediately. I’m very happy.

“I’m just trying my best. The younger guys in Italy are all improving a lot, so hopefully I’m giving them a little bit of inspiration.”

The 18-year-old opened the year at No. 551 in the ATP Rankings, but he is now the youngest player inside the Top 100. His highlights include a maiden ATP Tour semi-final in Antwerp, first ATP Masters 1000 main draw win in at the Internazionali BNL d'Italia and a pair of ATP Challenger Tour titles.

The first set was one-way traffic for Sinner as he dropped just four points to grab the early lead after 13 minutes. Ymer did his best to stay in the rallies throughout the second set, but found himself unable to control the power coming from the Italian’s forehand. Sinner won three of the four games that went to a deciding point, including on Ymer’s serve at 2-3 to grab a commanding two-sets lead.

The Swede tried to match Sinner’s aggression in the baseline exchanges, but was limited to four winners on the night. The Italian’s only blip of the evening was failing to convert a match point at 3-0, but he comfortably held in the next game to remain undefeated this week.

Ymer dropped to 1-1 in Group B. He must win his match on Thursday with second-seeded American Frances Tiafoe in order to reach the semi-finals.