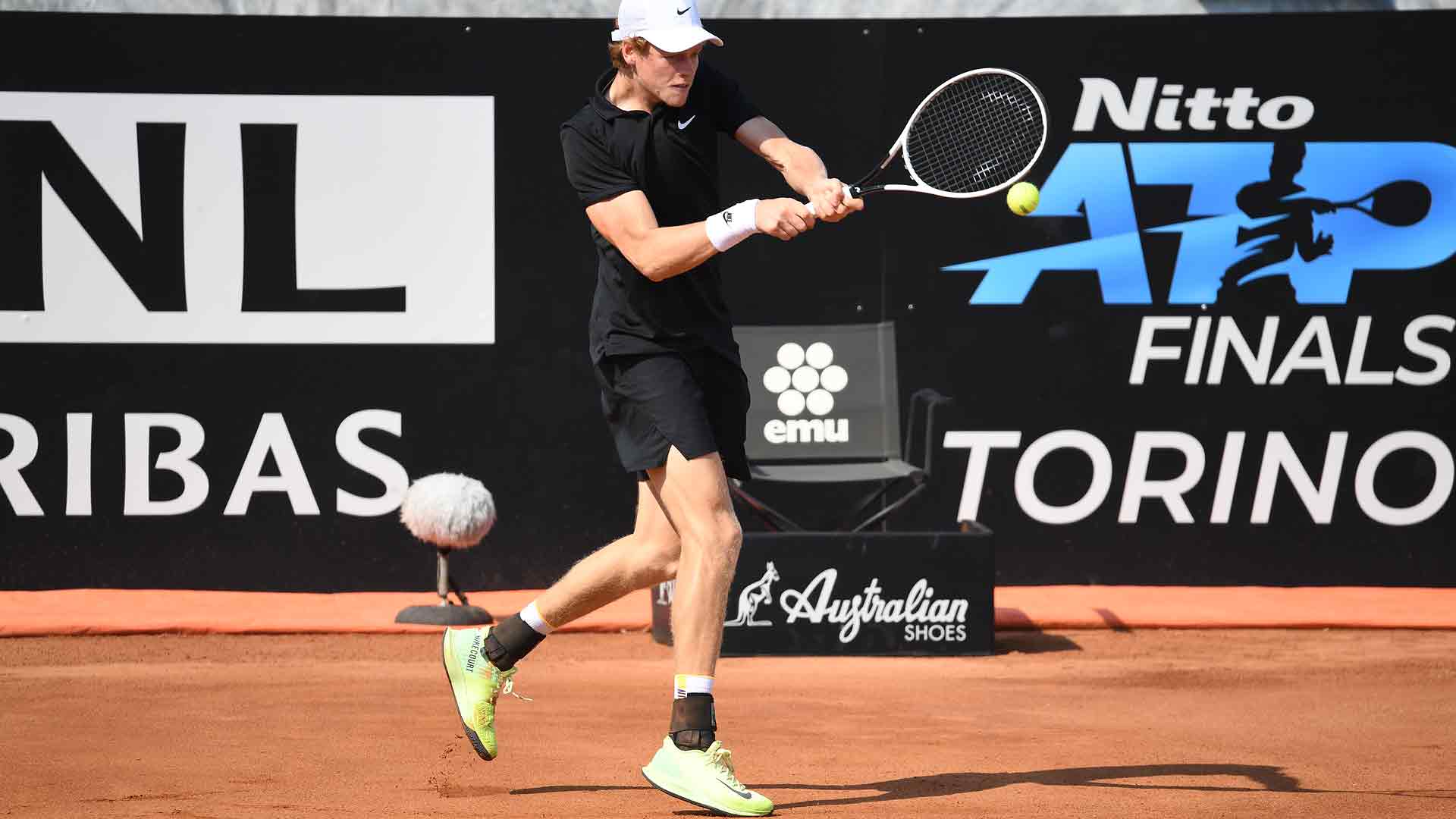 Jannik Sinner barely put a foot wrong for more than an hour on Wednesday afternoon, when a relatively subdued Stefanos Tsitsipas found his clay feet to ensure a resurgence at the Internazionali BNL d’Italia.

Sinner led 6-1, 5-2 and looked set for the second Top 10 win of his career, but Tsitsipas had other ideas. The third-seeded Greek won four straight games to serve for the second set at 6-5, but needed to save match points in the tie-break at 6/7 and 8/9. However, in the decider, it was all Sinner.

The 2019 Next Gen ATP Finals champion regained his focus to beat 2019 Nitto ATP Finals titlist Tsitsipas 6-1, 6-7(9), 6-2 in two hours and 13 minutes for a place in the third round against No. 15 seed Grigor Dimitrov or Yoshihito Nishioka.

“He is obviously a very experienced player,” said Sinner, in an on-court interview at the Foro Italico. “I played against him last year here in Rome. I just wanted to play my game and move better. In the beginning, I was feeling great and I knew it was his first match on clay. When I served for the match [at 5-3 in the second set], I hit one double fault and the tie-break could have gone either way. I tried to start strongly in the third set.”

Wild card Sinner never let Tsitsipas settle on Pietrangeli, the second show court, for the first 40 minutes. The 19-year-old broke Tsitsipas three times in the 30-minute opener and won seven straight games from 2-1 in the first set to 3-0 in the second set.

Sinner, who lost two points in his first three service games (12/14), saved a break point at the start of the second set. Tsitsipas, the 2019 semi-finalist, left his comeback late, breaking Sinner at 3-5 and at 5-5. While Tsitsipas hit a double fault at Ad-Out when serving for the second set, there was no let up on drama.

Tsitsipas first led 4/1 in the tie-break, forcing Sinner to come back. The Greek held set points at 6/5 and 8/7, while Sinner over-hit groundstrokes on match points at 7/6 and 9/8. Tsitsipas clinched the 72-minute set, 11/9, when Sinner hit a forehand into the net. But Tsitsipas then lost the first four games of the decider.

World No. 81 Sinner is now 6-7 in a season hit by the global COVID-19 pandemic. Tsitsipas, who is currently No. 6 in the FedEx ATP Rankings and next in line to qualify for the Nitto ATP Finals in November, had beaten Sinner 6-3, 6-2 in the Rome second round last year. The Open 13 Provence titlist is now 18-8 on the season.