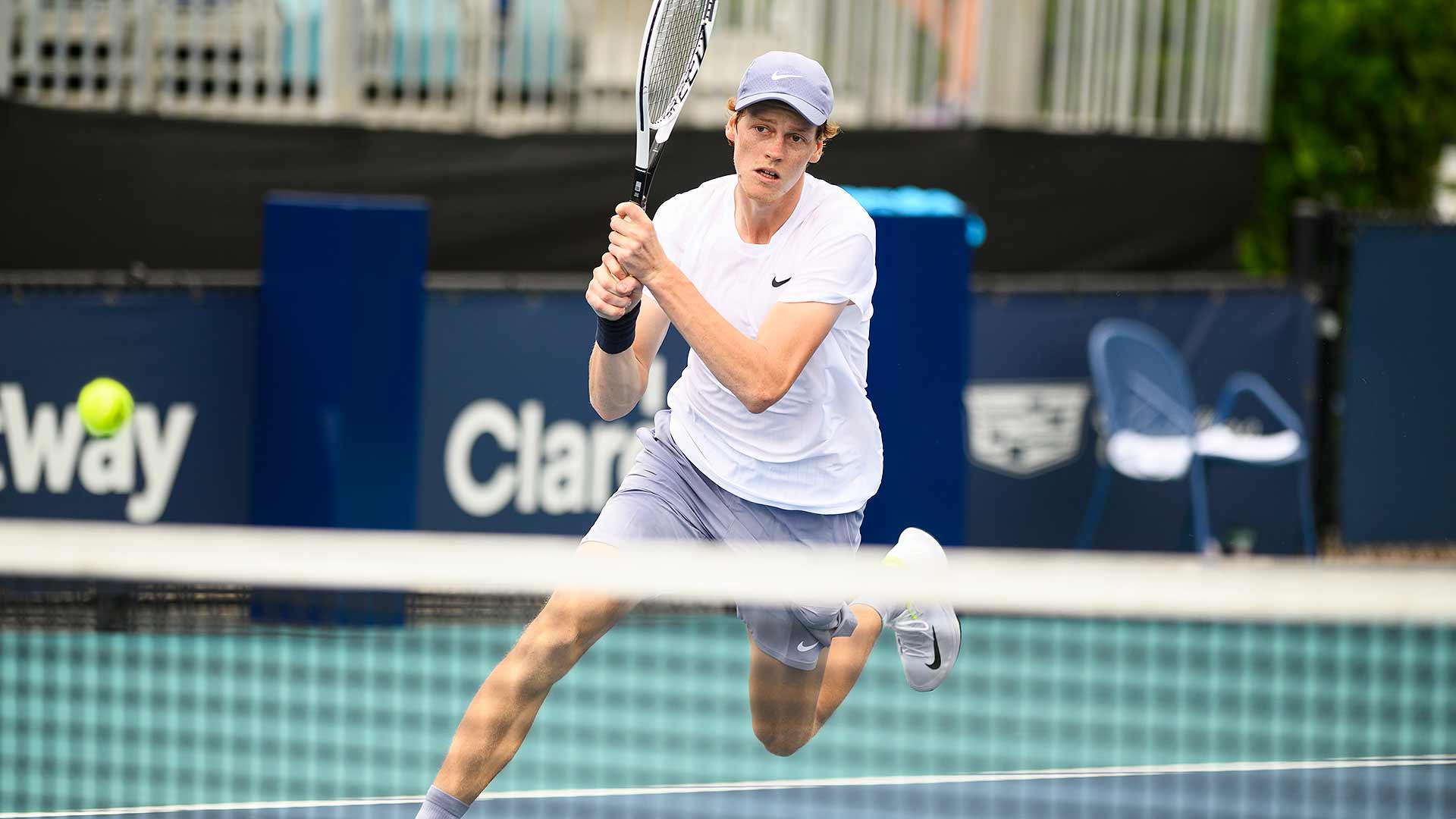 Jannik Sinner continues to check “firsts” off his list. The #NextGenATP Italian reached his maiden ATP Masters 1000 quarter-final on Tuesday by beating Finland’s Emil Ruusuvuori 6-3, 6-2 for a spot in the last eight of the Miami Open presented by Itau.

This is just the 19-year-old’s third Masters 1000 main draw, but Sinner is proving himself plenty comfortable at the elite level. The teen recovered well from a nearly three-hour-long slugfest against Karen Khachanov in the third round to dispatch Ruusuvuori after one hour and 10 minutes.

“For me it means a lot. The first goal is always trying to improve day after day, going on practice courts and then when you have sometimes good results, it makes you happy,” Sinner said in his on-court interview. “I’m very happy about that and obviously I’m looking forward to tough matches here.”

Sinner will play 32nd seed Alexander Bublik in the quarter-finals. The 2019 Next Gen ATP Finals champion defeated Bublik 2-6, 7-6(2), 6-4 in their first ATP Head2Head meeting two weeks ago in Dubai.

“You have to go on court and try to win matches. I’m just trying to do that,” Sinner said. “Sometimes it works, sometimes not. For me, it’s just important giving 100 per cent day after day and then I have to see what’s going to happen.”

Ruusuvuori came out firing, breaking the Italian’s serve in the first game of the match. But the 21st seed immediately returned the favour in a battle of two of the biggest-hitting rising stars on the ATP Tour.

Both men battled to take control of rallies early to stop their opponent from doing the same, and Sinner did a better job of playing from defensive positions. As the match wore on, Ruusuvuori began moving forward, but it was too late to turn the contest around.

“It was maybe the most important part, trying to go on court a little bit faster than him, trying to take the ball a little bit earlier,” Sinner said. “He’s obviously a very great player, beating very great tough opponents here. I was ready for this today and I’m very happy,”

This was the pair’s first ATP Head2Head meeting. However, they played at an ATP Challenger Tour event in Canberra last year, with Ruusuvuori triumphing in straight sets.

It was an impressive tournament debut for Ruusuvuori, who became the first Finnish player to reach the fourth round in Miami since Jarkko Nieminen in 2007. There were linesmen for this match rather than HawkEye Live. The system was not working at the start of the contest, so the players left the court and returned once linesmen arrived.

In the next match on Court 1, Bublik also earned a place in his maiden Masters 1000 quarter-final with a 6-7(5), 6-3, 6-4 comeback win against home favourite Taylor Fritz. It is the latest milestone in an impressive 2021 campaign for the 23-year-old, who has already finished as a runner up in Antalya and Singapore.

“It is a great achievement [to reach a Masters 1000 quarter-final]. It is the first time for me,” said Bublik. “It was a tough battle. It is always tough to play against Taylor, we always have some great battles and I was the lucky one to get the win today. I am very happy with it.”

Bublik, who earned his first two wins of the tournament against Laslo Djere and James Duckworth, is excited by the challenge of facing Sinner for the second time in their ATP Head2Head rivalry.

Did You Know?
Sinner has now reached his first Masters 1000 quarter-final and Grand Slam quarter-final before his 20th birthday. At Roland Garros last year, the teen advanced to the last eight, where eventual champion Rafael Nadal ended his run.