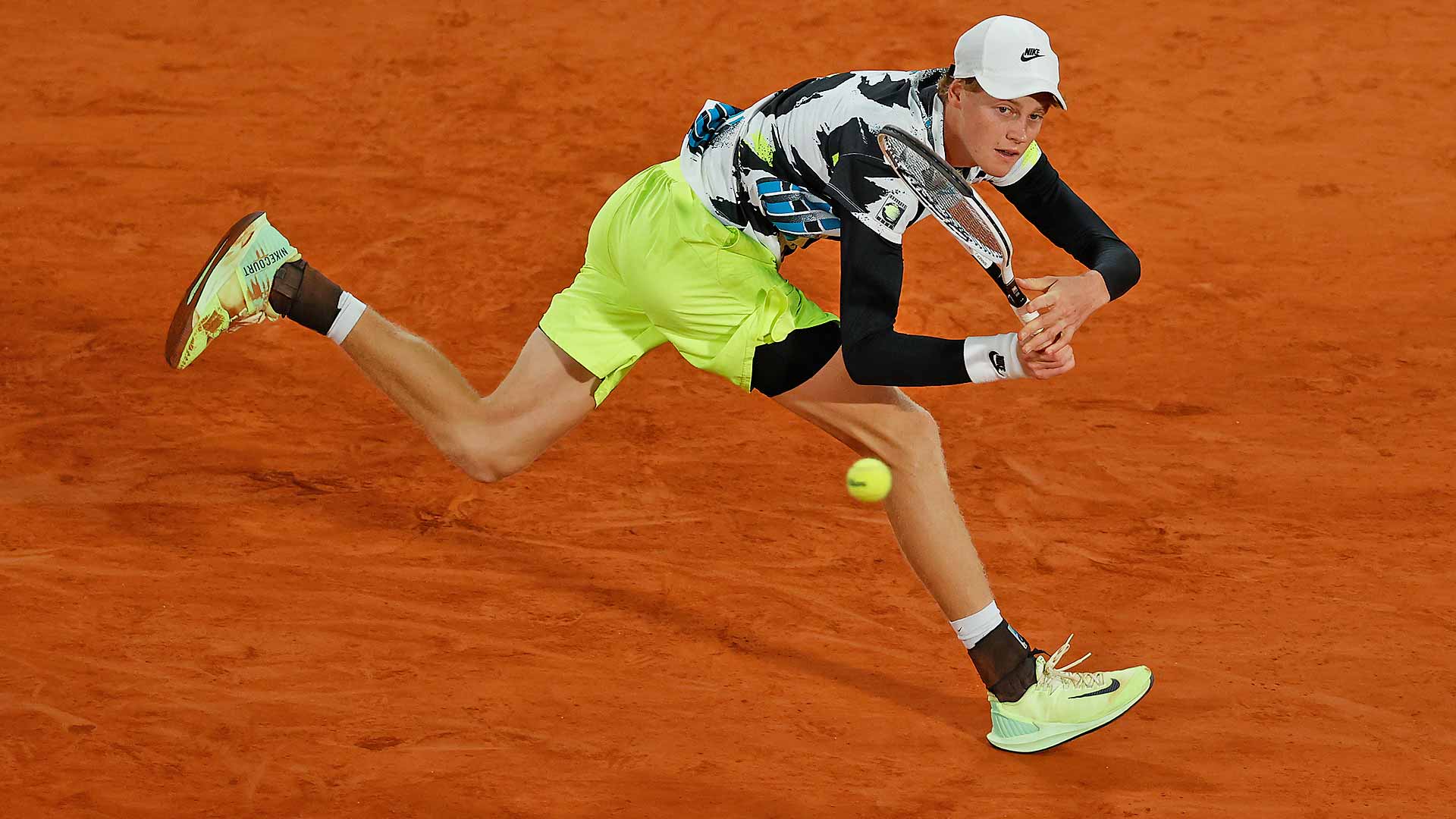 Rafael Nadal defeated Jannik Sinner in straight sets in the Roland Garros quarter-finals, but the 19-year-old Italian proved that he belonged against the 12-time champion on Court Philippe-Chatrier.

“You have to have, for every player, the right respect on court and especially off court as well. I think he's a great example for everyone. He's a nice guy. I've practised a little bit with him. It's good.”

The reigning Next Gen ATP Finals champion was only competing in his fourth Grand Slam main draw. But he came out firing against the Spaniard, leaving impressed commentators and fans worldwide raving about his potential.

“I’m a person who looks not in the future and not in the past, always in the present,” Sinner said. “At the end you have to show everything. I didn't win anything until now… It's just [about keeping my] head down and trying to improve, trying to play hour after hour on court, which I need to do. I have a great team behind me.”

Under the tutelage of veteran coach Riccardo Piatti, the teen showed not just talent, but strategic awareness. He stepped into the court whenever possible to take time away from the legendary lefty. Sinner made 44 unforced errors, but it was that unrelenting aggression that positioned him to serve for the first set and lead by a break in the second set.

“You go on the court with the right mindset, with knowing or having a plan to play against him,” Sinner said. “I had actually quite a great plan. It worked quite well.”

Nadal was certainly impressed. The lefty advanced to his 13th Roland Garros semi-final, but it wasn’t easy.

“Sinner is a very, very young talent with a lot of power, great shots. For two sets it was tough, especially at the end of that first set. I was lucky to be back from 5-6, having to break him back. The conditions here were a little bit difficult because he was hitting every ball very hard,” Nadal said on court after his victory. “For me it was difficult to pull him out of position. I think in the third set I did much better and I finished playing much more aggressive. That was the only way.”

Sinner departs Paris with a wealth of experience after becoming the first player to reach the quarter-finals on his tournament debut since Nadal in 2005. The teen lost, but still enjoyed the best run of his young career.

“I had chances in the first and second set. Unfortunately I didn't use them,” Sinner said. “He deserves where he is. Congrats to him.”