Sinner: From The Stands To The Stage To The Top 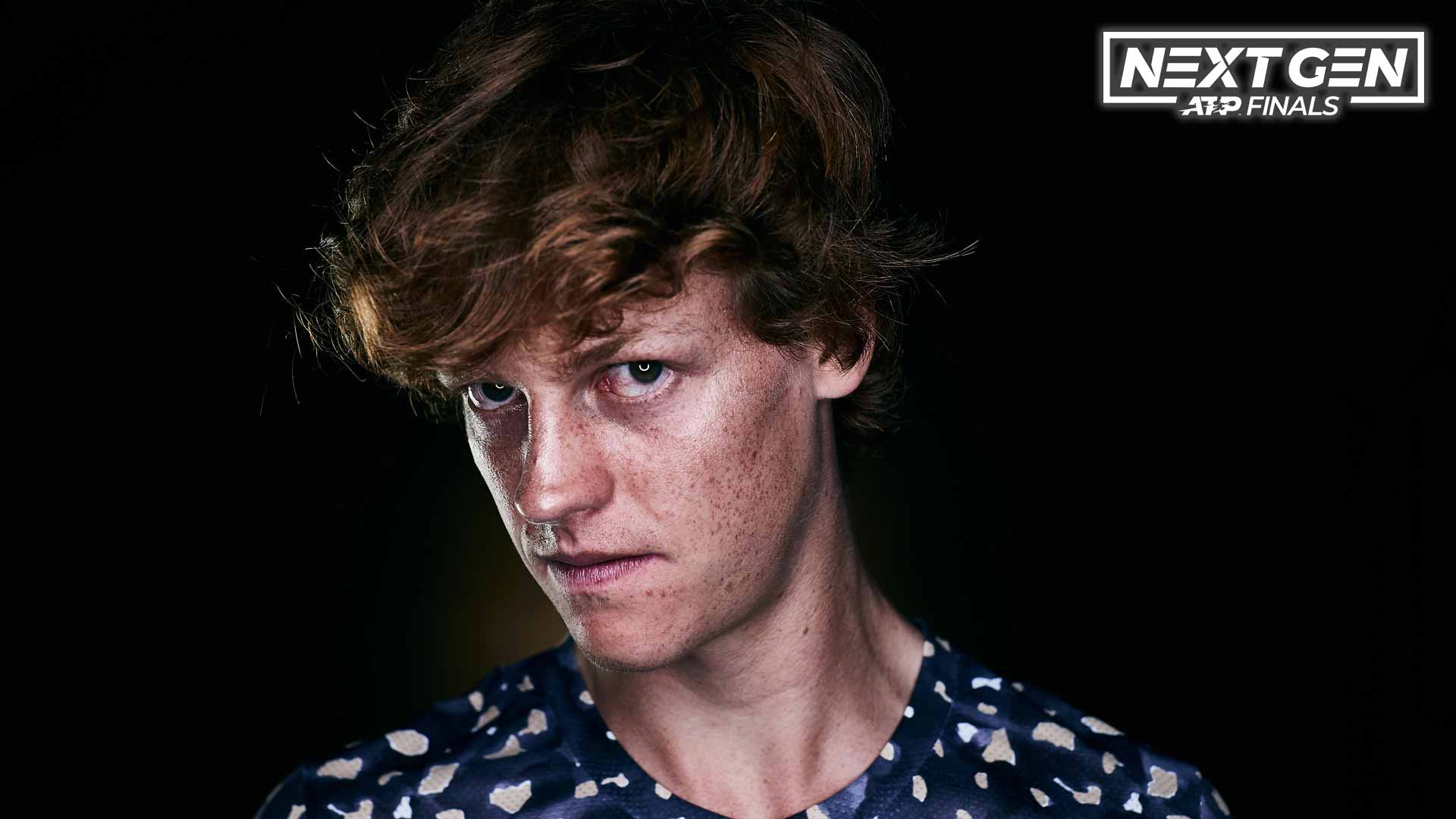 Jannik Sinner has climbed more spots to reach the Top 50 in the FedEx ATP Rankings than anyone on the ATP Tour in 2020. © ATP Tour

It’s easy to forget that Jannik Sinner was the eighth seed at last year’s Next Gen ATP Finals. Then only 18, the Italian had shown promise earlier in the year by reaching the Antwerp semi-finals. But he gained entry into the 21-and-under finale as a wild card. Sinner finished the 2019 FedEx ATP Race To Milan in 11th place.

But the one-time skiing prodigy was determined to prove that he could compete with more established #NextGenATP stars, like Alex de Minaur, Frances Tiafoe and Casper Ruud.

“Last year, I was watching from the stands,” Sinner said before the tournament, cracking a smile. “This year, I can play in front of the stands.”

Sinner did more than just compete. He became the first Italian to lift the Next Gen ATP Finals trophy, beating De Minaur 4-2, 4-1, 4-2 with a breathtaking shotmaking display in the final. That proved to be just the beginning of what has been a rapid ascent for the teen.

The red-headed right-hander received plenty of attention for his efforts. Even Roger Federer chimed in at this year's US Open.

“I think we'll see so much more from him,” Federer said. “He's an exciting guy and [a] super sweet kid, which I always love to see.”

The spotlight that was on Sinner only grew bigger throughout 2020, but the Italian never allowed the pressure to get to him. In fact, he thrived under it. Sinner has made the biggest jump into the Top 50 of the FedEx ATP Rankings this year, surging from No. 78 to No. 44, and he is not yet done, competing at this week's Sofia Open.

The #NextGenATP star didn’t soar with just one big result, either. One can argue some of Sinner’s losses have been just as impressive as his wins.

The Italian earned his first Top 10 triumph in February, when he beat World No. 10 David Goffin in Rotterdam. The Belgian is one of the toughest baseliners on the ATP Tour, but Sinner dispatched him in straight sets.

“It feels like a normal victory, [but] sometimes you play [matches] better than others,” he said. “It’s all about improving and testing where you are [as a player]."

Since he first broke onto the scene, Sinner has maintained that he does not focus on one result. He is always working to best position himself for the long term, trying to improve daily.

After the ATP Tour was suspended for more than five months due to COVID-19, the Italian lost his first two matches back. But a five-set defeat against then-World No. 16 Karen Khachanov in the first round the US Open showed a big result was not far away.

Khachanov is one of the world’s biggest hitters, but Sinner had no problem going toe-to-toe with the Russian for three hours and 44 minutes, pushing the 2018 Rolex Paris Masters champion to a fifth-set tie-break. Italian veteran Paolo Lorenzi was in the stands watching his countryman.

“Sometimes it’s like he’s playing another sport. The ball is going so fast from his racquet. He’s still thin, he’s not so big. But the ball is going really, really fast,” Lorenzi told ATPTour.com. “It was impressive. He was playing unbelievable [against Khachanov]. He was two sets up against a guy who is Top 15 in the world and they both were playing really good. I think that was a big step for him.”

Sinner carried that momentum into the clay-court season, during which he beat Stefanos Tsitsipas in the second round of the Internazionali BNL d’Italia for his second Top 10 win. Sixteen months earlier, he had managed to take only five games from the Greek star at the same tournament.

That set the stage for one of the most impressive #NextGenATP efforts of 2020. Sinner only lost one set en route to his first Grand Slam quarter-final at Roland Garros, where he beat Goffin and recent US Open finalist Alexander Zverev. The Italian became the first player to reach the last eight on his debut at the clay-court Slam since Rafael Nadal in 2005. It was only fitting Sinner faced the Spaniard next.

Sinner gave it a good shot, winning more games against Nadal (11) than World No. 1 Novak Djokovic did in the final (7). The teen showed a willingness to engage the legendary lefty in baseline rallies, sometimes even overpowering the Spaniard.

“He's improving every single week. He's playing better and better and better,” Nadal said before their match. “He has an amazing potential, he moves [his] hands very quickly and he's able to produce amazing shots.”

Two years ago, Sinner was in the stands in Milan. Last year, the Italian took centre stage. And now, the teen is proving that he is well on his way to the top.