Sinner Shines In The Spotlight 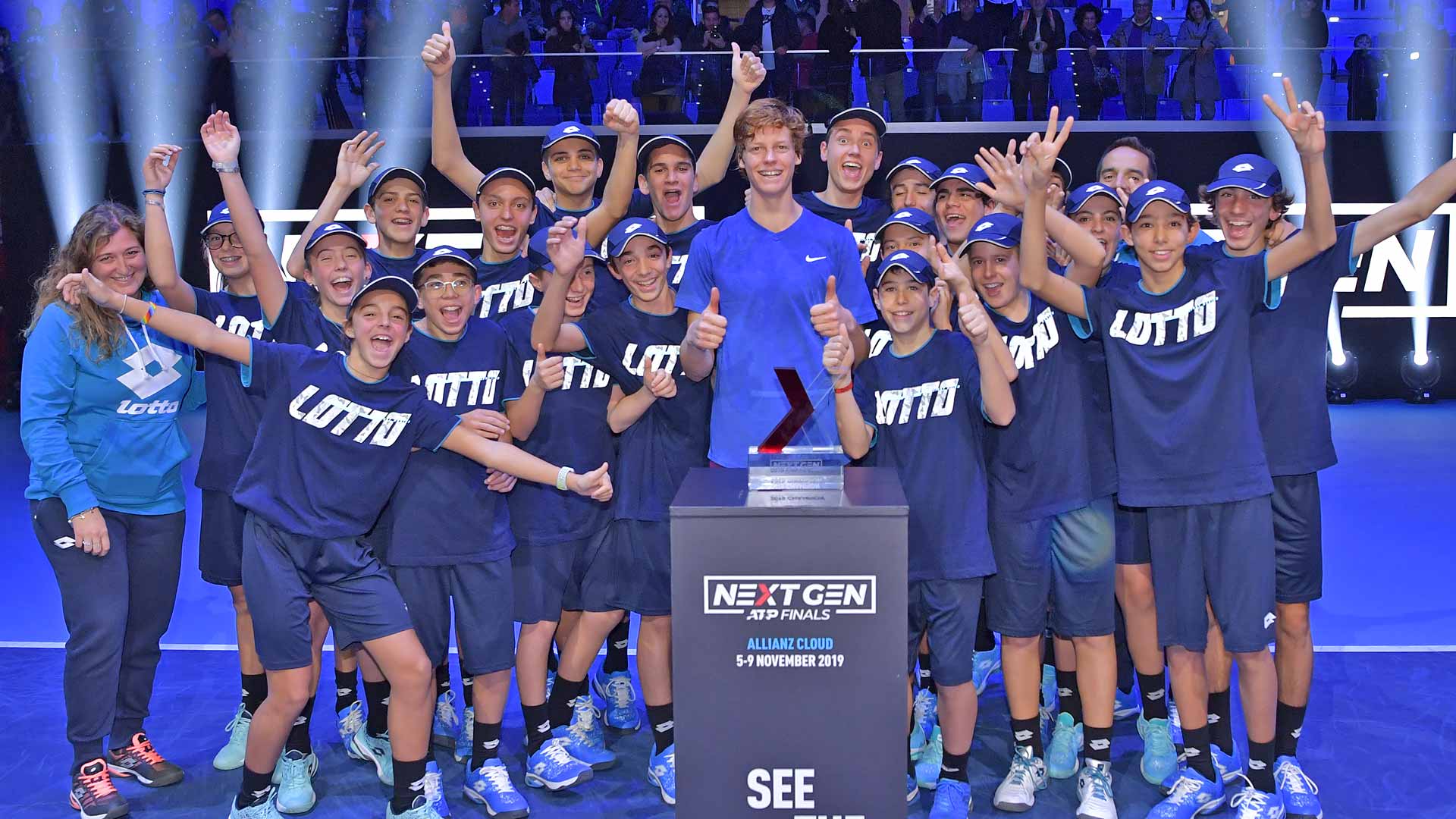 Jannik Sinner’s press conference after defeating Alex de Minaur in Saturday's title match at the Next Gen ATP Finals was standing room only. Cameras clicked and whirred as the 18-year-old answered questions in English and Italian, signed autographs and gave video messages for fans on social media.

The amount of attention and support he received all week in Milan would likely have been unfathomable to him at the start of the year. Sinner’s rapid progression took him from outside the Top 500 at the start of the year to competing in front of 5,400 fans at the Allianz Cloud, where fellow Italians cheered him on. But instead of shying away, he's embraced the increased interest.

“I’ve never had this kind of support, even on court. Off court, [I’m] making some media. I'm still young, so now it's okay,” Sinner said.

His ease at being thrust into the spotlight hasn’t gone unnoticed among his #NextGenATP peers this week. Many of them hadn’t met Sinner since he's only played a handful of tour-level events. But after practising with him and getting to know him off the court, they’re impressed by what they’ve seen.

”I have seen what a genuine, humble, sort of grounded kid he is, which is great to see,” said De Minaur. “Even though he's been talked about a lot… he’s taking it exactly the way he should be. I don’t think he’s changing. He’s still the same kid that he was before all of this happened. Hopefully he can keep going that way and I’m sure good things will follow."

Despite the extra attention, Sinner remained focussed on tennis. He saved his best match for last against De Minaur, erasing all nine break points and winning five of seven deciding points. But what pleased the teenager most is his progression throughout the week.

“I think I played better match after match. That’s the point and that's the thing we were looking for,” Sinner said. “I played well the first match. Yesterday, I started not perfect, but then it was a great match after. I started today very well… I’m very happy about that.”

When Sinner sat in the stands to watch last year’s event in Milan, the thought of holding the trophy 12 months later never crossed his mind. The soft-spoken Italian admitted that he didn’t expect to take the title this week, but his modesty doesn’t reflect a quiet confidence in his game. If his performance here is any indication, he’ll be standing in the winners' circle for many years to come.

“I'm surprised because it's been an unbelievable week. All the players are unbelievable players. If not, they are not here,” Sinner said. “I was the [lowest-ranked] one. I was the [eighth] seed. So I tried to have my chances and, of course, today I'm very happy about my game.”