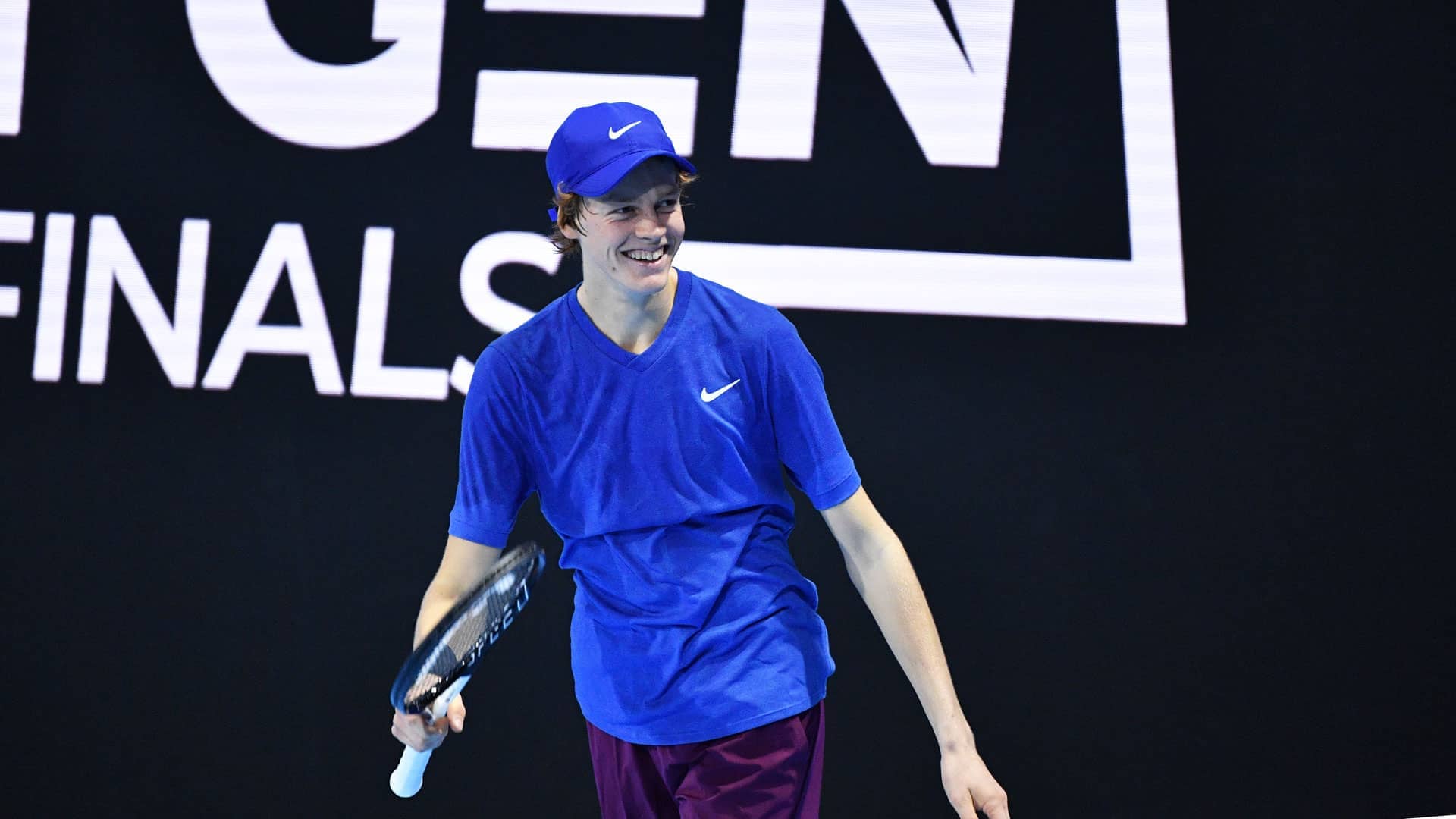 Jannik Sinner looks for his second Top 20 win of the season against Alex de Minaur in the Next Gen ATP Finals championship match. © Peter Staples/ATP Tour

It’s safe to say that Jannik Sinner has gained a few new fans this season.

In January, the Italian teenager was competing at an ITF Futures event in Tunisia. On Friday, he walked on court at the Next Gen ATP Finals to find thousands of fans at the Allianz Cloud cheering for him and holding signs with his name. Sinner credited the support in Milan with helping him defeat Serbian Miomir Kecmanovic and complete a dream run into the championship match against top seed Alex de Minaur.

”I think the crowd gives you a kind of energy, which is very important for a player,” Sinner said. “Today, I was a little bit more nervous because it’s a semi-final. Tomorrow, I will, of course, be a little bit nervous, which is normal. You have to try to put it away and focus on your game, which I think I have done a good job of today.”

His run as a wild card this week is the latest highlight in a remarkable season of growth. Sinner hadn’t won an ATP Challenger Tour match prior to arriving in Bergamo this February, but delighted the home crowd by taking the title and becoming the youngest Italian winner in Challenger history. His first ATP Tour main draw win came two months later in Budapest, followed by his first ATP Masters 1000 win in Rome. Last month, he defeated Gael Monfils to reach his maiden tour-level semi-final in Antwerp.

Supporters of Italian tennis have had plenty to cheer for this year, including Matteo Berrettini qualifying for the Nitto ATP Finals and Fabio Fognini winning his first Masters 1000 crown in Monte-Carlo, but Sinner’s run in Milan has stirred the crowds this week into near-hysteria. Fans have packed the stands to watch him practise and the list of media outlets hoping to speak with him grows each day. Although the 18-year-old can appear shy, he has embraced being recognised for his success.

“I enjoy the spotlight. I think it’s something new. [The fans are] just trying to cheer for me,” Sinner said. "Sometimes guys the same age as me are coming up to me and asking for photos or autographs. It’s strange, but it feels good.”

Sinner will have the spotlight on him once again when he takes on De Minaur in Saturday’s final. But regardless of the final score, he is determined to create another memorable moment for his growing legion of fans.

”It's unbelievable here, the atmosphere, and I enjoy every moment I play,” Sinner said. “I will try to play my best tennis because against Alex, if you want to win, you have to. It's not an easy match tomorrow, but I will try my best.”