How Sinner Is Storming Down His 'Long Road' 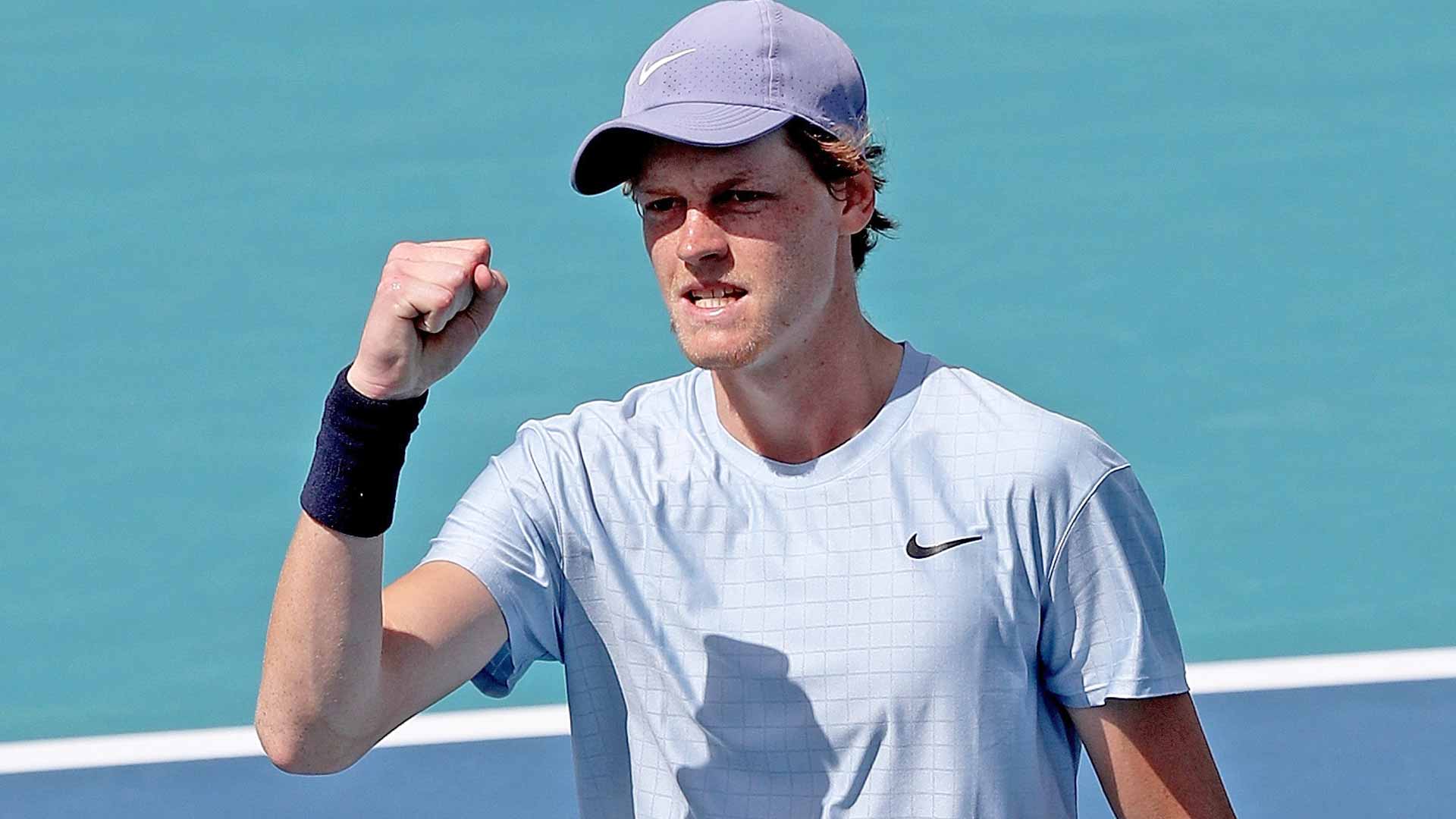 When Jannik Sinner broke onto the scene in 2019, the Italian was adamant that he was focussed on improving, not just his winning. It was all about "the process" and getting better in the long term. If Sinner lost and learned, he was okay with that. Two years ago this week, the teen was competing in a Futures event in Italy, still the No. 322 player in the FedEx ATP Rankings.

That makes it all the more amazing that Sinner reached his first ATP Masters 1000 final on Friday, defeating game veteran Roberto Bautista Agut in the semi-finals of the Miami Open presented by Itau. On Sunday the 19-year-old, the same player who admitted he prioritises development over trophies, can become the youngest titlist in the history of a tournament where Andre Agassi and Novak Djokovic both won as teenagers.

“Obviously it's very nice to be part of this final, to play a final, to play for a win, but… I just try to improve every day. That's for my next years. That is still the main goal,” Sinner said. “[I am] just trying to practise day after day with the right mentality. Then we will see in next years or in next months what's coming.”

It’s easy to forget that this is just Sinner’s third Masters 1000 main draw and first on hard courts. Both of those previous appearances came at home in Rome. This is all new to Sinner, yet you would never know by watching him. After crushing a backhand winner on match point, the teen quietly pumped his fist as he looked at his team. Only after shaking hands with Bautista Agut and then waving to the Miami crowd did Sinner allow himself to crack a smile.

Sinner’s father, Johann, is a chef and his mother, Siglinde, is a waitress in the same restaurant. The 19-year-old believes his demeanour comes from his parents and their work ethic.

“I have it from my parents because they are working every day a simple job,” Sinner said. “They know what it means to work hard. They gave me this kind of mindset, always trying your best day after day and trying to don't lose energy during your job.”

Perhaps it’s that mentality that has allowed Sinner to improve at warp speed. For most players, it takes years of experience to climb the ATP Tour ladder and get used to the increasing level of competition. But the World No. 31 does not get distracted by the attention or the rapidly-improving number next to his name. He looks at home on the big stage, which can often prove frightful for younger players.

Although Sinner speaks about the “long road” that represents his career, he is breezing down it with nothing impeding his progress. Three years ago, the San Candido-native was outside the top 1,500 in the FedEx ATP Rankings. Two years ago, he was World No. 322. This time last season, Sinner was still more than six months away from his Top 50 breakthrough. Now, he is on the doorstep of the Top 20, which he will storm through with a victory against Andrey Rublev or Hubert Hurkacz on Sunday.

“It feels great obviously, but as I always say, I’m 19. The road to have this big name is long. It's not done in one week or tournament. It’s a long process to come there,” Sinner said. “I think it's nice to play [in the] final here in Miami, but it doesn't mean anything, that you are going to win other tournaments. The road is long. I know it. My team knows that.”

Many players in Sinner’s position would be overcome with emotion, and there’s nothing wrong with that, either. When fellow #NextGenATP Italian Lorenzo Musetti had a dream week in Acapulco last month, he often fell to the court in celebration. Sinner, however, is a young man zoned in on his mission, not reflecting on his growth.

“You don't think about playing big tournaments [at] that point because the road is long, your ranking is not there. And then, sometimes you feel good in some weeks,” Sinner said. “Here I felt well from the beginning of the week on court. I think obviously it's a great result here, but first I have one more match in front of me.”