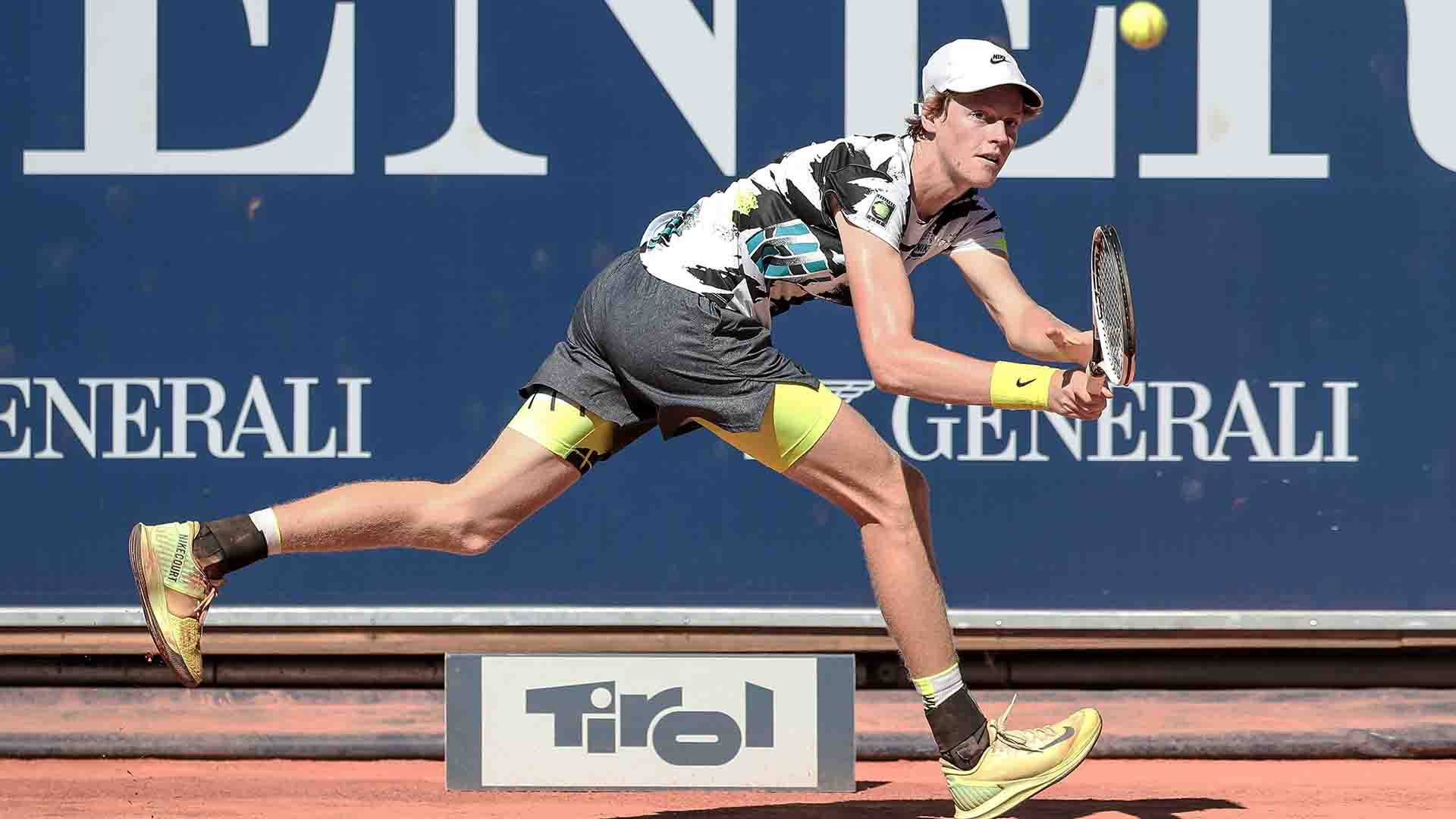 Jannik Sinner improves to 2-0 in his ATP Head2Head series against Philipp Kohlschreiber. © GEPA-pictures

In his first match on clay in almost 14 months, Jannik Sinner made an impressive transition to the surface at the Generali Open on Wednesday.

The reigning Next Gen ATP Finals champion recorded his first victory since the resumption of the ATP Tour, beating two-time champion and Kitzbühel resident Philipp Kohlschreiber 6-3, 6-2. Sinner, who fell to Karen Khachanov in the US Open first round in a final-set tie-break, won 85 per cent of first-serve points (22/26) to advance after 67 minutes on Centre Court. Kohlschreiber was also competing for the first time since his opening-round loss to Vasek Pospisil at the US Open.

“Obviously, it has not been easy for both of us. We played the US Open one week ago. We are maybe still jetlagged. It has not been easy,” said Sinner. “I have not been playing on clay for more than one year, so it is a little bit different… I tried to push from the back [of the] court and tried to play my game. Today, I am very happy.”

This is Sinner’s second ATP Head2Head victory in as many meetings against the 36-year-old. The Italian wild card, born close to the Austrian-Italian border in San Candido, also defeated Kohlschreiber in his opening match at the 2019 Erste Bank Open in Vienna.

“[Philipp] is a great guy. He has been on the Tour for such a long time, so it never easy,” said Sinner. “Even last year in Vienna, I played against him in the first round. It has been a very positive day.”

Sinner will face Laslo Djere for a spot in the quarter-finals. Last year’s Rio Open presented by Claro champion recovered from 0-4 down in the decider to overcome 2019 runner-up Albert Ramos-Vinolas 6-1, 3-6, 7-6(2).

“I don’t care so much about [who] my opponent [is]. I am just trying to play my game,” said Sinner. “[I am] trying to get better day after day. I will [feel] great if I play better tomorrow than I did today. That is what I am looking for.”

Just three days after his fourth-round loss to Borna Coric at the US Open, Jordan Thompson dug deep to overcome countryman John Millman 6-3, 4-6, 7-6(2) in just under three hours. Thompson will next face Miomir Kecmanovic, who eliminated sixth seed Kei Nishikori in three sets on Tuesday.

Feliciano Lopez made a successful return to Kitzbühel, beating Pierre-Hugues Herbert 6-4, 6-3 in 73 minutes. The Spaniard, who made his last appearance at the ATP 250 in 2011, dropped just four points behind his first serve (24/28) to book a second-round clash against seventh seed Guido Pella.

Huesler was one of four qualifiers to advance to the second round on Wednesday. Federico Delbonis raced past Juan Ignacio Londero 6-4, 6-0, Maximilian Marterer beat Dennis Novak 7-6(6), 6-4 and Yannick Hanfmann broke Alexander Bublik on four occasions to secure a 7-5, 6-2 victory.