Jannik Sinner & The Art Of Adaptation 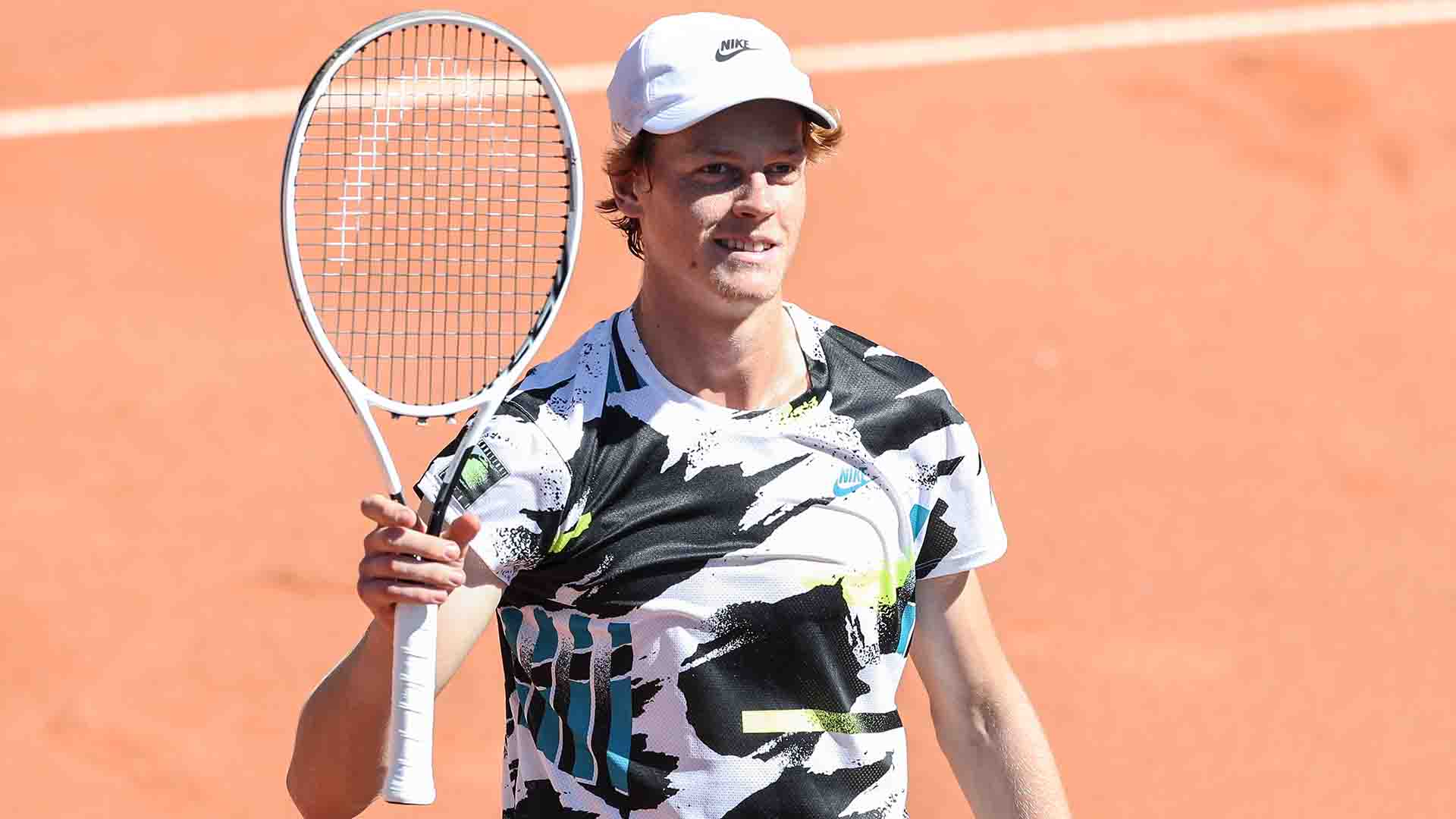 Jannik Sinner is making his debut at the Generali Open in Kitzbühel this week. © GEPA-pictures

A change of surface has brought a change of fortune for Jannik Sinner.

Following more than five months on the sidelines due to the COVID-19 pandemic, the 19-year-old Italian endured a disappointing return to hard-court action in New York with losses in his opening matches at the Western & Southern Open and US Open. But as the ATP Tour returns to clay this week for the first time in more than a year in Kitzbühel, Sinner is once again a winner, dropping just five games in his opening-round victory Wednesday over tough German Philipp Kohlschreiber. It was his first tour-level win since a first-round triumph over Norbert Gombos in Marseille in February.

The reigning Next Gen ATP Finals champion was showing signs of great form in his first-round match at the US Open, where he led 11th seed Karen Khachanov by two-sets-to-love. But the World No. 74 began to struggle with his physical condition and Khachanov took his opportunity, charging back to claim a final-set tie-break victory.

The loss was difficult for Sinner to take. He was attempting to win his first match at the Grand Slam championship, just a year after an impressive four-set effort against 2016 champion Stan Wawrinka at the same stage. But Sinner has since been working hard on his physical condition, in preparation for the European clay swing. And it has paid immediate dividends in Kitzbühel.

“I played well in the first two sets and then after that I went physically a little bit down [and lost] 7-6 in the fifth,” Sinner told ATPTour.com. “The first two days were not easy. The day after I went home to Monaco. I practised there for two days on clay with my physio and physical coach. We worked very hard to get me back on court as soon as possible, which worked. I am feeling good back on court, which is the most important thing. It is a lot of work that we have done, especially on my back and legs.”

Due to the COVID-19 pandemic, many of the ATP Tour’s stars will be making the transition from hard courts to a surface they have not played on for more than a year. Sinner is one of those players. Prior to his first-round win against Philipp Kohlschreiber at the Generali Open on Wednesday, the 6’2” right-hander had not competed on the dirt since the Plava Laguna Croatia Open Umag in July 2019.

“For every player, it is not easy. That is for sure,” said Sinner. “Trying to adapt your game as quick as possible, trying to give yourself a little bit more space behind the ball. The ball is bouncing higher, the kick serve is working well, so it is obviously different. The rallies are a bit longer, [so] you have to be ready physically. That, for me now, is very important.”

Getting accustomed to playing on a surface for the first time in more than a year is not the only adaptation Sinner is having to take in his stride. The strict COVID-19 safety measures in place in New York and Kitzbühel have also taken some time for the Italian to get used to. But Sinner is clear, despite the difficulties that come with living life in a bubble, he is grateful to be back playing the sport he loves.

“[I am] trying to adapt. It is a different year, that is for sure,” said Sinner. “Sometimes you would like to go out, try to see something different, especially when like me you lose first round [at the US Open], you have 10 days to practise day after day... Most of the players and I are very happy to be back competing. The work they have done in the US and now, here in Kitzbühel as well, they are doing great jobs to play the tournament. [There are] just positives for me.”

Another positive for Sinner is the venue where he is beginning his European clay campaign. Not only is Kitzbühel one of the most picturesque stops on the ATP Tour, it is also just a two-hour drive from the Italian border town of San Candido, where he was born. Sinner was happy to receive support from friends and family in the stands on Wednesday and also took a moment to share his gratitude for the backing he has received from Austrian events in the past year.

“I would say [it is] kind of a home tournament,” said Sinner. “So many of my friends came today, my parents as well. I don’t know if they will stay even for tomorrow, but it is nice to see. After the US without spectators, it is nice to play in front of a little bit of a crowd. It is a nice tournament. I can just say thanks for the wild card. Last year, in Vienna, they gave me a wild card and now this year in Kitzbühel. I am very happy and pleased for that and obviously I am trying to do my best.”

When Sinner is not on court in Kitzbühel, he may find time to watch action from the US Open in his hotel room. The Italian made a breakthrough of his own when he charged to the Next Gen ATP Finals trophy in Milan last November and he is now excited to see which player will make their own statement on the Grand Slam stage.

“All of the players who are still there knows there is going to be a different Grand Slam champion. My favourite, if I have to say someone, is Dominic Thiem because he played already three [Grand Slam] finals,” said Sinner.

“He is the most experienced guy, but he knows it. He has a lot of pressure and I think he is putting a lot of pressure on himself. On the other way [there] is Zverev, it is difficult to say, Medvedev as well is very experienced… I would just like to enjoy watching the matches, even if I would like to play them. It is going to be very interesting and finally we will see another guy lifting a trophy there.”