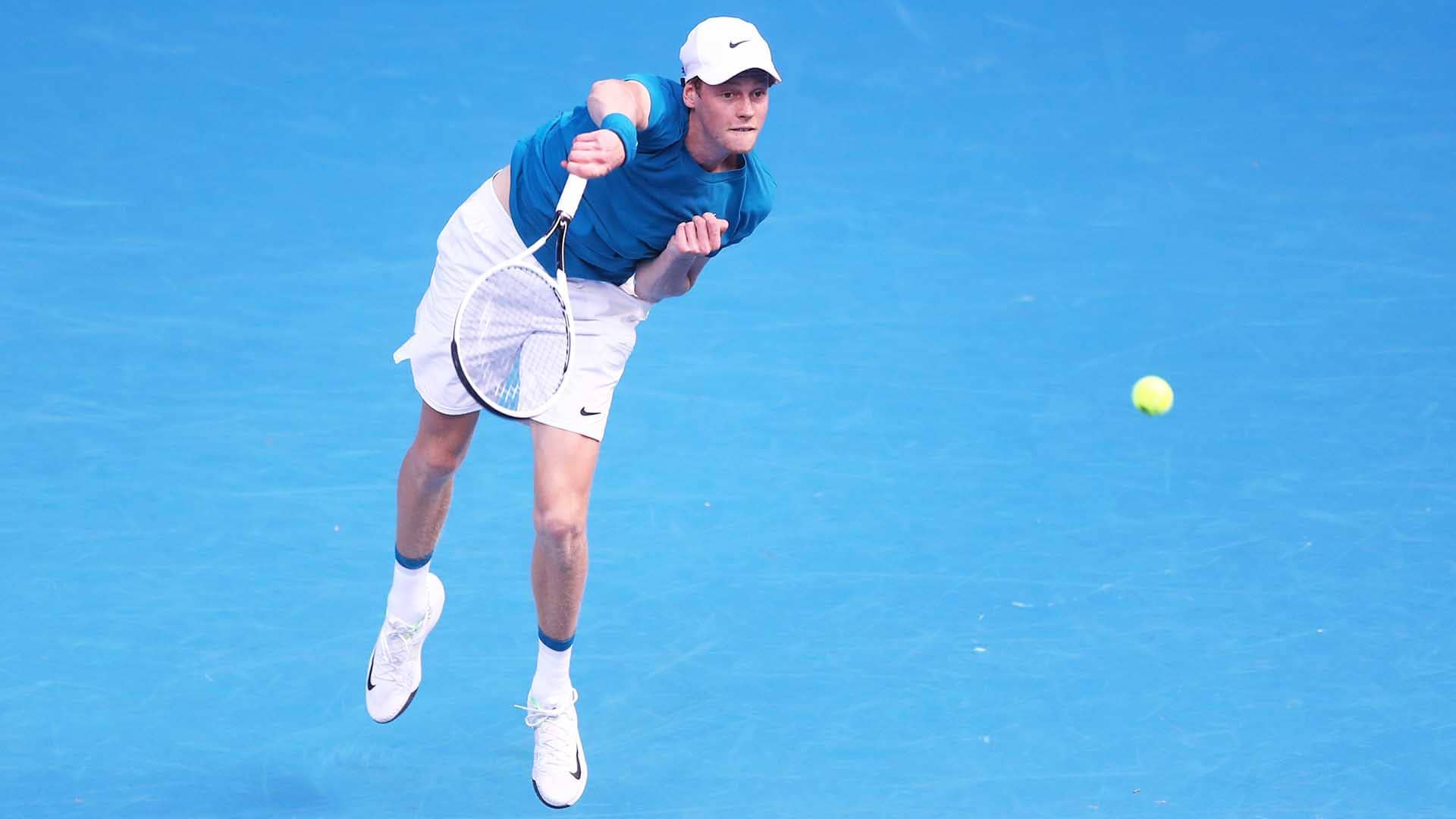 Jannik Sinner ended his 2020 season by lifting his maiden ATP Tour title. After a dramatic semi-final at the Great Ocean Road Open on Saturday, the #NextGenATP Italian is just one win away from starting his 2021 campaign in similar fashion.

“A lot of credit [goes to Khachanov]. We had a great battle at the US Open as well, 7-6 in the fifth. He is a great player… and I am very happy to be in the final,” said Sinner, in an on-court interview.

Sinner extends his unbeaten record on the ATP Tour to nine matches. The World No. 36 ended 2020 with five consecutive wins en route to the Sofia trophy and has picked up four wins this week in Melbourne.

For the third match in a row, Sinner was forced to save a set point in the first set. Khachanov landed a powerful second serve at 4-5, 30/40 to stay in the set and created a set point opportunity of his own two games later. Sinner reacted quickly to a net cord and flicked a forehand winner to escape danger, before taking the first set in a tie-break. The #NextGenATP Italian returned with depth and extracted multiple forehand errors from his opponent to clinch the set after 62 minutes.

Sinner appeared to be closing in on victory in the second set, when he ripped a cross-court forehand winner to break serve at 3-3. But Khachanov responded emphatically, as he broke serve in back-to-back return games with aggressive forehand play.

Sinner opened the third set with two inspired cross-court forehand passing shots from deep positions to claim a 1-0 advantage. The Sofia titlist held his nerve to save four break points en route to a 5-3 lead, but he failed to serve out the match as Khachanov attacked Sinner’s backhand to extract errors.

The momentum had shifted firmly in Khachanov’s favour and the Russian earned a match point at 5-6, 30/40. In an extended rally, Sinner ripped a series of forehands to keep Khachanov on the run and finished the point with an overhead winner. In the final-set tie-break, Sinner clinched victory with the same tactic as he came to the net behind his forehand to drive an overhead winner down the centre of the court. 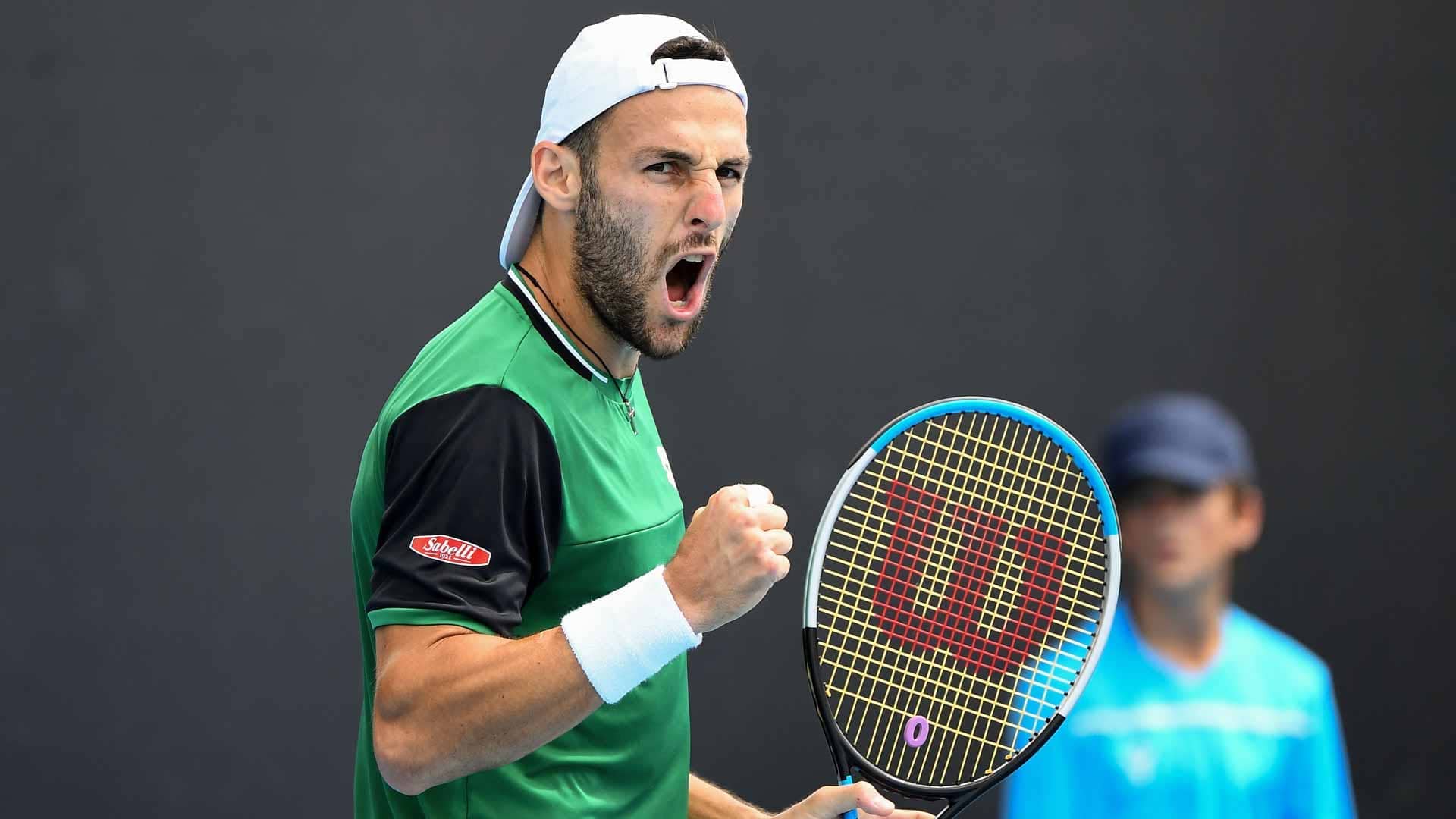 “It's great to see for Italy many players, many great players. I think everyone pushes each other a little bit,” said Sinner. “Everyone is playing very, very good tennis. Everyone is different as player, so I think it's great to see… having quite a big amount of players.”

Travaglia recovered from a slow start to beat Thiago Monteiro of Brazil 6-3, 6-4 in 86 minutes. It will be a moment to celebrate for the Italian, almost 10 years on from a freak accident at his family’s apartment in Ascoli Piceno. Travaglia slipped in his flip-flops, fell down a staircase, put his right arm through a plate-glass window and severed an artery. He was rushed to hospital by his parents, with his father stemming the bleeding.

Travaglia, then ranked outside of the Top 300 in the FedEx ATP Rankings, told the New York Times in 2017, “My tennis career, of course, was over. But in that moment I think about my hand and my arm — because it’s tough to live without a hand.” The Italian spent 18 days in hospital after surgery and it was eight more months until he was able to hold a racquet once again.

Four of Travaglia’s five wins this week at the Great Ocean Road Open, an ATP 250 tournament, have come in straight sets.