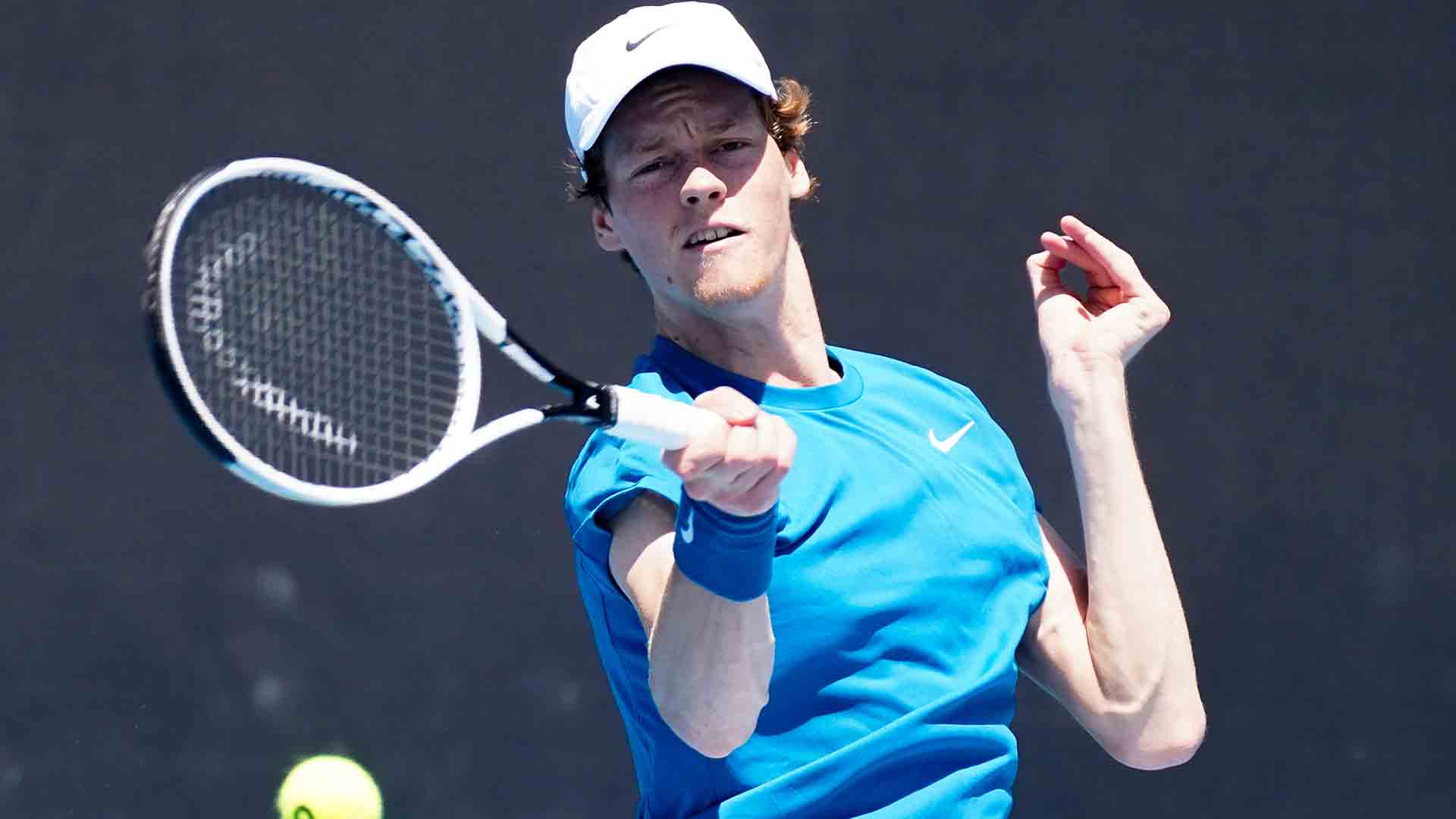 Jannik Sinner overcame seventh seed Miomir Kecmanovic 7-6(10), 6-4 on Friday to earn his second win of the day and advance to the Great Ocean Road Open semi-finals in Melbourne.

Earlier in the day, Sinner was forced to save a set point in a first-set tie-break en route to a 7-6(6), 6-2 win against Aljaz Bedene. The script was repeated in his meeting with Kecmanovic. After failing to convert eight set points of his own, the Italian had to save three set points in another first-set tie-break before claiming victory in just under two hours.

Standing between Sinner and a place in his second tour-level championship match will be second seed Karen Khachanov. The Russian, who defeated Kevin Anderson in his first match of the day, rallied from a set down to beat Botic Van de Zandschulp 6-7(6), 7-5, 6-3 in two hours and 36 minutes.

In the top half of the draw, Stefano Travaglia ended Hubert Hurkacz’s unbeaten start to 2021 with a 3-6, 6-3, 7-5 triumph. The Italian, who beat Antalya runner-up Alexander Bublik 6-1, 7-5 earlier in the day, converted five of six break points against Hurkacz to reach his first ATP Tour semi-final.

“It was a really complicated day because [we had to play] two matches in one day… It was really tough, but I think I adapted very good, and I played my best tennis today, [especially] in the third set against Hurkacz.”

Hurkacz entered his second match of the day with a 6-0 record in 2021. The Pole opened his 2021 season with a title run at last month’s Delray Beach Open by VITACOST.com.

“Today was a long day at Melbourne Park. I played pretty decent [in] those two matches. At the end, Stefano played really well, so that's good for him.”

Thiago Monteiro guaranteed a first-time ATP Tour finalist at the ATP 250. The Brazilian followed up his 7-6(3), 6-3 win against #NextGenATP Spaniard Carlos Alcaraz with a solid 6-4, 6-4 victory over 11th seed Jordan Thompson. Monteiro and Travaglia will meet for the first time in the semi-finals.