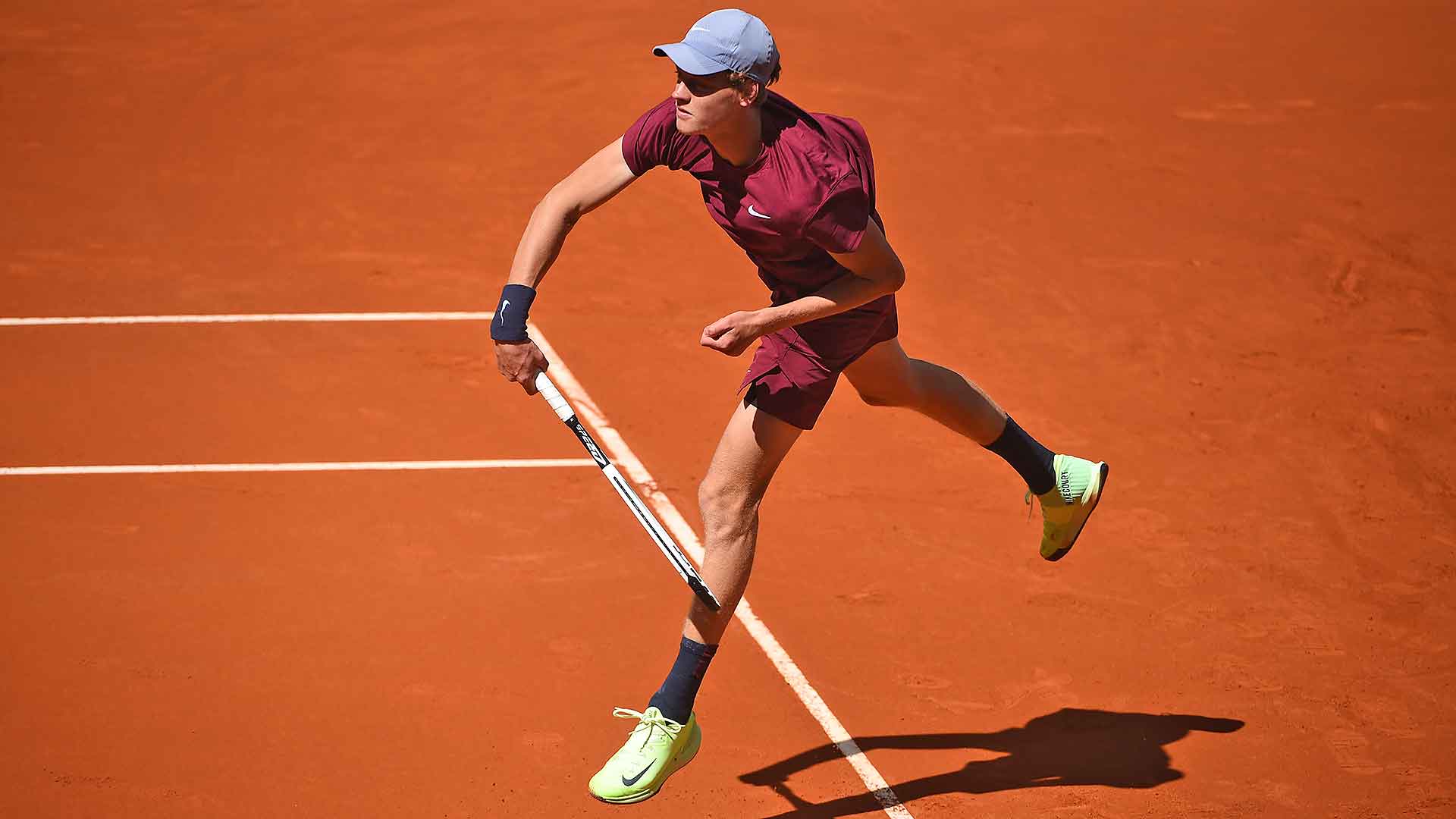 Jannik Sinner was in control against Guido Pella on Tuesday in Madrid. © Corrine Dubreuil/ATP Tour

#NextGenATP Italian Jannik Sinner was on course for a routine win at the Mutua Madrid Open on Tuesday when Guido Pella retired due to a right leg complaint in the ninth game of the second set. The 19-year-old Sinner was leading 6-2, 4-4.

"It's not easy playing against Guido because he's lefty," said Sinner, who arrived to prepare in Madrid on Wednesday last week. "I never played against him before, so you never know what to expect. I was trying to keep focused on what I had to do. I think it has been a good first match obviously."

Sinner, who captured his second ATP Tour title at the Great Ocean Road Open (d. Travaglia) in February and is now 19-7 on the season, won seven straight games from 2-2 in the first set to 3-0 in the second set. He will next play Australian qualifier Alexei Popyrin, who won his first trophy at the Singapore Tennis Open (d. Bublik) in February.

Kei Nishikori worked hard to overcome Karen Khachanov, bouncing back from missing out on two set points in the first set. The 2014 Madrid finalist knocked out his Russian opponent 6-7(6), 6-2, 6-2 in two hours and 18 minutes on Manolo Santana Stadium.

"I was feeling much better after first set," said Nishikori. "I think I was a little bit tight and a little too conservative maybe. I think I could [have been] a little more aggressive. So I tried to stepp in a little bit more than the first set. Then everything started working well."

Nishikori, who could not convert two set points at 6/4 in the first set tie-break, hit 24 winners and will next challenge fifth-seeded German Alexander Zverev, the 2018 champion. Zverev leads Nishikori 2-1 in their ATP Head2Head series.

Khachanov led 4-2 in the first set at had a set point at 6-5, but saw Nishikori recover to hold two set point chances at 6/4 in the tie-break. Khachanov wrapped up the 63-minute opener after Nishikori hit a backhand into the net.

Nishikori bounced back immediately to win the first three games of the second set. The Japanese star then dug deep in lengthy baselines in the fourth game of the decider to break clear. He completed victory with a forehand winner to break Khachanov’s serve to love.