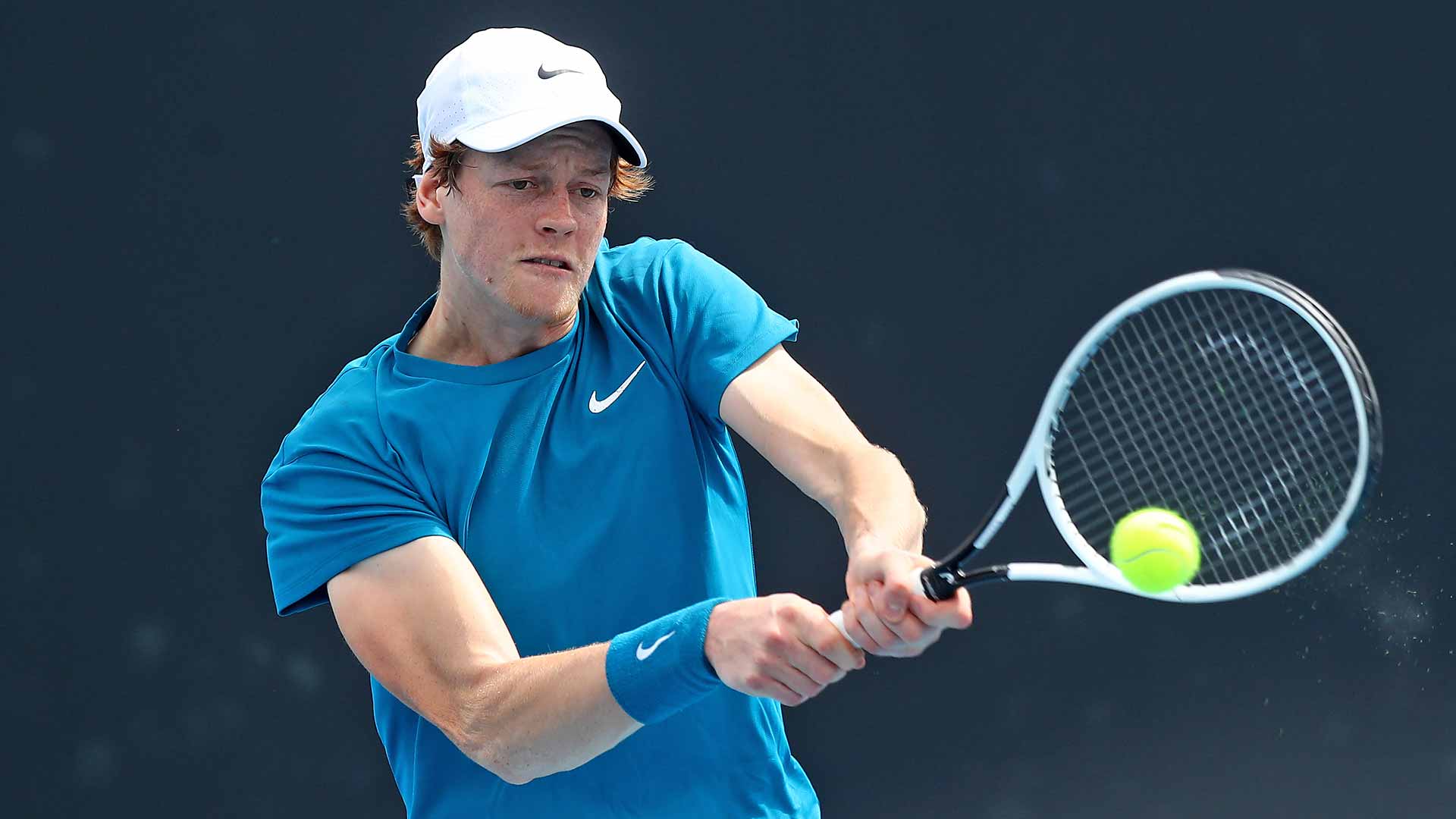 The 19-year-old had lost his only previous ATP Head2Head meeting against Aljaz Bedene at 2019 Umag. But this time, Sinner emerged victorious against the Slovenian 7-6(6), 6-2 to reach the quarter-finals of the Great Ocean Road Open.

When the pair clashed in Umag 18 months ago, a 17-year-old Sinner was still outside the Top 200 of the FedEx ATP Rankings. Now the teen is World No. 36 and climbing. Sinner hit nine aces and saved all three break points he faced in his one-hour, 33-minute victory.

That's not to say there were no dicy moments against the 13th seed. Bedene competed well from the baseline, and he earned a set point at 6/5 in the first set. But the 31-year-old missed a tentative forehand into the net. Sinner took full advantage, winning three consecutive points to close out the set, and he did not look back. The fourth seed, who has won seven consecutive matches dating back to his Sofia Open title last November, will next play seventh seed Miomir Kecmanovic or Italian Salvatore Caruso.

Another #NextGenATP player fell Friday. Spaniard Carlos Alcaraz, who upset top seed David Goffin in the second round, went down against lefty Thiago Monteiro. The Brazilian triumphed 7-6(3), 6-3 after 37 minutes.

Did You Know?
All third-round singles winners on Friday at Melbourne Park will play their quarter-final match later in the day.