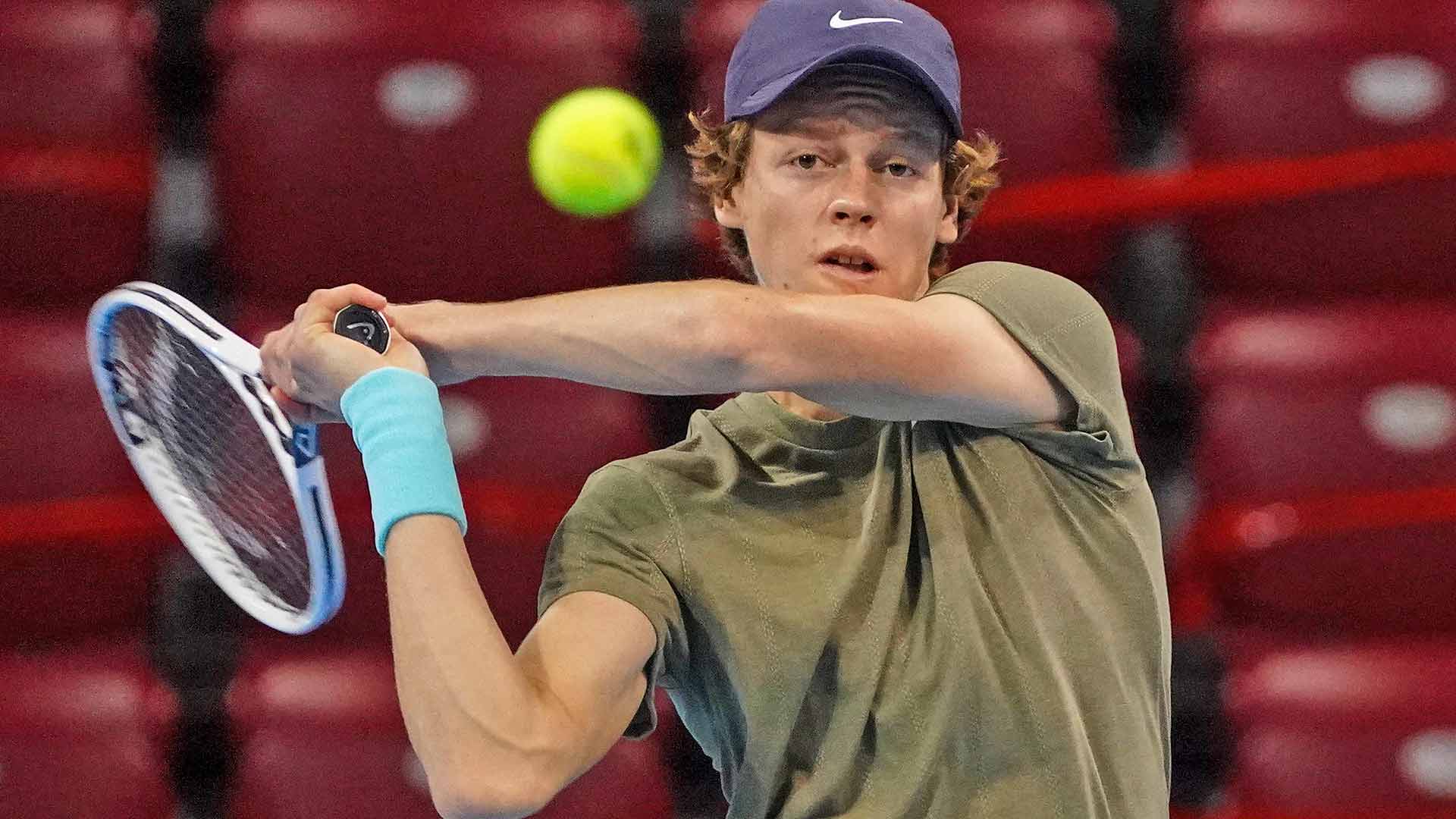 Jannik Sinner survived a late comeback attempt from Martin Fucsovics to book his place in the Sofia Open second round on Tuesday.

The 19-year-old broke serve on five occasions to eliminate last year’s runner-up 6-2, 6-4 in one hour and 37 minutes. Sinner, who led 6-2, 4-1, was forced to save break point at 4-4 in the second set, before breaking serve in the final game of the match.

“For everyone, first-round matches are not easy,” said Sinner. “I tried to be solid. In the beginning of the match, we were both playing quite well and moving well… In the second set, I was a break up and he recovered. It was just two or three points in each set that decided the match.”

Sinner improved to 15-11 this year with his first ATP Head2Head victory against Fucsovics. In his only previous match against the Hungarian, the reigning Next Gen ATP Finals champion fell in straight sets at the Australian Open in January.

The Italian will meet Marc-Andrea Huesler of Switzerland for a place in the quarter-finals. Huesler advanced to the second round on Monday after saving two match points against seventh seed Nikoloz Basilashvili.

“I know that he is lefty, serving well and going to the net. It is not an easy match for sure, especially when you don’t know a guy and you have to play against him,” said Sinner. “It is never easy. I am going to try to be focussed from the first point and then we will see.”

Richard Gasquet also earned a victory on his Sofia debut. The 34-year-old saved three of his four break points to overcome Roberto Carballes Baena of Spain 6-3, 6-4. Gasquet will meet #NextGenATP Czech Jonas Forejtek in the second round.

Gilles Simon joined his countryman in the second round after beating Andrej Martin of Slovakia 6-2, 6-2. The Frenchman will meet Nur-Sultan champion John Millman for a spot in the quarter-finals.