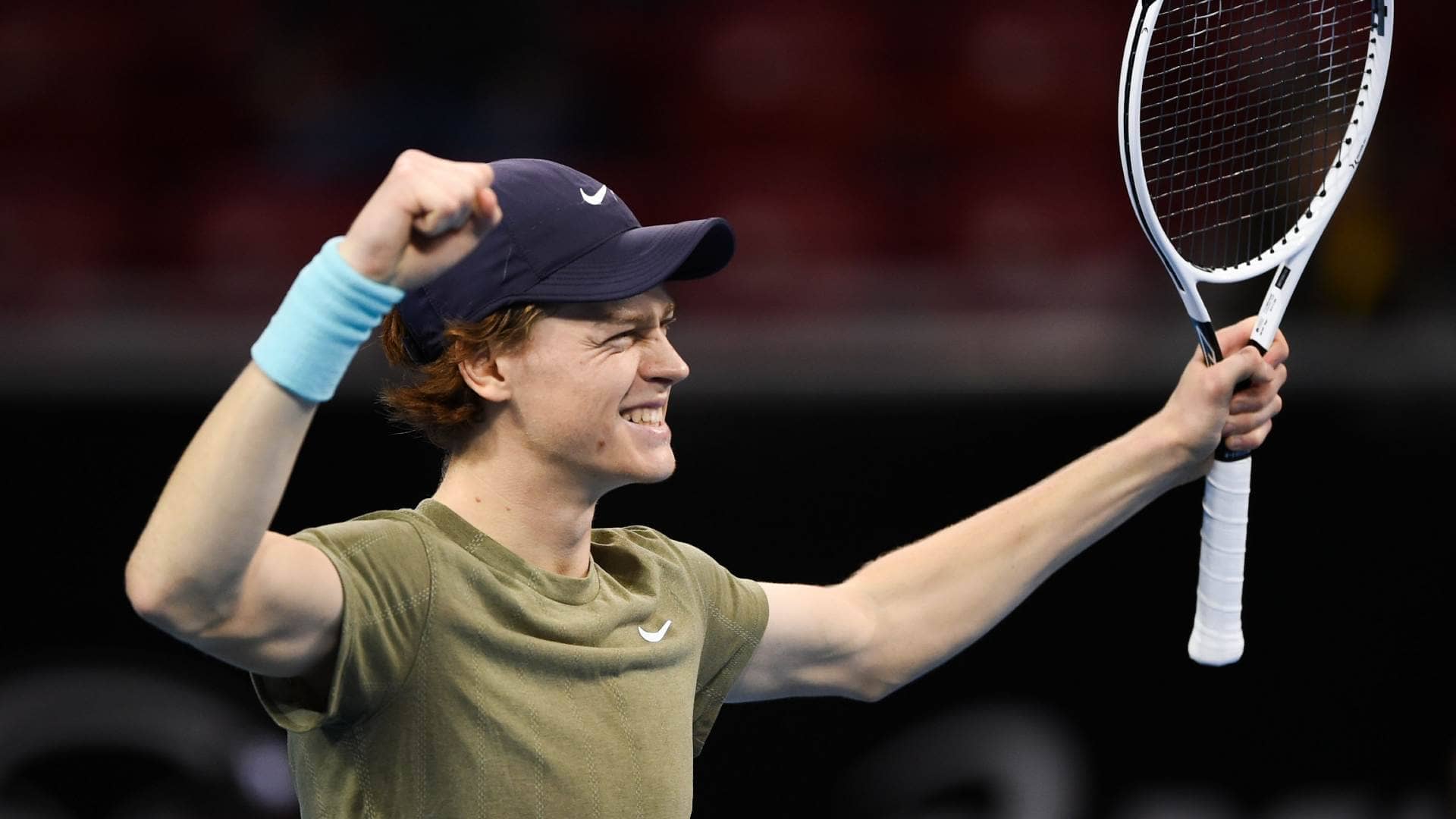 19-year-old Jannik Sinner arrived at the Sofia Open unseeded, but by no means under the radar after a breakthrough season made last year’s Next Gen ATP Finals champion one to watch in 2020.

The youngest ATP Tour titlist since 2008 captured his maiden trophy after a hard-fought week in Bulgaria, coming back from a set down to third-seeded Alex de Minaur in the quarter-finals - a rematch of their 2019 Milan final. Sinner backed it up with a straight sets win over fifth-seeded Adrian Mannarino in the final four, before ending the week with a statement 6-4, 3-6, 7-6(3) victory over Vasek Pospisil to claim the title.

Already the youngest player in the Top 100 of the FedEx ATP Rankings, Sinner’s victory will boost him to a new career-high of No. 37 on Monday - but Sinner said that’s just the beginning.

ATPTour.com caught up with the Italian after his victory to talk about his week in Sofia, why he left behind the skis and slopes, and the key figures who helped him on his way to his first ATP Tour crown.

What does it mean to you to win your first ATP Tour title?
Well, it means a lot. It’s a great result for me, with a lot of work behind it. I guess it’s something special for me, like winning last year [at the Next Gen ATP Finals] in Milan and now winning here in almost the same week as last year. Winning my first title here is a great feeling.

Just 12 months ago, you captured the Next Gen ATP Finals trophy as the No. 95 player in the FedEx ATP Rankings. Now you are inside the Top 50 and an ATP Tour titlist. How happy are you with your progress over the past 12 months to reach this point?
It’s a great progress of hard work. I have a great team behind me. I’m very excited about this result because sometimes you need them; obviously you’re working hard, so sometimes a result [like this] is good and great to see.

I mean, it’s a great progress, but there’s still a lot of work to do. We will see in a few years where I am, but I think right now I’m very happy about the title this win. 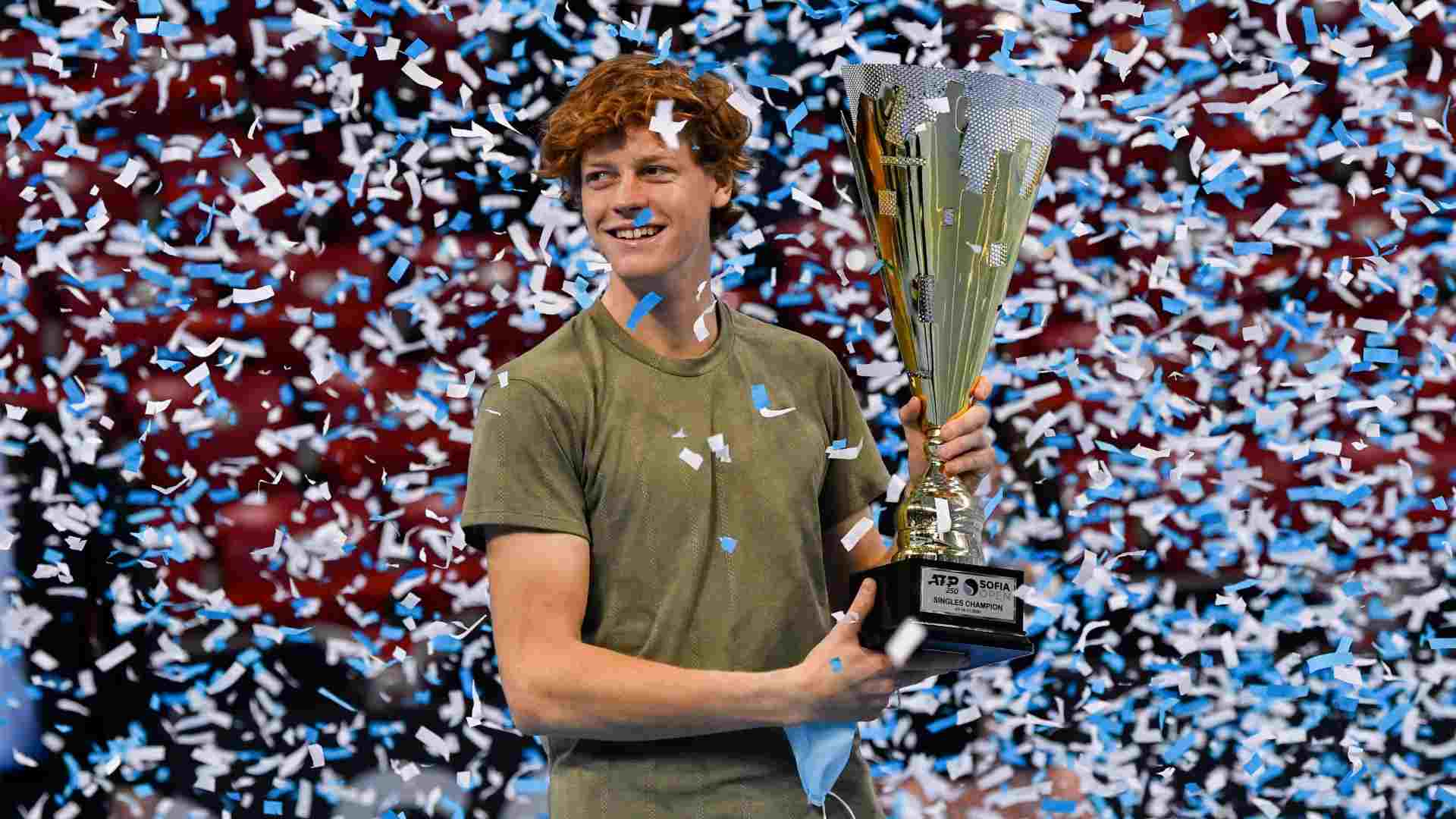 You ended 2019 with back-to-back trophies in Milan and at the ATP Challenger Tour event in Ortisei. You are ending 2020 with your first ATP Tour title. How much motivation did your finish to 2019 give you when you were preparing for this season and will this win today give you an extra boost of confidence when you start training for 2021?
Obviously the confidence is good when you play tournament after tournament. Now the season is finished, so it’s a little bit different. I’m trying to play better next year in Australia, this year I didn’t play that well there. But it was a little bit different for me because it was my first year in Australia and everything. Next year I will go there with a little bit more confidence, obviously, knowing a little bit more what to expect.

[My coach] Riccardo [Piatti] and everyone around me have a lot of experience, so he can help me a lot there. We’re trying to do some good and hard work during the off-season, and then we’ll see how it goes next year.

During the ATP Tour suspension, you created the Sinner Pizza Challenge to raise funds for Italian medical supplies and you also donated to Cesvi, to aid medical emergencies in Bergamo. How important is it for you to use your platform and position to help those in need back home?
Well I think at the moment, it’s more important to be healthy and to try to see the world a little bit better. I mean, now with the virus the situation is difficult for everyone, and I wanted to help because Bergamo was in a very bad situation. It was.... it was just insane. And I just wanted to help, even if it’s not a lot. But you know, making [the doctors, nurses and first responders] feel a little bit like we wanted to help them. For me, basically it was very important, not only for me and my family but for everyone in Bergamo to stay healthy.

Could you take a moment to acknowledge some of the key figures in your life and career who have helped you to reach this milestone?
Well, I think first of all, my family who always helped me and gave me the confidence to actually change my life when I was 13-and-a-half, 14 years old. I was going away from home, leaving other sports and leaving behind other huge friends, which I unfortunately can’t see them that much anymore even now. And there everything started, with a team behind you. Riccardo was always there, and starting from all different coaches who wanted to help you. If I name all the coaches, it’s going to be really long. But I think the main person was Riccardo helping me.

Now I have a fixed team behind me with Claudio Zimaglia, my physio, Dalibor Sirola is my fitness coach, and then I have Riccardo, [my second coach] Andrea Volpini, and here this week we had Cristian Brandi [another Piatti coach]. So you know, a great team. Everyone is a little bit different, which I like. Being always with the same kind of person is tough as well. I think it’s nice to have them, and I feel a little bit lucky as well.

As a child you were a champion skier. Can you tell us about your skiing success and how you came to the decision to leave that sport behind and pursue a career in tennis?
Well, I was skiing because in our part of Italy, skiing is the first sport you actually do. I started to win in that sport quite early; I felt great on my skis and I always wanted to ski every day. Tennis was like my third sport, because the second one was playing football. I always liked to play in a group with everybody, but at some point I decided to put that away because I noticed that I always wanted to make the decisions, and sometimes that doesn’t work when you play on a team.

And skiing, I always won quite a lot in skiing actually, but at some point I decided to play tennis because it’s more like ‘playing’. Skiing is just, you’re going downhill in one and a half minutes as fast as possible, and if you make one mistake you’re out. In tennis, if you make one mistake, you can still play like two and a half hours with no problem. So that was the main reason.

At the end of the season, you have more time to celebrate winning a title than usual. How will you celebrate this tournament victory?
First of all, I hope to come home safely! And then we’ll see. I mean, if I’m lucky I want to go home and see my parents for a little bit, but I’m not sure if that’s going to work or not because of the virus and the ‘red zones’.

Maybe I will take two days off and see. I think we’re going to start working quite early for the off-season, which I’m really looking forward to because it’s hard work for next year already. I want to do that and I want to improve, and we will see how well it goes next season.