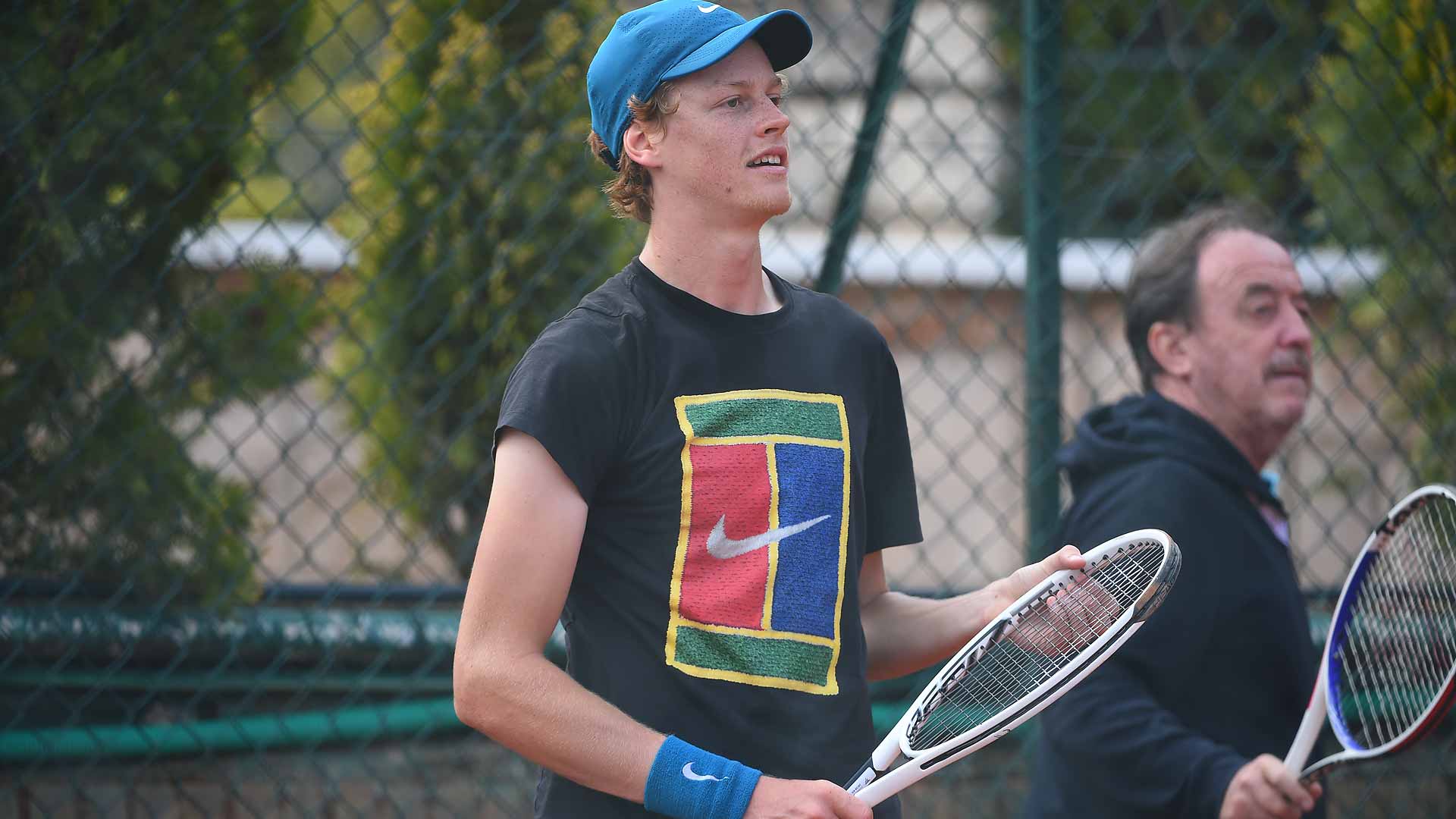 Jannik Sinner, who has trained with Novak Djokovic several times, will play him in ATP Tour action on Wednesday at the Rolex Monte-Carlo Masters. © Corinne Dubreuil/ATP Tour

Novak Djokovic spoke highly of #NextGenATP sensation Jannik Sinner during his pre-tournament press conference, saying the Italian has “got all the goods that he needs in order to become a champion”. On Tuesday, the Italian will get the chance to prove it against the World No. 1.

Sinner has passed many tests with flying colours during his young career. But his second-round clash against Djokovic at the Rolex Monte-Carlo Masters will be one of his toughest tasks yet. The tournament debutant will try to stun the 36-time ATP Masters 1000 champion, and he’s excited for the opportunity.

“I will definitely have a game plan,” Sinner said. “I know who is on the other side. Obviously it's a tough match I think from my side, because I don't know him that well. [I have] seen him a lot on TV, watching matches. But when you play against [him] in a match, it's different. I'm looking forward to that match.

Although this is their first ATP Head2Head clash, Sinner is not unfamiliar with Djokovic. They have trained together several times. The Italian’s coach, Riccardo Piatti, worked with the Serbian early in his career, and the teen even remembers the first time he practised with Djokovic.

“I remember we were here in Monaco, Monte-Carlo. I practised with him… I was definitely younger. We were playing in two [on ones] because I was a small kid,” Sinner said. “We only hit for one and a half hours, classic practice.”

Perhaps it’s fitting that they will now meet on the ATP Tour at the same venue: the Monte-Carlo Country Club. Djokovic has watched Sinner blossom in front of his eyes, and now he will try to hold him off with the rising star at a career-high No. 22 in the FedEx ATP Rankings.

“In that period of two, three years, when he was a junior coming up, we trained a lot actually in Piatti's academy, here in Monaco, both [on] hard courts, clay courts,” Djokovic said. “I have seen his development, so to say, his trajectory, his road to where he is at the moment. It's really impressive.”

Djokovic has not competed since winning his ninth Australian Open title in February. Sinner, fresh off making his first Masters 1000 final in Miami, doesn’t believe that gives him an edge, though.

“I think he has more experience than me, obviously. I don't think that's an advantage or not,” Sinner said. “I played today one match, which can give me a little bit [of] the feeling back on clay. I'm looking forward to a great battle, trying to play my tennis… then we will see what happens.”

The top-seeded Djokovic, who is pursuing a third title at this tournament, is certainly not taking the challenge lightly. The 33-year-old has watched Sinner quickly ascend, and the Italian can continue that climb with one of his biggest victories yet.

“Obviously there are a lot of the achievements that I'm sure he wants to achieve in his career as he's pointing out. He's very ambitious,” Djokovic said. “Playing [in the] final of Miami was obviously the highlight of his career so far. But I think he has been very consistent player, actually. He's always playing [in] at least [the] quarters or semis of the 250s or 500s. He has been very impressive.

“It seems like he's not satisfied with what he has achieved so far. He wants to do more, which is great to see there's the hunger in him. We never faced each other in official match, so it would be definitely great to play him on clay, and let's see what happens.”