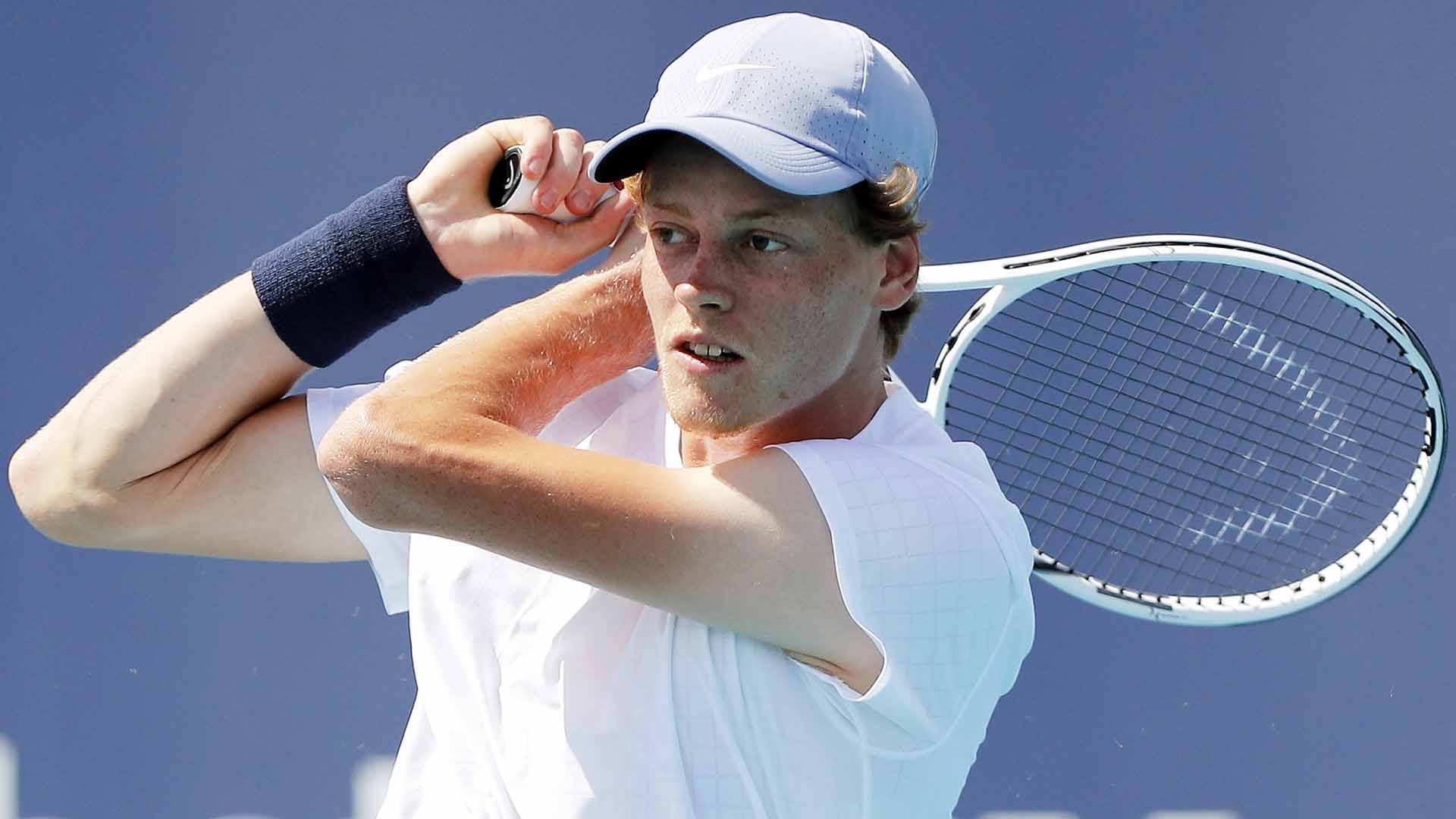 Jannik Sinner is making his debut at the Miami Open presented by Itau this year. © Michael Reaves/Getty Images

Jannik Sinner overcame an inspired Alexander Bublik 7-6(5), 6-4 on Wednesday to reach his maiden ATP Masters 1000 semi-final at the Miami Open presented by Itau.

The #NextGenATP Italian was on the receiving end of underarm serves, a 105mph forehand return, and a sneak-attack return, but he held his composure and found his best tennis under pressure to advance in one hour and 41 minutes. In a match dominated by rallies of under five shots (Sinner 53-51), Sinner's 28 forehand winners played a crucial role in his success.

“We had a tough battle two weeks ago in Dubai. [It was] tough here today as well,” Sinner told Tennis Channel. “It was strange today. He was changing the game… I never had this kind of match, to be honest… I just tried to stay there, stick into the match and I am happy about my performance today.”

Sinner is the eighth teenager to reach the Miami semi-finals in the tournament’s 36-year history. Of the seven other players to achieve the feat, five have reached No. 1 in the FedEx ATP Rankings.

Sinner has also made Italian history by reaching the final four in Miami. He is only the second player from his nation — following 2017 semi-finalist Fabio Fognini — to reach this stage of the tournament.

In a thrilling first set, Bublik kept Sinner off balance with powerful returns and unpredictable shot selections. The 32nd seed led by a break and established a 4/1 lead in the tie-break, but Sinner kept his composure and found his forehand when he needed it most. Sinner ripped three forehand winners and, when Bublik closed the net, he found his targets to take the opener.

Sinner recovered from 0-3 down in the second set to record his second win of the month against Bublik (Dubai). The Great Ocean Road Open champion returned with pinpoint accuracy to strike winners and put Bublik in uncomfortable positions at the net. Sinner clinched victory with his 36th winner of the match, an inside-out forehand.

“It is [difficult to keep your concentration against Bublik] because, at the point when you think you are playing good, he is doing something to take out your rhythm,” said Sinner. “It is strange because he has incredible hands and I think he is one of the most talented guys on Tour. He can do whatever he wants with the ball. A match against him can change very quickly.”

Sinner will face seventh seed Roberto Bautista Agut for a place in the championship match, after the Spaniard stunned top seed Daniil Medvedev 6-4, 6-2 later in the day. The 21st seed won his only previous previous ATP Head2Head encounter against Bautista Agut earlier this month in Dubai.