How Nadal Provided Sinner With His Biggest Lesson In Australia 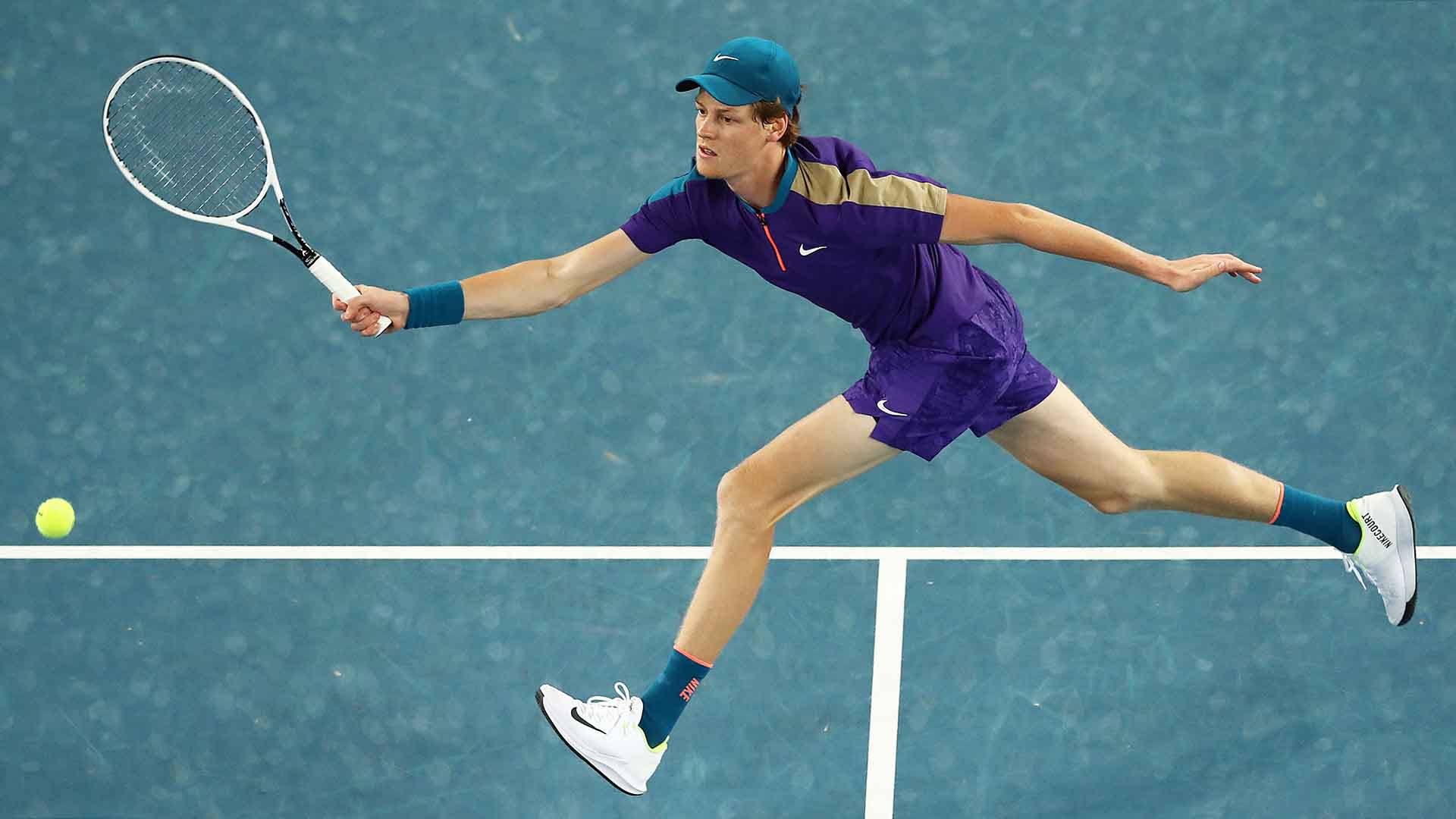 Jannik Sinner may have fallen in the first round at the Australian Open but, following his five-set loss to 11th seed Denis Shapovalov, the #NextGenATP Italian reflected on the great lessons he has learned during his visit to Australia.

The biggest lesson the two-time ATP Tour titlist learned did not come from any of the six matches he played across the Great Ocean Road Open and Australian Open, it came during his two weeks of pre-tournament practice with 20-time Grand Slam champion Rafael Nadal.

“Practising with Rafa is a big, big lesson,” said Sinner. “Even today, I lost but I have to understand why I lost and then it is going to be a big lesson as well. It is not only one. Firstly, to come here, the reason was to practise with Rafa for two weeks because I think he can give me many things about how to stay on court with the right mentality. I think that is the biggest lesson. Today was mentally tough, losing in the fifth but it is going to be a lesson as well.”

Sinner played at an impressive level throughout his three-hour, 55-minute battle with Shapovalov on Margaret Court Arena. The 2019 Next Gen ATP Finals champion made a rapid start to the match and he showed character to recover from a break down in the fourth set to force a decider.

The 19-year-old, who entered the first-round clash on a 10-match winning streak, praised his opponent’s level in the critical stages of the fifth set. Shapovalov converted the only break point he created in the fifth set and landed his 13th winner of the set — a forehand up the line — to clinch victory.

“[Shapovalov] is a great player,” said Sinner. “He served better than me today. There were some difficult points, especially in the first game of the fifth set. He returned good on some points and then he served quite well. There was not much difference between him and I… He deserved to win today.”

Sinner entered the Australian Open after a gruelling run to his second ATP Tour crown at the Great Ocean Road Open last week. The Italian’s first ATP Head2Head encounter against Shapovalov was his fifth match in four days.

Sinner played twice on Friday, saved one match point against Karen Khachanov in a three-hour semi-final on Saturday and recorded a 7-6(4), 6-4 win over compatriot Stefano Travaglia in Sunday's title match. After the match, Sinner was asked if his efforts at the ATP 250 had played a part in his five-set loss to Shapovalov.

“I don’t think it hurt me, to be honest,” said Sinner. “I started to feel a bit tired after [the match] but I think I can learn many things from that… I tried to be there in every point, to play every point. I tried my best.”

After rising four positions in the FedEx ATP Rankings to a career-high No. 32 on Monday, Sinner may not have to play a seeded opponent when he makes his next appearance at a Grand Slam. But, if he does, he will be in a better position to succeed due to the lessons he has learned in Melbourne.