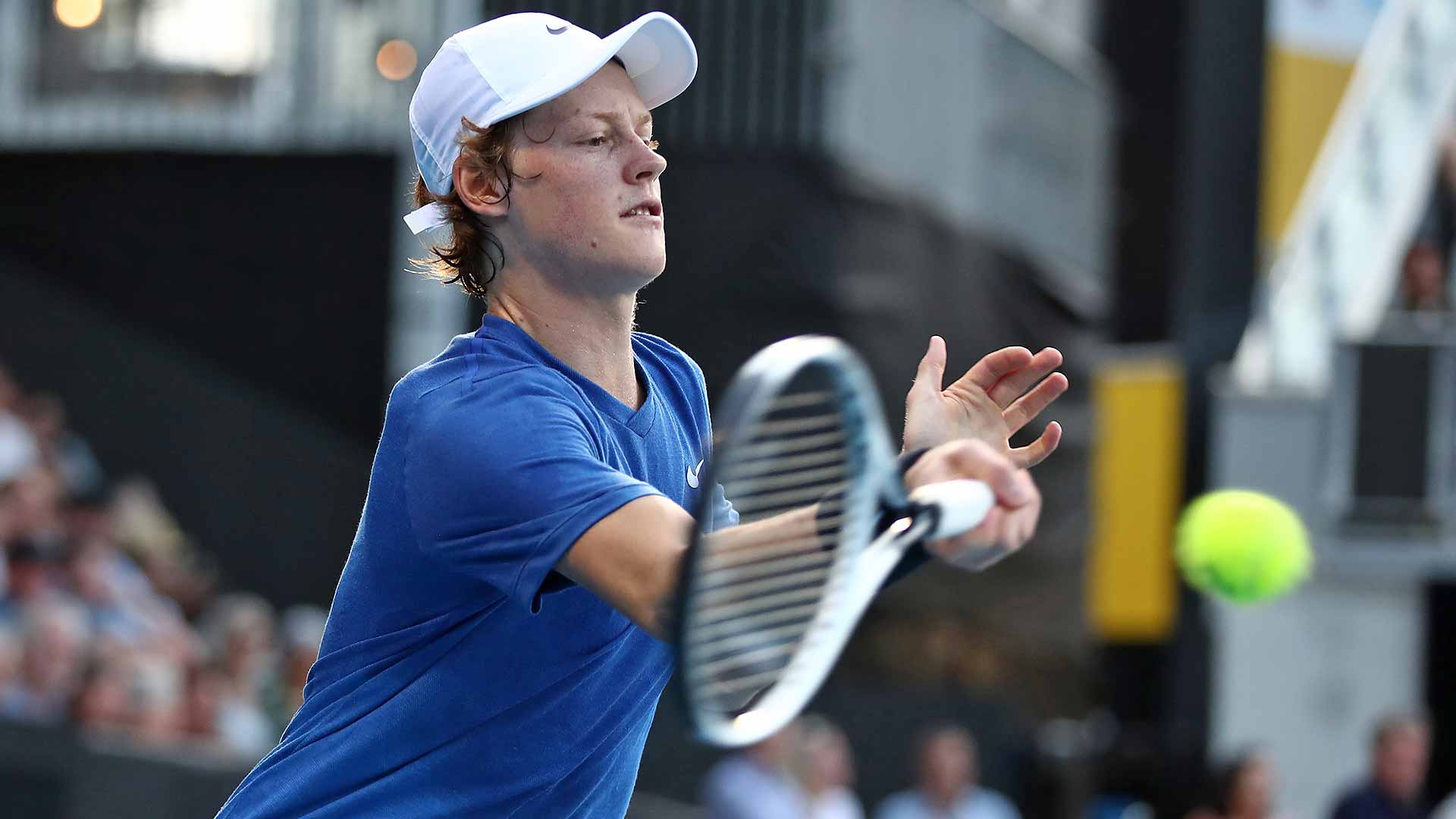 Jannik Sinner is aware of the precedent former Next Gen ATP Finals champions Hyeon Chung of South Korea and Greek Stefanos Tsitsipas have set for the 18-year-old Italian, who makes his Australian Open debut on Monday.

Both Chung and Tsitsipas won the Next Gen ATP Finals in Milan in November and, two months later, reached the semi-finals of the season's first Grand Slam in Melbourne. Both players were 20 and upset all-time greats on their way to the last four: Chung stunned then-six-time champion Novak Djokovic in the fourth round, and Tsitsipas upset 20-time Grand Slam champion Roger Federer to make the quarter-finals.

Like the previous Milan champions, Sinner feels momentum from winning the Next Gen ATP Finals. But the 18-year-old also knows his situation isn't exactly the same as his counterparts and says he isn't feeling any pressure to replicate Chung's or Tsitisipas' achievements Down Under.

“I think both have done a great job here, especially the beginning of the season. It can give you a little bit of confidence, winning this tournament or playing better in the end of the season,” Sinner said in Melbourne.

“I think I am still a little bit younger than them, so it's a little bit different. The momentum, I don't know if this year is going to be the momentum or maybe two or three years after. I think I will need a little bit more time. But after two weeks, we know everything.”

Sinner will face Aussie qualifier Max Purcell in his Melbourne debut on Monday. The Italian played his first Grand Slam match last August at the US Open. He qualified but lost to 2014 Australian Open champion Stan Wawrinka in four sets in the first round.

Sinner, however, hasn't had such pre-tournament stress this month. He received direct entry into the main draw because of his FedEx ATP Ranking, No. 79, and spent last week adjusting to the conditions by practising with Roger Federer, Rafael Nadal and Alexander Zverev, among others.

The Newcomer of the Year in the 2019 ATP Awards is seeking his first win of 2020. He lost straight sets to Finland's #NextGenATP Emil Ruusuvuori at an ATP Challenger Tour event in Bendigo. At the ASB Classic in Auckland, Sinner fell in three sets to eventual finalist Benoit Paire of France. 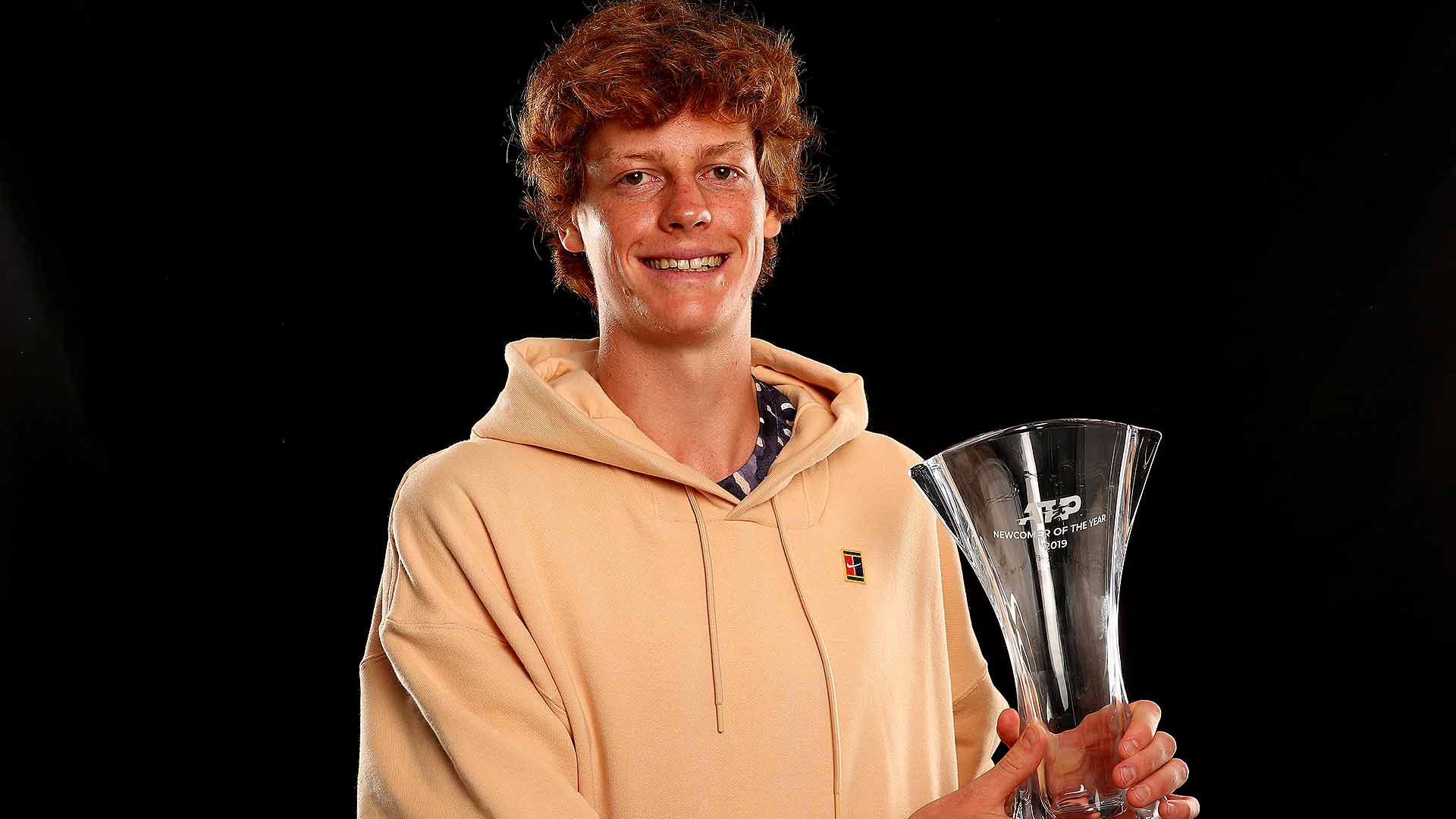 Jannik Sinner receives the Newcomer of the Year in the 2019 ATP Awards on Saturday in Melbourne. (Photo: Clive Brunskill/Getty Images)

“The season, I didn't start it as I wanted. We didn't play so many matches before the Australian Open, so it's not going to be easy for me. But I think we practised well. Our off-season, we put in a lot of work so I feel great on court... I felt here we especially tried to practise with the best guys,” Sinner said. “Day after day, I feel better on court, and we will see. The matches are always a little bit different, but hopefully I can feel better than the first two matches.”

Much about his life has changed since he beat three-time ATP Tour champion Alex de Minaur of Australia in the title match of the Next Gen ATP Finals. Autograph and selfie requests have skyrocketed, and journalists from around the world suddenly want a few minutes of his time wherever he goes. But to the 18-year-old, it's all good.

“I am young, and I think at the moment nothing is heavy, to make some interviews, or some pictures with fans or something like this. If you're young, it's okay,” Sinner said. “I don't know if you played 20 years on Tour, maybe it can be heavy sometimes, I don't know. Now, for me, it's okay.”

Sinner's first Grand Slam win will come in the near future, even if Purcell, No. 216 in the FedEx ATP Rankings, leans on the home crowd and pulls off the upset. Either way, Sinner can appreciate how far he's come in the past 12 months. One year ago, he was playing in a Futures Event in Monastir, Tunisia. He lost in the second round.

“A little bit changed,” Sinner said before laughing. “But I think the focus is always trying to be on court the best as you can be. Trying to improve your game always, day after day. That's our main goal. Maybe off court a little bit changed, but on court is basically always the same.”