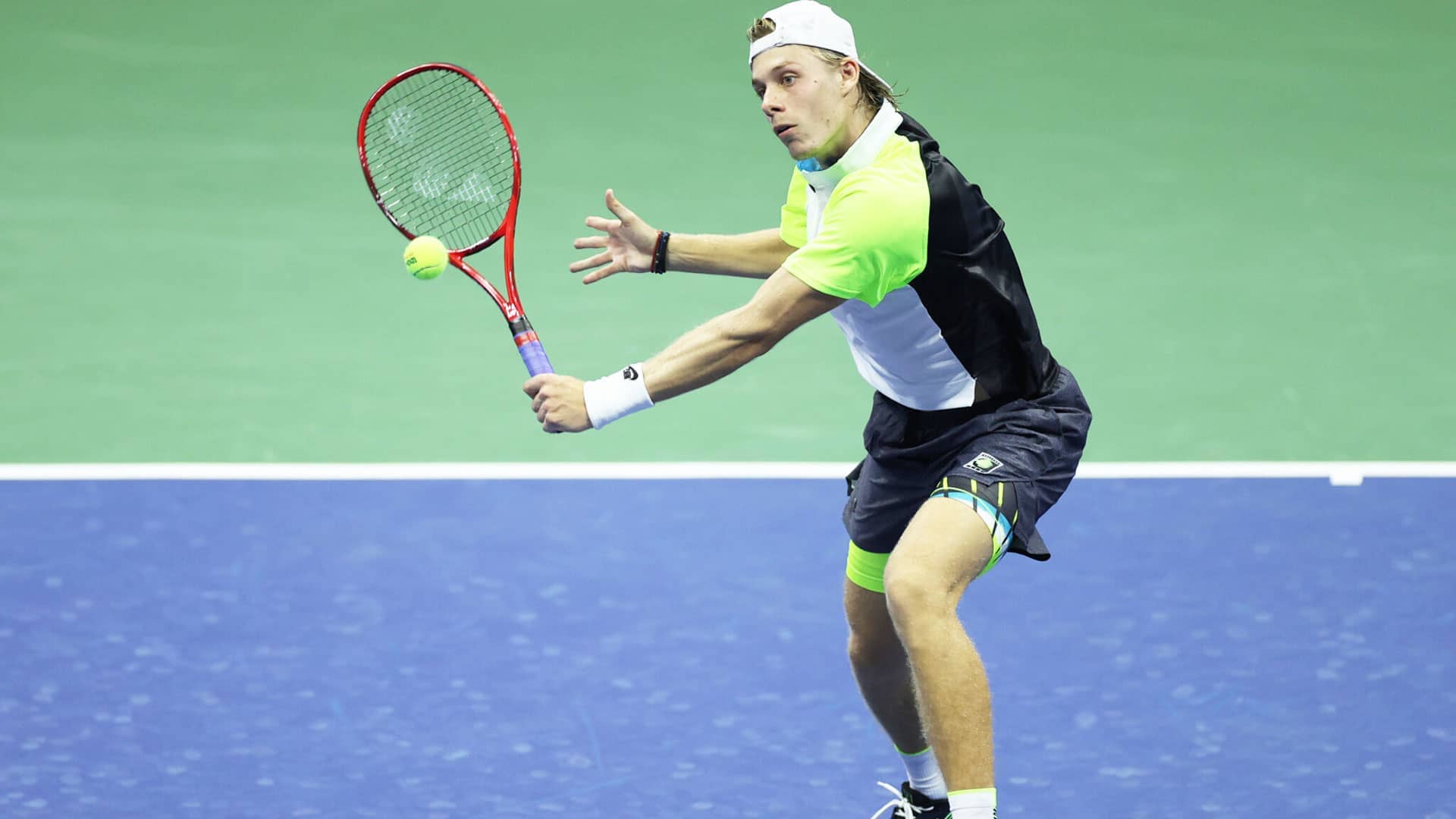 Denis Shapovalov is the first Canadian man in the Open Era to reach the US Open quarter-finals. © Simon Bruty/USTA

Ask any player about how they made it onto the ATP Tour and they’ll name at least one person who played a key role in achieving their dreams.

Denis Shapovalov is quick to credit the members of his team, both lifelong and recent, who helped guide him to his first Grand Slam quarter-final at the US Open. But their work hasn’t only been about forehands and backhands.

At the recommendation of one of his coaches, former World No. 8 Mikhail Youzhny, Shapovalov began working with a sports psychologist this year. He credited their off-court work with playing a pivotal part in his on-court success.

“He's helped me tremendously. I've been working with him the past five, six months. Mischa recommended to bring him onboard. I'm really glad that they're part of my team,” Shapovalov said. “He’s been helping me with not just tennis stuff, but life stuff, too. Definitely helped me so much in these matches… I was definitely doing the exercises we work on to calm down, regroup [after the first set]. Surely enough, it helped me once again today.”

Youzhny has been the man behind Shapovalov’s on-court growth over the past 12 months. Shapovalov was prone to follow flashy winners with wild unforced errors when he first came on tour, but Youzhny has helped him become more stable from the baseline and added more variety to his game. He rushed the net an average of 37 times in his first four matches this fortnight and is more willing to mix in slices or drop shots when appropriate.

“I feel like Mischa has helped me a lot with that, just not going out there and trying to blast balls left and right, but actually playing smarter and playing more crafty,” Shapovalov said. “He’s such a crafty player. I'm thankful he's been able to teach me some of that, help me implement that in my game.”

His mother, Tessa, is his other coach and an unwavering supporter throughout his life. Shapovalov also gained inspiration to change his on-court behaviour from his girlfriend, professional tennis player Mirjam Bjorklund.

“As soon as we started dating, it's kind of a reason for someone to want to man up. I feel like she's definitely inspired me to become a better person, a better tennis player,” Shapovalov said. “But I didn't mean to take anything away from my parents or my team. I feel like everybody's inspiring me. They're staying up at night watching my matches. Everybody is supporting me. Throughout the start of my life, my parents have always been there for me. I think it's everybody.”

Shapovalov is part of a Canadian trio making history in New York. He joined Felix Auger-Aliassime and Vasek Pospisil in marking the first time that three Canadian men reached the second week of a major championship. The 20-year-old is now the first man from his country to reach the US Open quarter-finals in the Open Era.

His dream for this fortnight is a championship showdown with Auger-Aliassime. After defeating him via retirement in their first-round match at the 2018 US Open, Shapovalov embraced his close friend and told him, “We’ll be back and we’ll be playing the finals.” That bold statement is now becoming more realistic.

“If I didn't think it could happen, I wouldn't say it. It's definitely [possible] that it could happen this year,” Shapovalov said. “It’s still very far away. There's so many great players in the draw for both of us. It's going to be extremely difficult to get that far.

“But I'm sure at some point in our careers, we're hopefully going to be playing finals against each other. That would just be amazing. To grow up with a really close friend, a guy that you've been battling against for years from juniors, to go through Futures, Challengers, everything together, all the way to Grand Slam finals… It would be a movie.”