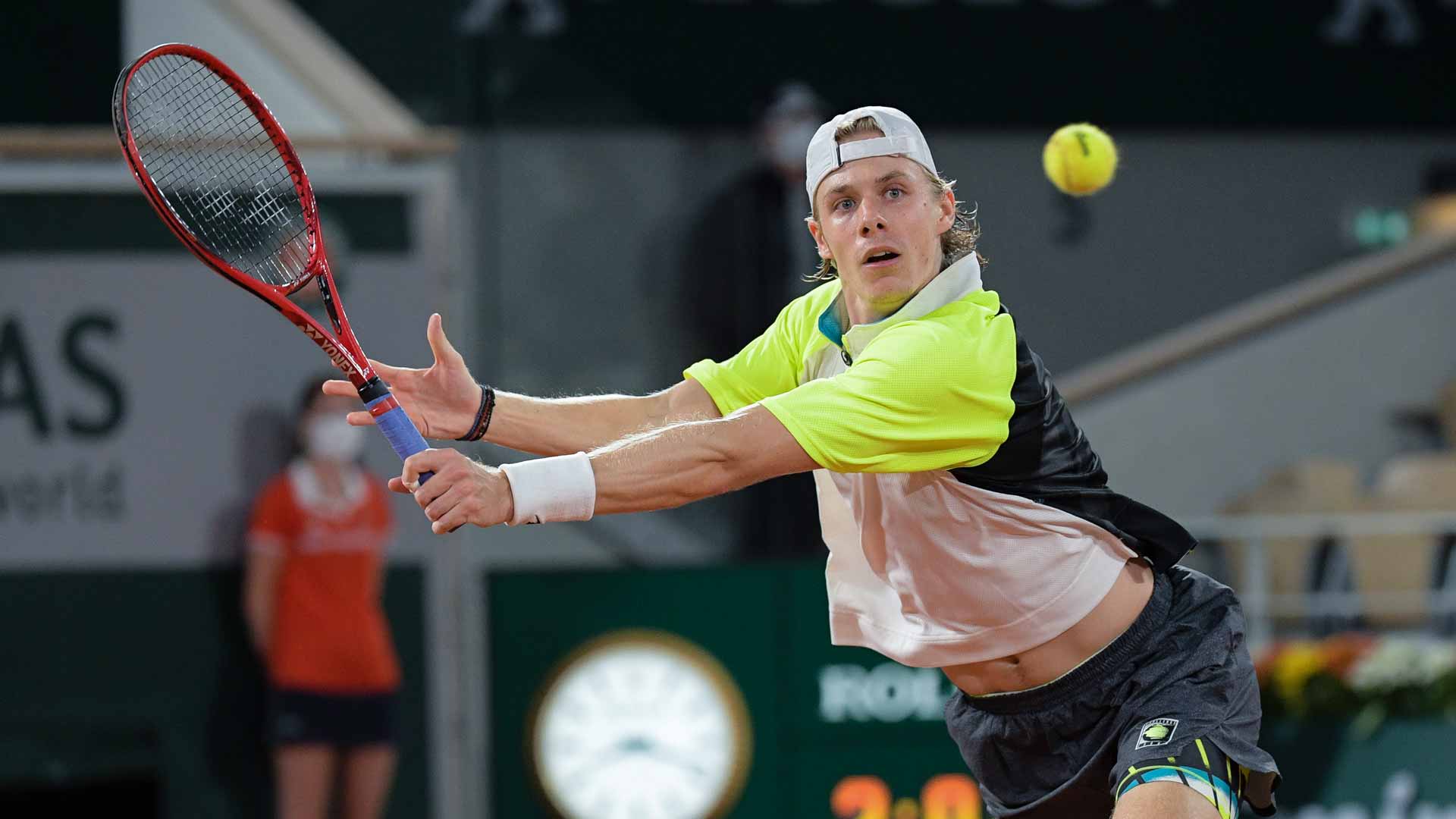 Denis Shapovalov faced a tricky opponent in former World No. 6 Gilles Simon on Tuesday evening at Roland Garros. But the ‘Night Train’ stayed on the tracks in Paris to beat the Frenchman 6-2, 7-5, 5-7, 6-3.

The Canadian saved five set points in the second set and let slip a break advantage in the third set. But he did not panic on Court Philippe-Chatrier, hitting 55 winners past the 14-time ATP Tour champion to triumph after three hours and 29 minutes.

The #NextGenATP star is flying higher than ever, cracking the Top 10 of the FedEx ATP Rankings for the first time last Monday following his run to the semi-finals of the Internazionali BNL d’Italia. Currently World No. 11, Shapovalov is also fresh off making his first Grand Slam quarter-final at the US Open.

The lefty’s improvement showed when trailing in the second set. Simon, a 35-year-old competing at Roland Garros for the 15th time, is good at frustrating opponents and forcing them into unforced errors. But after a sloppy start to the second set, Shapovalov refrained from making poor shot selections, instead relying on his controlled aggression to dig out of a hole. Simon couldn’t capitalise on his five set points, allowing Shapovalov to take a two-set lead.

That cushion paid dividends for the ninth seed, who let slip a break advantage in the third set. Simon never dropped his intensity after missing a forehand passing shot into the open court, and he battled into a fourth set.

Both players struggled on serve in the final set, with neither man winning more than 50 per cent of his service points. But Shapovalov was more opportunistic, earning four service breaks in the fourth set to advance to a second-round clash against Roberto Carballes Baena. The Spaniard eliminated American Steve Johnson 6-1, 6-1, 6-0 in 83 minutes. It will be the pair’s first ATP Head2Head meeting.

Carballes Baena is into the second round at Roland Garros for the second consecutive year. His lone ATP Tour title came on clay two years ago in Quito.