Shapovalov: 'Let’s Get Through It Together' 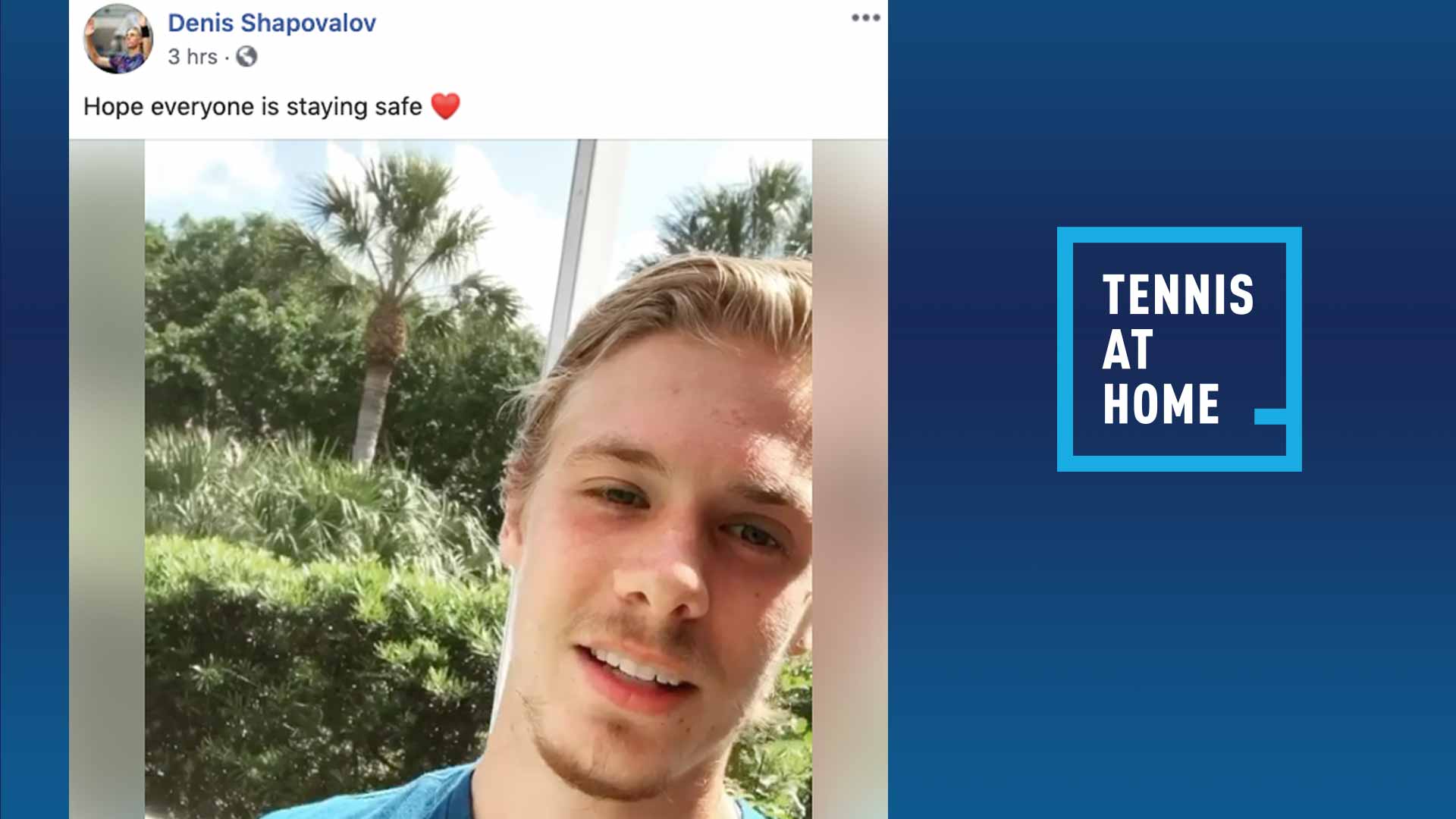 Denis Shapovalov sent his fans an encouraging message on Tuesday to help them maintain positivity during the worldwide coronavirus pandemic, promoting the importance of unity.

“Just wanted to reach out to the fans. I know it’s a tough time. A lot of people [are] stuck inside their homes. I hope everyone is social distancing, staying inside,” Shapovalov said. “I know it’s tough for everyone, but let’s get through it together.”

The 20-year-old Canadian spent time to thank those on the front lines battling against virus.

“I just want to thank all the first responders, all the people: firefighters, policemen, people working at the hospitals, doctors, everyone just putting their lives at risk every day trying to take care of this and manage it as much as possible,” Shapovalov said. “It is heroes like this who truly inspire me and I’m sure a lot more people. Thank you to them.”

Shapovalov admitted he hasn’t been posting much on social media, with his most recent post coming on 29 March. But the lefty promised fans they will hear from him sooner rather than later.

“Honestly I’ve been locked down, just doing my own thing, working on some stuff for myself,” Shapovalov said. “I promise to be posting some more content shortly.”