Shapovalov Sees Off Korda To Advance At US Open 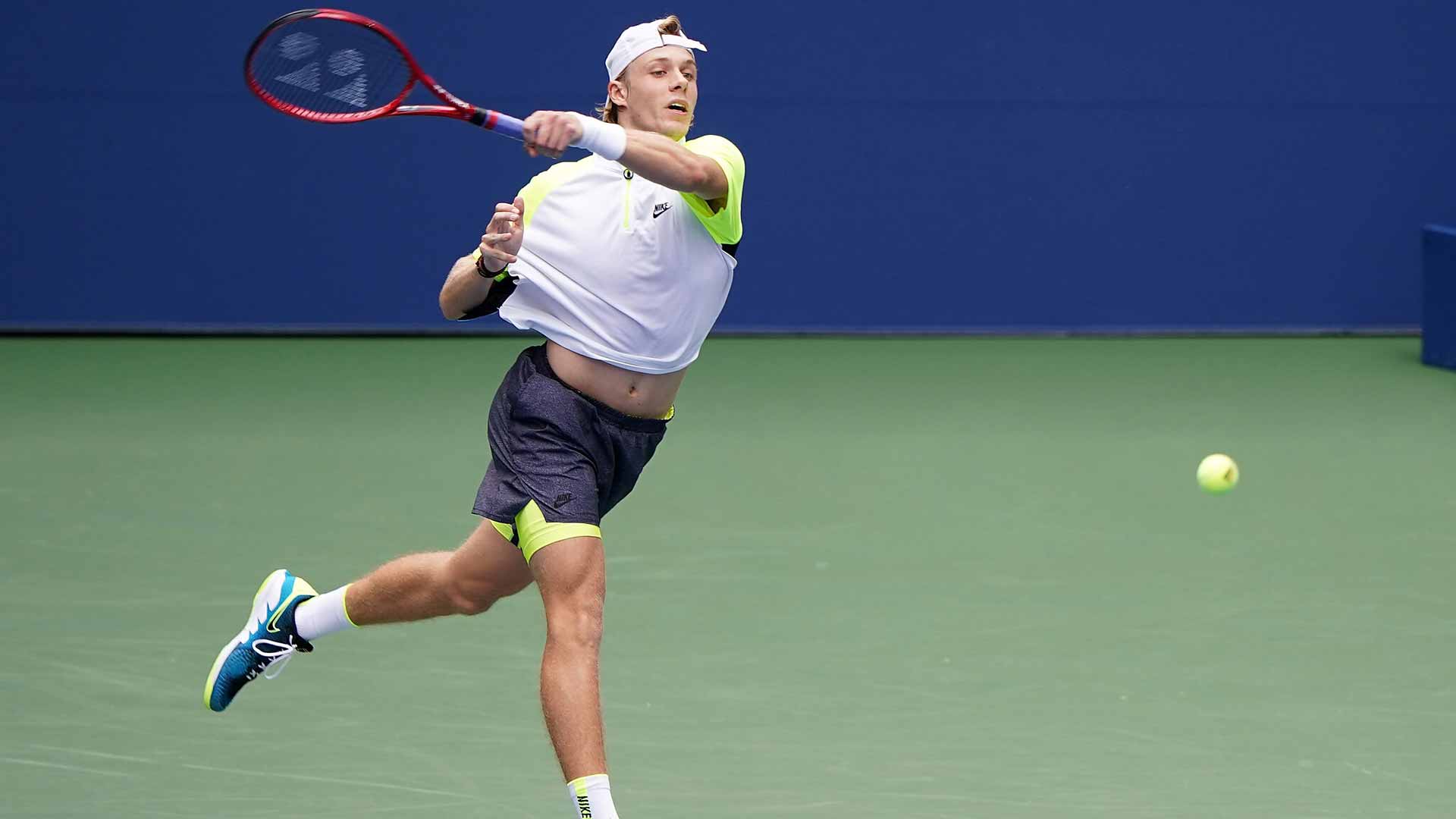 Denis Shapovalov advances to the second round of the US Open for the fourth consecutive year, defeating Sebastian Korda in four sets. © Darren Carroll/USTA

Denis Shapovalov recently released his new song 'Night Train', but the Canadian had no problem Monday inside Louis Armstrong Stadium during the day.

Shapovalov battled past fellow #NextGenATP star Sebastian Korda 6-4, 4-6, 6-3, 6-2 to reach the second round of the US Open. In each of the past two years, Shapovalov played countryman Felix Auger-Aliassime in the first round.

"Sebastian was not so much easier. He's definitely a great up-and-comer. He has a huge game, so it's just a little bit of time for him and he's definitely going to be an amazing player," Shapovalov said. "It was actually a very tricky first round. I'm really happy to get through it."

Shapovalov has shined at the USTA Billie Jean King National Tennis Center throughout his young career. In his first three appearances at Flushing Meadows from 2017-19, the Canadian advanced to at least the third round on each occasion. The lefty made a splash on his debut as an 18-year-old, advancing to the fourth round.

The 12th seed didn't have it easy against 20-year-old Korda. The American crushed a forehand winner down the line to even their match at one set apiece. But Shapovalov's level was more consistent throughout the two-hour, 47-minute encounter.

"It was probably the first time that I felt like I was the veteran on the Tour," Shapovalov said. "He was a bit of a rookie. It was an interesting match, but it's definitely a great court to play on and I'm always honoured to be on one of those courts."

The Canadian is known for his shotmaking prowess, and sometimes he goes for too much too often. But he played within himself after losing the second set, hitting aggressively to big targets to force Korda to play riskier tennis from disadvantageous positions. Shapovalov, who will next play Soonwoo Kwon or Thai-Son Kwiatkowski, struck 35 winners, while Korda made 50 unforced errors.

Korda, the son of former World No. 2 Petr Korda, was competing in his first Grand Slam main draw. Last week, he qualified for his first ATP Masters 1000 main draw at the Western & Southern Open.