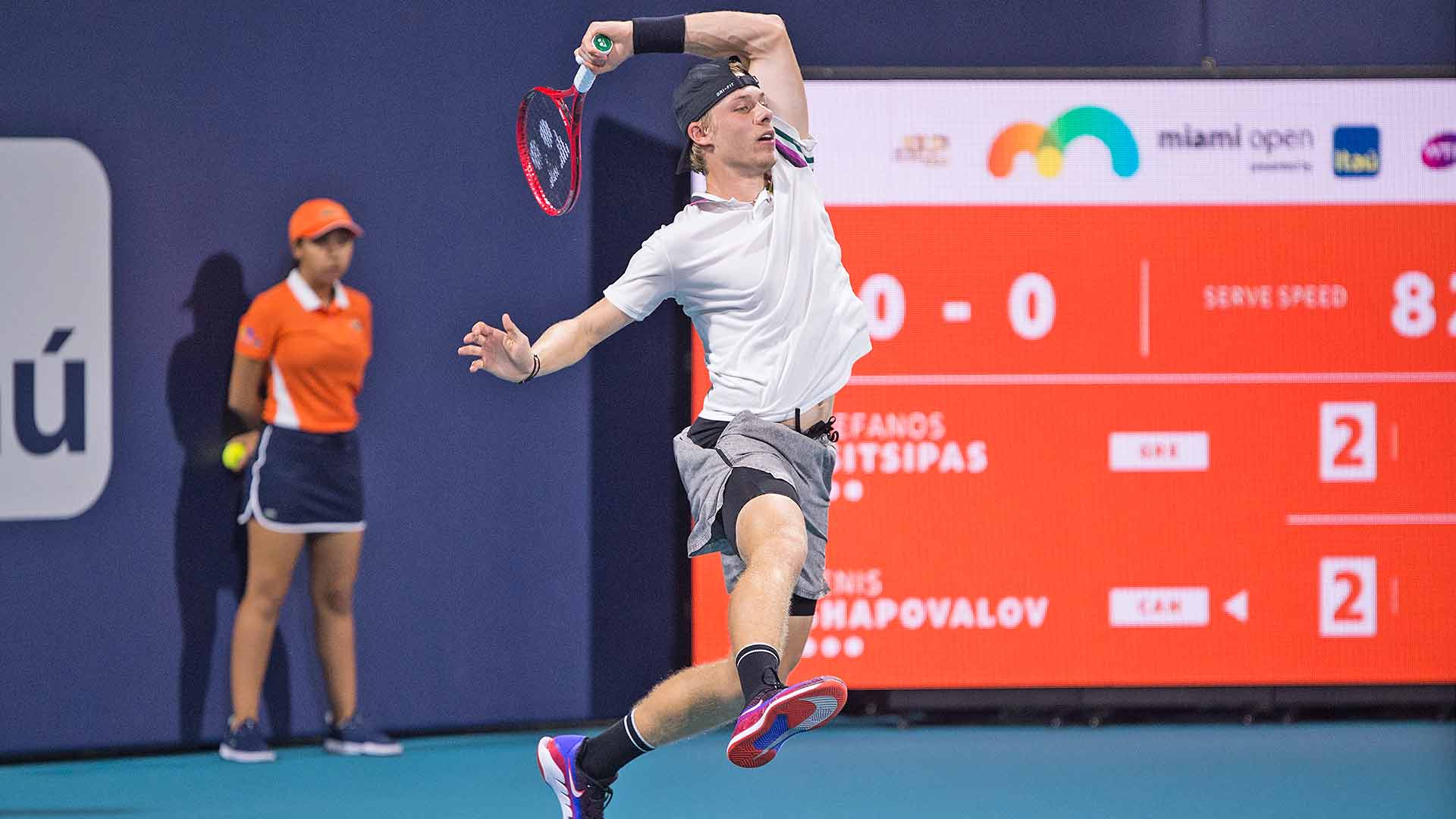 Denis Shapovalov is looking to join fellow Canadian teen Felix Auger-Aliassime in shattering his career-best ATP Ranking when he takes on American Frances Tiafoe in an all #NextGenATP Miami Open quarter-final showdown Thursday.

The 19-year-old left-hander entered the second ATP Masters 1000 tennis tournament of the year at a career-high No. 23. But a run to his third Masters 1000 semi-final would see him leapfrog Kyle Edmund, Pablo Carreno Busta and David Goffin to crack the Top 20 for the first time.

Tiafoe, who at No. 34 will already threaten his career-high mark of No. 29 by reaching the quarter-finals, would likely climb into the low 20s should he reach the semis.

Auger-Aliassime, 18, who already was certain to become the first player born in the 2000s to crack the Top 50, is guaranteed to move into the mid or low 30s after beating Borna Coric Wednesday night to reach the Miami Open semi-finals. He could push inside the Top 30 by reaching the final and possibly inside the Top 20 with the title.

It’s a stunning rise for the teen, who just six weeks ago was ranked outside the Top 100. Despite reaching the Indian Wells third round, Auger-Aliassime had to qualify here in Miami. He will play defending champion John Isner in Friday's semi-finals.

Roger Federer will guarantee a move to No. 4 from his current ranking of No. 5 if he beats Kevin Anderson in Thursday’s quarter-finals. Regardless of the outcome, the Swiss will go to No. 4 unless Anderson wins the title.

Playing his first tournament since the Australian Open, Anderson would move to a career-high No. 4 if he wins his first Masters 1000 title.

Reigning Next Gen ATP champion Stefanos Tsitsipas, who fell to Shapovalov in the fourth round, will climb one place higher to a career-high No. 9 unless John Isner successfully defends the Miami title.

Isner defeated Roberto Bautista Agut Wednesday after winning his seventh consecutive tie-break at this year’s event to reach the semi-finals. Isner will hold onto the No. 9 spot – but climb no higher – if he takes the title.