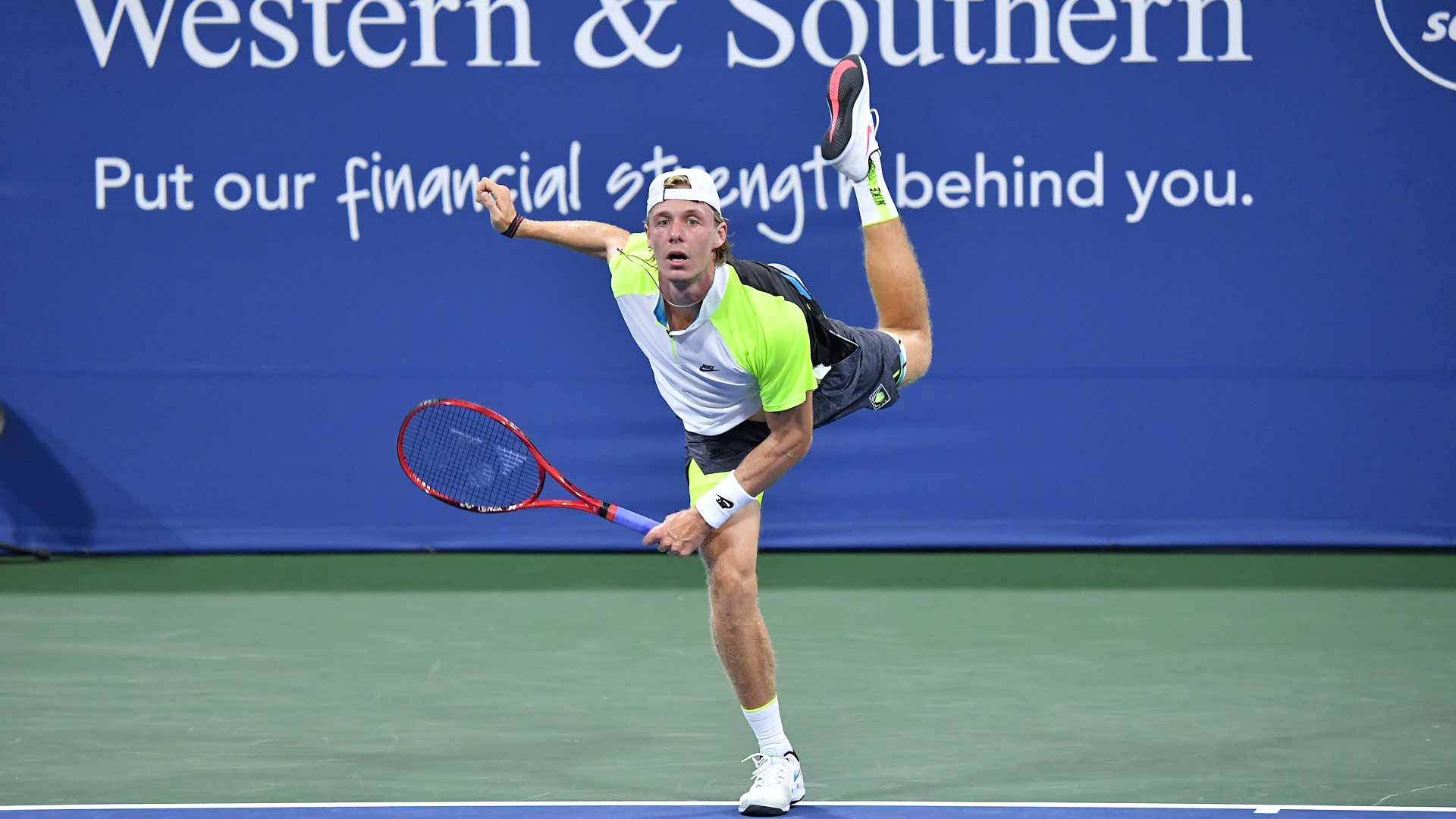 Denis Shapovalov wins all nine of his service games in a straight-sets victory against Marin Cilic in the first round of the Western & Southern Open. © Peter Staples/ATP Tour

Denis Shapovalov’s last win before the ATP Tour was suspended due to COVID-19 was against Marin Cilic at the Open 13 Provence in Marseille. It was only fitting that he returned to the court after more than five months with a triumph against Cilic, too.

The 12th-seeded Canadian was sharp in a 6-3, 6-3 victory against the 2016 champion to reach the second round of the Western & Southern Open.

"I don't think I could have played much better. It was a really tough draw to play Marin [in the] first round. He's such an amazing player, and he's proven that time and time again," Shapovalov said. "It was definitely not easy for both of us out there, so I'm really happy to get a win against him and start back really strong."

Shapovalov was dominant on serve, saving the only break point he faced in the 79-minute match. The lefty struck nine aces and won 60 per cent of his second-serve points compared to 29 per cent for Cilic.

World No. 37 Cilic has enjoyed success at the USTA Billie Jean King National Tennis Center, where the ATP Masters 1000 is being held because of the pandemic. In 2014, the Croatian won the US Open at Flushing Meadows. But Cilic struggled to gain an attacking rhythm from the baseline, with the shotmaking Shapovalov keeping the 31-year-old off balance with his overall aggression and crisp passing shots.

The 21-year-old is known to use the “oohs” and “ahhs” from the crowd to push him forward. But with no fans in attendance, Shapovalov still managed to keep his energy high throughout to take a 3-1 ATP Head2Head series lead against Cilic.

"I love the fans and I love the roar of the crowd when you hit an amazing shot. But when I was dialed in, focussed, I wasn't paying too much attention to it," Shapovalov said. "At the end of the day, it just came down to playing tennis. Definitely, it's different, but we have gone through it."

Shapovalov will next play another big-hitter in German Jan-Lennard Struff, who earned his first victory in his third ATP Head2Head meeting against Alex de Minaur 6-2, 6-4 in 81 minutes.

Struff has won three of his four clashes against Shapovalov. However, the Canadian was victorious in their only hard-court battle at the 2018 Rakuten Japan Open Tennis Championships, triumphing 4-6, 7-6(7), 6-4 after saving a match point in the second-set tie-break.